The federal government hopes to boost forest cover from 5% to 9% in the next 15 years (Photo: Curt Carnemark / World Bank)

The policy has, however, been formulated without consulting provincial governments, the private sector or local communities.

Experts say the federal government cannot implement the policy until provincial governments agree to allocate funds from their annual budgets to revive forests.

Forestry has become a provincial subject since Pakistan’s federal Ministry of Environment was devolved to provincial authorities under the 18th constitutional amendment back in 2010. The federal government is now powerless to implement the policy without local government support.

The new forest policy provides an umbrella framework for coordinating forestry related activities across the country.

Pakistan has one of the lowest rates of forest cover in the world, with only 5% of the country under cover. Pakistan is losing 27,000 hectares of forest every year, driven by a growing population and demand for wood, as well land encroachments and the failure of the government to clamp down on the timber mafia.

Forests in the northern provinces of Gilgit-Baltistan and Khyber-Pakhtunkhwa are under particular pressure. Deforestation is seen as one of the main reasons behind the floods and devastation of recent years.

The new policy envisages increasing the forest cover from 5% to 9% in the next 15 years. It requires federal and provincial governments to carry out environmental impact assessments for all new projects. It also includes new approaches to forest conservation such as REDD+,  a global financial instrument that provides carbon credits for standing forests, said Malik Amin Aslam, global vice president of International Union for Conservation of Nature and chair of northwest Khyber-Pakhtunkhwa’s Green Growth Initiative.

Other positive aspects include plans to establish cross border ecological corridors to protect and regenerate forests and offer financial incentives to forest communities to reverse deforestation.

“The calculation of carbon footprints for economic activity and instituting carbon offsetting measures through forestry are commendable points in the policy and they must be implemented in letter and spirit,” Aslam said.

There are plans to set up new institutions which may duplicate the efforts of existing ones like the Pakistan Forestry Institute, Aslam also pointed out. “Instead of creating competing institutions, it would be much better to focus on funding and supporting established ones,” he suggested.

Ali Tauqeer Sheikh, chief executive officer of LEAD-Pakistan and Asia director of the Climate Development Knowledge Network, says the ministry needs to win support of the provincial governments, private sector and communities to implement the policy.

“The federal government should convince the provinces to allocate sufficient funds in their respective annual budgets to ensure implementation of the policy,” he said.

The economic value of the forests should be calculated and linked to the environmental costs of curbing deforestation and preserving forest cover.

Pakistan’s forests hold 213 million metric tonnes of carbon stock, while 6.6% of the country’s greenhouse gas emissions came from land use change and forestry in 2011, says Global Forest Watch. The forestry sector contributed US$1.3 billion to the economy in 2011, about 0.6 % of the country’s GDP.

Dr Qamar-uz-Zaman Chaudhry, a climate change expert, said lack of forests makes countries more vulnerable to climate change. “Mass afforestation is the easiest solution to tackle adverse impacts of the climate change and implementation of the forest policy would be beneficial for the country,” he said.

He said that Pakistan can claim international finance if it prevents forests from being converted to agricultural land and addresses the needs of communities dependent on forests for livelihoods.

Pakistan could benefit from the UN mechanism REDD+ (Reducing emissions from deforestation and forest degradation) and other available international finance now these have been included in national policy. “The respective provinces should follow up on this by framing investor friendly rules for REDD+ to mushroom in the country,” Chaudhry said.

Arif Ahmed Khan, secretary at the Ministry of Climate Change, admits that provincial governments are not cooperating with the federal government despite the importance of the issue at a national level.

“We have written separate letters to chief secretaries of all provincial governments for their feedback on the policy but have not received a single reply from anyone so far,” he said.

His ministry is planning to take up the issue with the Council of Common Interest (CCI) – the body mandated to resolve disputes between the federal government and provinces –to reach a consensus agreement on the national forest policy.

“We don’t need any international financial support at this level to implement the policy rather there is need to correct our own behaviour towards forests,” he said. 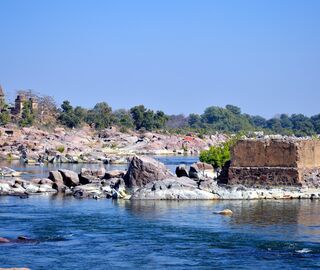