The 24th Conference of the Parties (COP24) to the United Nations Framework Convention on Climate Change is underway in Poland. Activists around the world are protesting against coal companies. In Pakistan, activists have announced they will form an Anti-Coal Alliance of people in Pakistan to oppose the use of coal in power generation. 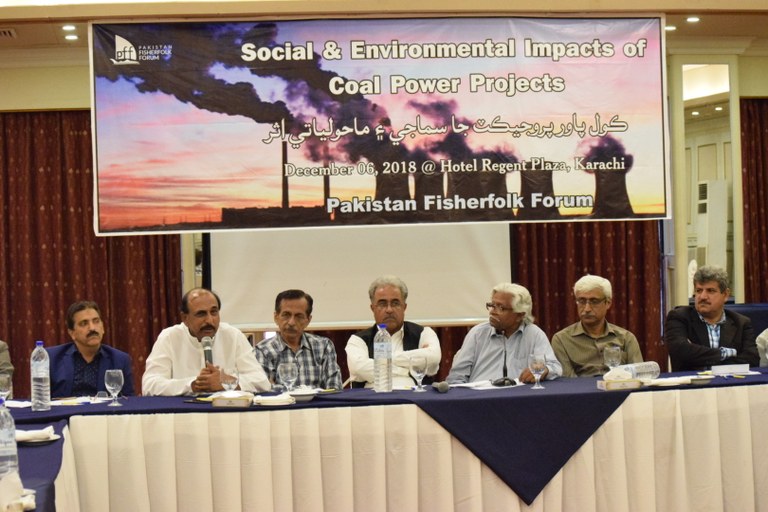 Heads of the Pakistan Fisherfolk Forum have formed an anti-coal alliance and are working to bring the issue to a global level / Credit: Amar Guriro

Pakistan Fisherfolk Forum (PFF), a civil society group which is working for the empowerment of fishers, has announced that apart from being a part of the Anti-Coal Alliance, PFF would also march on foot to highlight the issue at an international level.

Talking to Daily Times at the end of a seminar titled ‘Social and Environmental Impacts of Coal Projects’, Shah said that coal mining in Thar would completely destroy the unique desert region. It is worth mentioning that Thar is home to 1.6 million (m) people, seven m livestock and several species of wildlife such as blue Indian peafowl, deer, foxes, nilgai and many species of birds and plants.

The Thar Desert, along the Indian border in eastern side of Sindh province, has estimated coal deposits of around 2,000 trillion cubic feet. It is here that the Chinses are helping Pakistan tapping into its coal reserves. “China itself is shutting down its coal based power plants, but surprisingly, it is helping Pakistan excavate coal,” said Shah. “Why is this happening?”

Underlining the need to form an Anti-Coal Alliance to resist use of coal in power generation, Shah announced that an Anti-Thar Coal People’s Caravan would be launched in February next year in collaboration with local affected people.

“The inauguration ceremony would be held in Islamkot town in Tharparkar and local participants would travel by foot in a two-week long caravan in the Thar desert,” Shah told Daily Times. He said that the proposed anti-coal caravan would pass through various cities, small towns and villages in lower Sindh. It will start from Tharparkar district and pass through Umerkot, Sanghar, Nawabshah, Matiyari, Hyderabad, Tando Muhammad Khan, Badin and Thatta to reach Karachi.

Sindh province is more prone to climate change due to its geographical location, compared to other provinces and there are apprehensions that sub-standard and inefficient technology will be transferred to Sindh and the power plants in the region would be using imported coal instead of local coal, said Shah. “This will adversely affect the environment and ecology. If such conditions prevail and the environmental degradation continues, Sindh will be destroyed completely.”

A proposed power plant complex at Port Qasim in Karachi is another major threat to local environment, Shah added. Two 660 megawatt (MW) supercritical coal power plants are being being built in Port Qasim since May 2015 as a part of the China Pakistan Economic Corridor (CPEC). “These projects will be run on imported coal and a separate terminal is being constructed at Port Qasim,” he stated.

“These power plants will destroy the marine ecology and will be extremely harmful for the fishing communities of areas,” said Shah. “Burning coal is the largest single source of carbon dioxide emission in the world and coal transportation has affected lives of people living in the surroundings of the port and nearby areas.”

Shah added that the oceans are vital ‘carbon sinks’, meaning that they can absorb huge amounts of carbon dioxide and prevent it from reaching the atmosphere. “Dumping factory waste and effluents in the sea makes oceans more acidic and raises sea temperature,” he explained.

He further said that coal was responsible for over 800,000 early deaths every year globally and many more suffered from diseases because of it. “Around 670,000 people die prematurely per year in China as a result of coal related air pollution,” he said, adding that in the US coal kills around 13,000 people annually.

Earlier, a resolution passed at the end of the seminar demanded that all coal power plant be closed down in Pakistan and power be generated only through renewable energy.

The speakers, including members of civil society, representatives of labor unions and communities affected by coal mining and coal power plants, expressed serious concern over degradation of the environment and loss of livelihood of local people. They demanded that the government protect rights of local population. They also stressed the need to adopt alternative energy sources like wind and solar instead of coal.

The PFF chairman briefed the seminar participants about threats of coal power plants to environment and biodiversity. He also briefed the audience on the devastating impacts of coal mining on the environment and health of local communities. He said that transportation of coal in the different cities of the county from ports was affecting the communities living in the surrounding areas because of coal dust. “Transportation, lifting and dumping of coal in the absence of any measures has badly affected the areas and whole area of port Bin Qasim remains covered in a blanket of coal dust,” he informed the participants.

Senior historian Gul Hassan Kalmati said that a private transport company that carried imported coal from Port Qasim was not just violating the rules but also posing a threat to the local community. “Private companies carry imported coal from Port Qasim to different cities of Punjab through train but instead of transporting coal in train, a company made an illegal dumping site beside Railway Colony near Gaghar Phatak,” he said. He further added that people of residential areas were suffering from respiratory illnesses, cardiovascular diseases, eye infections and lung cancer due to inhaling polluted air. He also said that the health of the people would get worse if they continued to inhale coal dust.

Senior environmental expert Nasir Panwar said that coal combustion spewed out a toxic brew of large quantities of carbon dioxide, sulphur dioxide, nitrogen oxides, mercury and other polluting matter. “Below ground, in some abandoned mines, coal burns in the oxygen-filled seams giving off CO2, methane, mercury and at least 40 toxic compounds that can escape through the soil and underground aquifers,” he added. 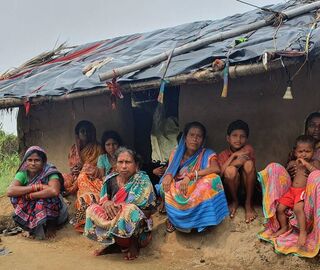