As the illegal wildlife trade flourishes along new trade routes to China, the endangered pangolin is disappearing from Sindh, one of Pakistan’s biggest provinces. 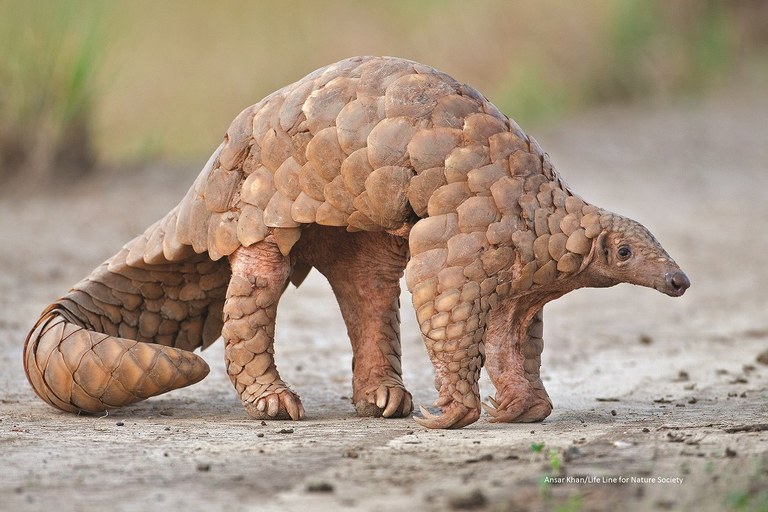 “The pangolin is killed because of its scales, which are its enemy,” said Javed Ahmed Mahar, conservator at the Sindh Wildlife Department in southeast Pakistan. The scales are used in traditional Chinese medicines, “thus, it is being smuggled from the province [for sale in China].”

Pangolin scales are keratin, the same substance as that of human fingernails. Mahar said that some are so strong they are used to make crude bulletproof jackets as well.

In the past, the pangolin, also known as the scaly anteater, lived throughout the forests of the province. But since the colonial period, Sindh has been converting its forests to farmlands. This slow transformation over the last century and a half has turned Sindh into the province with the best irrigation system in Pakistan, but 80% of its forests have disappeared. As a result, the pangolin population has moved to the less irrigated, muddy areas of Koh-e-Sulaiman in western Sindh, bordering Balochistan. Mahar estimated that only 5 percent of Pakistan’s pangolin population now remained in Sindh, with the rest in Punjab and Kashmir.

One of the challenges of dealing with the shy mammal is that there are very few estimates of its numbers. There are eight species of pangolin across the world, and one, the Indian pangolin, is indigenous to Pakistan as well.

But on its Red List of threatened species, the International Union for Conservation of Nature (IUCN) notes, “There is virtually no information available on population levels of any species of the Asian pangolin. There is a lack of research on population densities and on local, national and global populations.”

It goes on to state that, “In Pakistan, research in the last three years into the ecology of this species in the Potohar Plateau, Punjab province, has documented rapid population declines locally as a result of illegal killing to obtain scales for international trade.”

Sometimes the creature is killed simply because it looks strange. Ghulam Sarwar Jamali, a former official of the Sindh Wildlife Department, said that people react in fear to the sight of the pangolin, given its unusual shape and scaly skin, and often attack it.

“It is harmless for the people, but they think it will attack them,” he said.

In a study, one of the very few conducted in Pakistan, respondents in Kashmir expressed an unreasonable fear of the mammal. Of the 268 people interviewed, “86 percent of respondents thought that Indian pangolins excavate graves and feed on human dead bodies.”

The far graver threat to the pangolin, though, is poaching for the smuggling of its parts to China. In October 2018, Sindh Wildlife Department teams raided an area of the port city of Karachi and seized 16 bags filled with pangolin scales.

One person close to the trade said that pangolin scales fetched US$3,000 per 20 kilograms in the Chinese market, more than the annual average income. This makes it hard to enforce laws designed to stop the illegal trade. About 80 percent of the scales captured during the raid never reached the department, disappearing en route. The rest were stolen from the custody of the department along with other evidence, said Mahar. 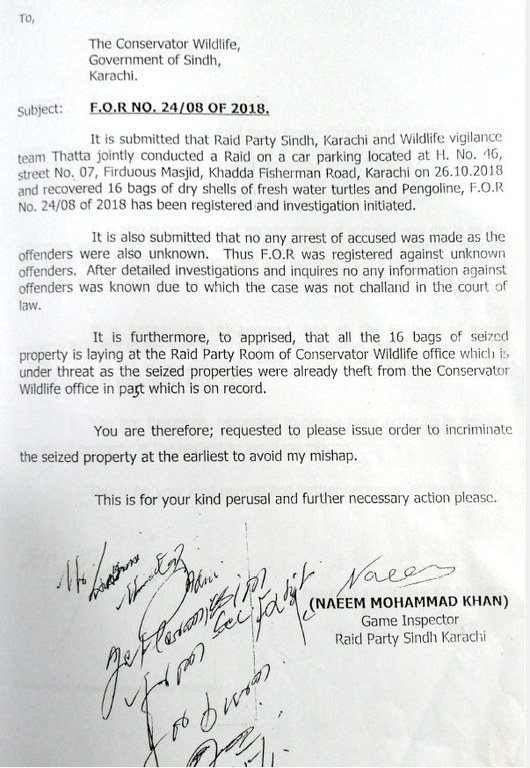 Yet the courts have never initiated an inquiry into the disappearance of the pangolin parts, no one has ever been prosecuted for the theft, and the department officials from whose custody the scales and other goods were stolen have escaped any censure.

The work of the forest department is also hampered by the fact that wildlife departments in Pakistan are overwhelmed. The Sindh Wildlife Department, for example, has sole responsibility for the protection and conservation of local as well as migratory animals and birds in the province, but staff say they do not have the resources to manage such a task.

“Funds are not enough even for wildlife conservation,” said one official.

As a result, the department does not carry out any survey of the fauna it is supposed to be protecting, whether the pangolin or any other animal. Small-scale surveys are being conducted only on migratory birds, said the official. Without such data, the department is completely dependent on anecdotal knowledge when it comes to the distribution of the animals, their number, and the level of their decline.

Some officials say pangolin meat is being sold in the local market in Pakistan because people coming from China like it. A large number of Chinese people stay in Karachi, working on projects related to the China-Pakistan Economic Corridor (CPEC). But these allegations have never been formally investigated or proven.

International concern over the pangolin, the most trafficked animal in the world, according to researchers, is revealing new data about the illegal trade of pangolin parts, even if governments are slow to act. WWF Pakistan recently conducted a detailed survey in animal markets to assess the scale of the pangolin trade from different cities in Pakistan (Lahore, Peshawar, Rawalpindi/Islamabad and Muzaffarabad), and the routes and processes through which they were trafficked.

“It was observed that all were involved in the illegal trade of all species of wildlife, including Indian pangolins, and other CITES-listed species,” the report said, referring to the Convention on International Trade in Species, a multilateral treaty aimed at protecting endangered plants and animals.

“Derivatives of mammals, reptiles, birds, and invertebrates are being sold by street vendors and herbalists. These medicines are commonly sold in the form of powder and ointments and used to cure muscular and joint pain and are believed to have aphrodisiac properties,” the report noted.

Karachi and Lahore hosted the highest numbers of shops dealing in the illegal wildlife trade followed by Rawalpindi, Peshawar and Muzaffarabad. Airports in Lahore, Karachi and Rawalpindi are critical to the international pangolin trade, the survey found. The China and Afghanistan borders are also highly strategic places where there is high potential for this trade. So far, though, limited surveillance has meant that there is no evidence as to whether these borders are being used for this purpose.

Riaz Hussain, a wildlife zoologist and a member of the IUCN Species Survival Commission Pangolin Specialist Group, said, “Massive smuggling of pangolins has been recorded from Kashmir and Punjab to China.”

Hussain’s group has registered 50 cases against people involved in the smuggling of pangolins but it’s unclear whether this effort or other factors have led to a slight decline in smuggling in Punjab in recent years.

Hussain, who is also chairman of the Zoology Department at Horizon Postgraduate College in Chakwal, said that there was no government protection for the pangolin in Pakistan.

“In October 2018, a meeting was held at the Ministry of Environment to look at this matter and a draft was prepared, but no follow up meeting was held.” He said that practically no action has been taken.

Before big challenges like that are dealt with, however, conservationists say the public perception of the pangolin has to change.

Abdul Ghaffar Bhutto, a teacher of zoology, referred to a story published a few years ago by a local Sindhi newspaper, Kawish, that said a dangerous animal was being caught by people in the area. The animal photographed was a pangolin.

Bhutto wrote to the editor of the newspaper to complain, explaining that the pangolin is an innocent anteater.

There needs to be a better understanding of the animal and its plight, both among the general public but also among the media, Bhutto said. Its portrayal as a dangerous animal is putting it in further jeopardy, he added.

This is part of a special reporting series supported by EJN on threats facing the pangolin. Read our earlier stories here: 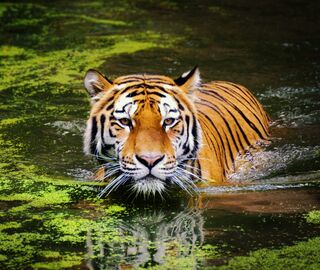 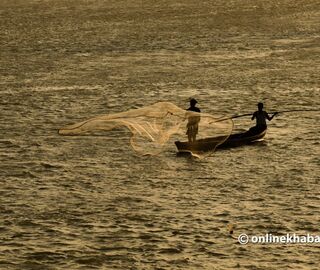 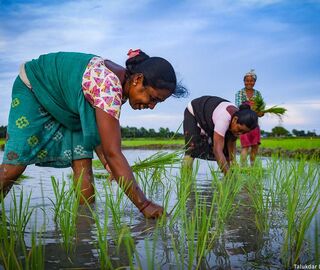