Pandemic turns a lens on what's driving the wildlife trade

Pandemic turns a lens on what's driving the wildlife trade

This is Part 2 of a two-part story on how wildlife trafficking helps spread zoonotic diseases. Read Part 1 here.

MANILA, Philippines — As the coronavirus pandemic sweeps across the globe, experts say governments must take advantage of the narrow window of opportunity to permanently turn the tide on wildlife trafficking.

At the heart of the illicit trade is Southeast Asia, where countries serve not only as sources of and destinations for trafficked animals but also as transit points for bigger markets, such as China, Japan and the United States.

“What needs to be worked on more are the transboundary issues,” said Theresa Mundita Lim, executive director of the Association of Southeast Asian Nations' (ASEAN) Centre for Biodiversity. “We need to put more effort into enforcement. One country cannot do it by [itself].”

A recent report by international wildlife group Traffic showed that by the turn of the century tens of thousands of wild animals, including critically endangered species and their by-products, were seized in several operations in Southeast Asia.

From 2017 to 2019, for instance, Traffic estimates that over 96,000 kilograms of pangolin scales were seized from Malaysia, Singapore, and Vietnam, representing about 94 percent of total scales confiscated in the region.

“Not a day goes by without a wildlife seizure taking place in Southeast Asia,” said Kanitha Krishnasamy, the group’s regional director. While such seizures are commendable, the basic enabling factors that continue to drive the trade, such as lax enforcement and low rates of conviction, must be eradicated, she said.

With several countries, including the Philippines, imposing lockdowns to contain the spread of the coronavirus disease (COVID-19), wildlife experts say there may be a reduction in demand due to stricter border controls and limited movement.

“There will definitely be a slowdown,” said Edward Lorenzo, wildlife crime prevention adviser for Protect Wildlife, an initiative from the U.S. Agency for International Development (USAID) working on biodiversity conservation in the Philippines. “However, we need to consider a shift of poachers and traffickers to hardier species that can be confined for longer periods of time.”

Moving forward, governments must also step up to address the continuous demand in major markets.

For one, Beijing should cease its promotion of traditional medicine, where ingredients are often sourced from endangered animals like pangolins, tigers and bears, said Peter Li, an associate professor of East Asian politics at the University of Houston.

While Beijing imposed a comprehensive ban on the trade and consumption of wild animals following the COVID-19 outbreak, it also recently promoted the use of traditional medicine that contains bear bile to treat severe cases of the virus.

Conservationists say this was a contradictory approach to the earlier imposed ban, while the World Health Organization said there remains no known cure for COVID-19.

“As long as the Chinese government continues to support wild animal parts in traditional Chinese medicine and support captive breeding of wild animals, wildlife trafficking bound for China will not stop,” Li told the Inquirer.

Since the virus that caused COVID-19 has leaped from animals to humans, conservationists say the current health crisis must also open people's eyes about wildlife consumption.

Li said the misconceptions that threatened and exotic wildlife are a staple of typical Chinese cuisine — a heavily perpetuated description following the spread of the virus from Wuhan, where the outbreak was first recorded — must also be broken down.

“Wildlife eating has been mostly promoted by traders and exotic restaurant owners as food for health, for sex or for fighting disease,” Li said, adding that “heavy” wildlife meat, such as bear paws and snakes, are “typically consumed by the rich and powerful as a status symbol, at the risk of public health.”

Still, governments must also address wildlife consumption that is driven by the lack of access to meat and protein, particularly in poor communities.

This is the same poverty that also drives locals to work as poachers and hunters for big-time wildlife traffickers.

“For poor communities and indigenous peoples, wildlife is food. It’s one of the easiest sources of protein, and in some areas, maybe the only source of protein,” Lorenzo said. “Although if you look at harvesting practices, local consumption would not even come close to commercial harvesting.”

In the Philippines, current wildlife law prohibits the killing of wildlife, with some exceptions, such as if it is done as part of a religious ritual by established tribal groups or indigenous communities.

But Lim, who formerly headed the Biodiversity Management Bureau of the Department of Environment and Natural Resources, said that there is also a need to explain to communities why some practices may need some changing.

“In some indigenous communities in Luzon, they would hunt wild pigs. But because of the wildlife act, they had to shift to domestic animals,” she said.

As scientists and health workers strive to contain the pandemic, Lim expressed hope that governments would remain vigilant in addressing wildlife trafficking and trade, so that such outbreaks may be prevented in the future.

“What happens is when the cases drop, we forget about it and go back to our old practices,” she said. “[The lessons here] should be [impressed on] the minds of people… We don’t want to wait for [another outbreak] to come.”

This story was produced with the support of Internews’ Earth Journalism Network. It has been updated for republication here.

Philippines
Wildlife and COVID-19: What the public can do 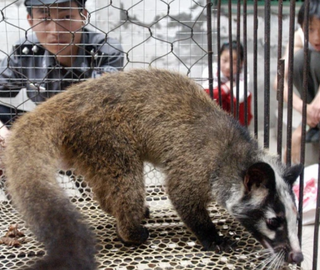