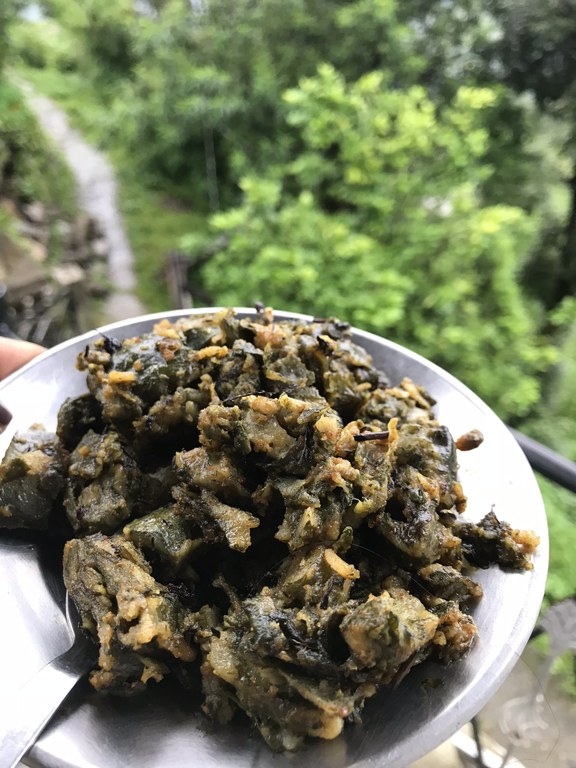 A plate of patyur, a traditional Uttarakhandi snack made with steamed and sauteed local greens. The local women’s collective, Maati Sangathan, plans to start a café here to celebrate regional delicacies like this one / Credit: Amrita Gupta

For the mountain-dwelling communities of Uttarakhand, India, severe climate change impacts are not some distant threat. They’re already here. Hill agriculture, which was always marginal, is less productive due to environmental shifts impacting weather and soil nutrients. The region also finds itself grappling with high rates of out-migration as people look for work elsewhere.

In the final episode of this three-part series, reporter Amrita Gupta discovers that the region is at a crossroads of sorts. Will the farming crisis in the hills be solved with technology and modern advances? Or will it be the indigenous seeds of old that safeguard vulnerable communities against a new and unfamiliar climate?

The women farmers of Sarmoli in Munsiari are betting on the latter. They've created makeshift seed banks in their cupboards as a way to conserve traditional seed varieties. Meanwhile, at Navdanya seed bank, more than 700 native paddy varieties have been conserved. As part of its efforts to protect biodiversity and seed sovereignty, Navdanya has cultivated several of these varieties on its experimental farm so farmers from across the country can select alternatives to patented or hybrid seeds. 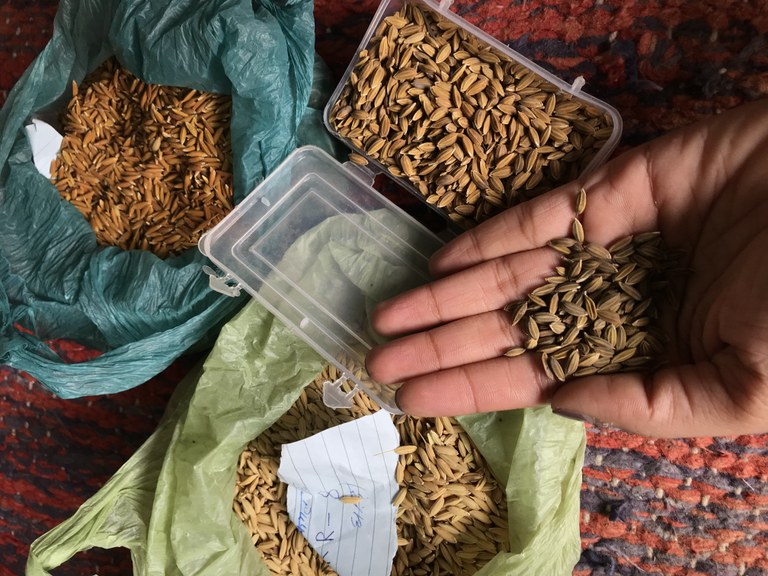 Pictured here are several varieties of rice that continues to be grown organically / Credit: Amrita Gupta.

Still, older seeds like finger millet, once a staple grain in these hills, have been largely replaced by wheat, now the main ingredient used to make rotis in most rural households in Uttarakhand. Millet is more tolerant to harsh climatic conditions, but women say it's difficult to get their children to eat it because they don't like the taste. A number of women's self-help groups are working to change that by experimenting with recipes to show people that what's traditional can be tasty too.

And while millet has long been a crop that women grew just for the household, environmental activists like Vandana Shiva say if it is valued as more than just a subsistence crop, that would directly empower the women who make up the bulk of the agricultural force here and serve as a source of livelihood security.