Philippines’ climate action plan must be transparent, coherent and credible

Philippines’ climate action plan must be transparent, coherent and credible

Climate-vulnerable Philippines is all set to take the center stage at the upcoming international climate change summit in December as it prepares to submit its ambitious climate action plan to the United Nations. But various civil society groups clamor that the Intended Nationally Determined Contribution (INDC) climate action plan must be “sincere, transparent, robust and transformative.”

In the past few months, the Climate Change Commission have conducted series of consultation with various sectors from the local government units, business, private sectors, climate experts and civil society groups in crafting mitigation and adaptation strategies to be included in the national climate action plan.

Mary Ann Lucille Sering, Vice-Chairperson of the Climate Change Commission, said the plan have to be reviewed and approved by President Benigno Aquino III before submitting it to the secretariat of the United Nations Framework on Climate Change (UNFCCC) before the end of this month.

In December, 196 countries will gather in Paris for the 21st Conference of Parties (COP21) to shape a global agreement that will curb greenhouse gas emissions responsible for climate change. The ambitious goal is to keep emissions below 2 degrees Celsius by the end of the century. 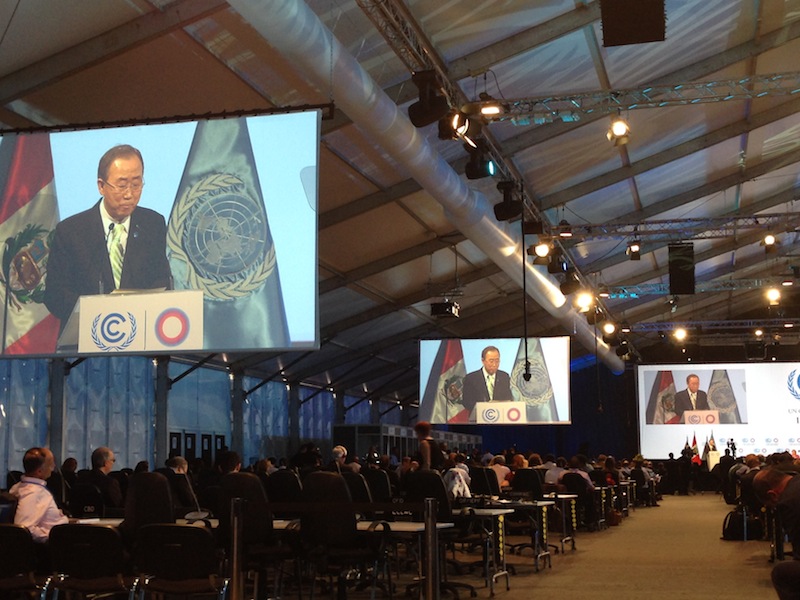 So far, 59 countries have formally submitted their INDCs to the United Nations ahead of the climate change summit, mostly from leading economies like the United States, European Union member states, Russia and Canada.

With many countries in the Asia-Pacific at the frontline of the fight against climate change, climate advocates and environmental groups said Philippines can lead in taking adequate action, play significant and influential role at the final outcome of the climate agreement in Paris but that is if its climate action plan is “sincere, transparent and ambitious enough”.

Sano, who traveled from Manila to Vanuatu, Australia, India and some parts of Africa, United States and soon ending in Europe, explained that for the climate action plan of the Philippines to be robust, it should become a policy pillar, embodying political will and embraced by all government agencies, withstands the test of political change, and have the support of a vast range of sectors of society.

Comprehensive, he said, means it should encompass climate mitigation actions, adaptation measures, and means of implementation, and cross cutting strategies that integrates the issues of poverty, gender, and sustainable development.

“Mitigation contributions should also cover all sectors energy (power, transport, energy efficiency), land use, waste, green building, and industry. Adaptation measures must be focused on food and water security. It is very important that the Philippines’ nationally determined climate contributions to be offered to the negotiating table has a very strong climate finance strategy to mobilize and secure resources from the international community while also optimizing the national budget to ensure programs are coherent and responsive to adaptation needs at the grassroots,” Sano explained to the Philippine EnviroNews.

On being transformative, Sano added that he climate actions the country must pursue is integrated into the development agenda that fosters economic resilience, protection of the environment, and promotion of people’s well being.

“As such, the Philippines must make it clear it intends to leapfrog from its current energy infrastructure dominated by coal to a truly transformed development model that relies on renewable energy,” he said. “ The country’s climate plan can only be coherent and credible if it embodies a phase-out from dirty fossil fuel dependence and strongly pushes for a development model that does not rely on the market logic. It must embrace a paradigm that insulates the economy from the vagaries of the global industrial model. “

Sano, said he and his group of climate advocates from the People’s Pilgrimage will arrive in Paris on November 28. In terms of actual physical steps, Sano said they have covered more than 5 million footsteps covering the Philippines, Vanuatu, Australia, India.

The pilgrimage has also garnered support from all over the world, with people from different communities embarking on their own walks.

“The fight for climate justice continues and we are nowhere near our aspiration of seeing world leaders and their governments acknowledge climate change as an issue of equity and justice, or as a problem that affects human rights,” he said.

Together with 20 Filipinos and many friends from other countries, Sano said they will start walking from Rome on September 30, literally carrying a copy of Pope Francis’ eco encyclical Laudato si’ and arrive in Paris in time for the climate change negotiations.

Last week, representatives from 200 countries ended its weeklong negotiations in Bonn without a major breakthrough or whether agreement reached in Paris will be strong enough to reach a global goal of preventing a 2-degrees Celsius rise in global temperatures.

Jasper Inventor, Climate and Energy Campaigner of Greenpeace, said a weak deal is looming in Paris summit in December should countries fail to address sticky issues such as finance, technology and political will from the governments.

“It is likely that there will be a climate deal in Paris. But if we take into account the current climate action plans of countries, it will be a weak deal that will move the world towards a dangerous climate with irreversible impacts,” Inventor said. “ What is missing is ambition, political will and the desire to phase out fossil fuel use and transition towards a future completely powered by renewable energy.”

On the Philippines’ climate action plan, Inventor said civil society groups have yet to see the full plan to be revealed by the government.

“We are yet to see the Philippines full climate action plan.  The entire process not only lacked transparency but failed to meaningfully involve and get inputs from civil society,” Inventor said. “As one of the most vulnerable countries in the world, it is only proper that the Philippines climate action plan includes putting a stop to the construction of new coal-fired power plants and start the country’s transition towards a 100% renewable energy future.  It is the right thing to do.”

Climate change, not an abstract threat

The crucial climate change conference comes in a year where the impacts of climate change are experienced, understood and acknowledged more than ever before, climate expert Rosa Perez said.

“Philippines is more aware now on the threats of climate change. But what we are seeing is that there are more extreme weather events, the temperature is increasing, flooding occurrence, more intense and variable rainfalls and the scientific community believe that it is influenced by climate change,” Perez explained.

Perez, however, acknowledge the collaboration of the Philippine government with climate experts in looking at climate mitigation and adaptation measures.

While the country stands at a crossroads in its energy mix with the expansion of coal-fired power generation and use of less-intensive form of energy, Zelda Soriano, political advisor of Greenpeace Southeast Asia, said government leaders in Asia, including the Philippines, must ensure a low-carbon development path and climate-resilient economy through promotion of renewable energy.

“We are urged our governments to strengthen their unity through common positions and concrete programs and projects that will meet long-term objective that is reducing carbon emission and resilience of countries to climate change,” Soriano said. “ We cannot continue with a business-as-usual scenario if we want to ensure our safety and that of future generations.”

According to Gerry Arances of the Philippine Movement for Climate Justice, the present administration has approved the operation of 27 coal projects, and 118 coal mining permits, with 15 more coal plant projects still in the pipeline.

“We call on our government to move away from its growing dependence on dirty energy and shift to renewable sources. The health, environment and livelihood of the communities are being threatened and destroyed,” Arances said.

Climate Change Commissioner Heherson Alvarez, on the other hand, said that “it is unfortunate that this is being done with little transparency and without public debate.”

“The official attitude seems to be that, since the Philippines is not a significant emitter, the crucial pledges should be made by the industrial nations. This attitude is so wrong,” Alvarez said in a statement.

Alvarez said that firstly, the Philippines “has bound itself to submit contributions that are fair and ambitious in the light of our national circumstances.” Since private industry will bear the brunt of cutting emissions, there is a need for total transparency in order to build responsibility, trust, and accountability with all stakeholders, he said.

Alvarez added that the country has also agreed that the collective INDCs shall be the basis for global action toward a low-carbon, climate-resilient future. And as the nation most vulnerable to climate impacts, the Philippines can demonstrate that emissions reduction is compatible with sustainable development and poverty reduction.

“Equally important, by seriously defining our INDCs, the Philippines will also be in a position for priority assistance with regard to finance, technology, and capacity-building from international funding agencies. Thus, to submit commitments that are run-of-the-mill will subvert our larger interests and likely embarrass the next administration,” he said.

But many observers still believe that the Philippines has the capacity to inspire other poor, vulnerable nations, being the chair of the Climate Vulnerable Forum and is actively engaged in the UN climate bodies such as the Green Climate Fund. It can play a significant role in the international climate negotiations as strengthened by French President Francois Hollande's visit to the country earlier this year with the “Manila Call to Action on Climate Change”.

Is Asia's Fossil Gas Push a Bridge to Nowhere?

In Coal-Hungry Indonesia, Dirty Fuels Are Made ‘Renewable’

Despite Promise, Natural Gas Faces a Difficult Road to Power in Vietnam 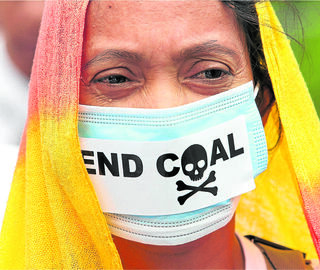