The Philippines said it is “moving ahead with urgency” in cutting its greenhouse gas emissions through localized climate change interventions and transition from coal to clean energy, but experts and observers want the government to do more.

In a speech delivered during the high-level segment of the 2021 United Nations Climate Change Conference of the Parties (COP26) on Tuesday, Finance Secretary Carlos Dominguez enumerated “concrete actions” to demonstrate the country's so-called leadership in fighting climate change.

Dominguez leads the government's 19-member delegation to COP26, which is billed as humanity's last, best chance to keep global temperature rise under control.

In a national statement delivered at the Scottish Event Campus, the finance chief cited the government’s new panel of technical experts on climate change, which is composed of scientists, and medical and disaster risk reduction practitioners from different regions who will implement programs on climate change in their localities.

“We shifted from theorizing about climate change to executing practical adaptation and mitigation projects on the ground,” Dominguez said.

He also mentioned the government’s sustainable financial roadmap that sets the guiding principles creating the environment for greener policies, as well as the energy transition mechanism facility, which aims to fund the early retirement of coal-fired power plants and replace them with renewable energy alternatives.

In 2020, the energy department declared a moratorium on new coal-powered generators. It, however, does not include previously approved projects that are already in the pipeline.

Aksyon Klima convenor Rodne Galicha said the implementation of programs must be transparent.

“[We need to ask:] Whose definition, whose mechanism should be adopted, and what’s the role of civil society, of other sectors when it comes to such programs?” Galicha said.

Early this year, the Philippines also committed to slashing its emissions by 75% by 2030. But a bulk of this commitment, called Nationally Determined Contributions (NDC), is hinged on foreign funding and assistance.

Negotiations in the UN climate summit, which is designed to reduce emissions and stem global warming, have entered the crunch point. A draft decision text urged countries to raise emission cutting goals by next year after data showed the current pledges fall off track to cap warming to 1.5 degrees Celsius.

“We have very high expectations for COP26 to become not just merely an annual platform for discussion, but a catalyst for concrete action plans. It’s time to do some actual work on the ground and build a framework for climate justice,” Dominguez said, as he called on the world’s biggest polluters to finance the grants, investments and subsidies needed by climate vulnerable nations.

Environmental lawyer Tony La Viña called the national statement “good” as it presented justifications to the claim the country is a leader in fighting climate change.

But are the government’s commitments good enough? No, he said, noting more work needs to be done on agriculture and forestry.

“We signed up to the methane pledge and need to back that up with targets and actions. Same with forestry. We signed up to the deforestation pledge but forest actions are not even in our NDC,” said La Viña, associate director for climate policy and international relations of Manila Observatory.

Last week, some 100 countries pledged to reduce emissions of greenhouse gas methane by 30% and reverse deforestation by the end of 2030.

Denise Fontanilla, associate for policy advocacy of think tank Institute for Climate and Sustainable Cities, said the DOF has yet to promote the transition of small island grids to hybrid power systems, which could bring down the dependence and costs associated with diesel.

Galicha also stressed the importance of transparency and inclusivity in the process of crafting the positions of the country.

“The civil society, the academe, were not consulted when it comes to the positions to be given,” he said.

Fontanilla said the government also needs to stop its fixation on energy policies as the only means to tackle climate change.

“Much of the climate needs in the country are intrinsically rooted in actual development needs of the working public,” Fontanilla said, citing mobility that does not require ownership of private cars, adequate and healthy food, and clean air and water.

“It’s time we see the urgent need to protect small business interests. To make everything more resilient, we need to upgrade everything, from infrastructure, agriculture, supply chains, tourism,” she added.

Lastly, humanities must be integrated more in scientific and policy making, said Fontanilla, to “reach more people and work on more creative and holistic solutions to the climate crisis.”

This story was originally published in Philstar.com on November 11, 2021. It was produced as part of the 2021 Climate Change Media Partnership, a journalism fellowship organized by Internews' Earth Journalism Network and the Stanley Center for Peace and Security. 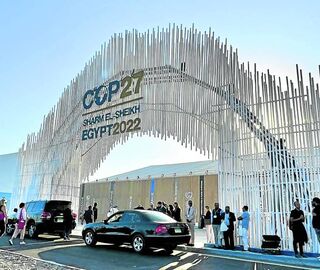 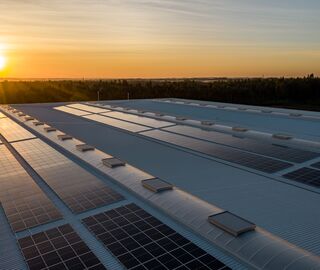