The Philippines asked rich nations to fulfill their financial commitment to developing countries to help them adapt to the devastating impacts of climate change.

Speaking before the Asian Infrastructure Investment Bank’s annual meeting this week, Finance Secretary Carlos Dominguez said the Philippines is "not yet a financial powerhouse" but is already moving to address climate change.

"We need the Western countries to take responsibility for having contributed and continue to contribute the most to greenhouse gas emissions," Dominguez said in his speech.

"They must be given the greater burden of paying for the grants, investments, and subsidies needed for the most climate-vulnerable countries to mitigate the effects of global warming," he added.

The remarks of the finance chief, who is also the chairperson-designate of the Climate Change Commission, came ahead of the high-stakes United Nations climate conference, known as COP26, in Glasgow, United Kingdom.

Dominguez will lead the country’s 19-person delegation to COP26 as the chief negotiator and official representative of President Rodrigo Duterte.

Climate finance remains a sticky issue in this year’s negotiations.

In 2009, rich nations vowed to contribute $100 billion a year to help developing nations combat climate change. The target was meant to have been reached in 2020, but the goal is now expected to be attained in 2023, according to a report put together by officials from Canada and Germany.

The Manila-based Institute for Climate and Sustainable Cities said that meeting the goal three years late will undermine the crucial talks in November.

"Rich countries have moved the goalposts even further for vulnerable countries such as the Philippines, and this sets aflame whatever fabric of trust they have been seeking to weave in order to uphold the Paris Agreement," said Denise Fontanilla, ICSC associate for policy advocacy.

"Finance delivered at the right scale, timeline and modality is a prerequisite to the climate emergency pact the world expects in Glasgow. Instead of flailing with a quiver full of excuses, they need to bring a delivery plan that fulfills rich country promises," she added.

The Asian Peoples' Movement on Debt and Development said the funding of $100 billion per year is not enough to cover the developed nations' fair share of climate mitigation and adaptation actions.

"Even reaching $100 billion by COP26 may be an improvement from the current situation, but certainly that is not something that wealthy nations should be proud about. That would be shameless of them," APMDD coordinator Lidy Nacpil told Philstar.com.

For example, the United States, the largest historical emitter, must provide at least $800 billion until 2030, she said.

"We have to push for a great deal, more for them to meet their obligations. We are not begging for help, we are demanding reparations," Nacpil said. 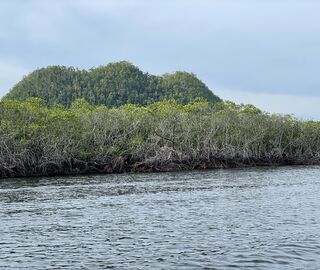 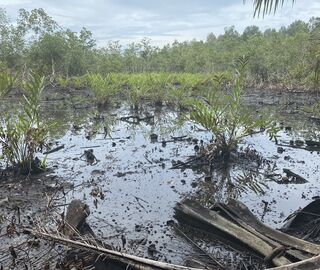