A string of remote Pacific island nations is highly vulnerable to the impacts of climate change such as rising seas, storms surges, land subsidence (sinking), changes to rainfall and stronger cyclones. The sheer variety of challenges faced by communities is illustrative at the Korova Settlement in Suva, Fiji. Korova is a coastal settlement with only eight houses occupying the area, mostly are Moce Islanders.

The are provides a good setting for environment stories and seeing first-hand the impacts of the changing climate as the Islanders left their island in Lau Group, Fiji due to rising seas.

So, on July 25, a group of 28 journalists and communications officers visited the Korova community. The visit was part of the two-day workshop to strengthen the capacity of media in reporting climate-related issues. The workshop was a collaboration between Internews’ Earth Journalism Network (EJN), the COP 23 Presidency Secretariat, and the Secretariat of the Pacific Regional Environment Programme (SPREP), supported by the Pacific Islands News Association (PINA) and the Pacific Environment Journalists Network.

Here’s an exclusive photo essay from one of our workshop participants, Aude-Emilie Dorion, a photojournalist from New Caledonia. Her images tell the story of traditional ocean voyagers of Korova that capture the grave threat climate change poses to the Pacific islands.

Isolated by the endless blue, Fiji is an archipelago of 322 islands forged by volcanoes. As the sea temperatures are rising, new waves of change are looming threatening to turn the country into a battleground. The coral reefs are dying and the natural breakwater that protects Fiji’s shorelines has been washed away. Its islanders are on the front line of the fight to restore the balance in order to survive. 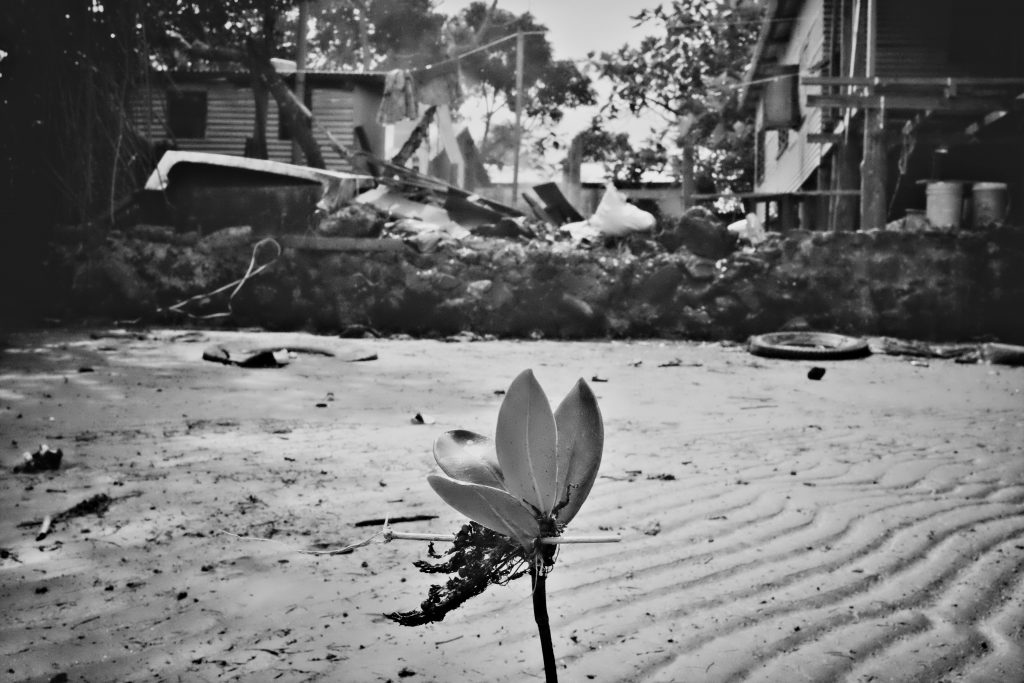 KOROVA BY THE SHORE 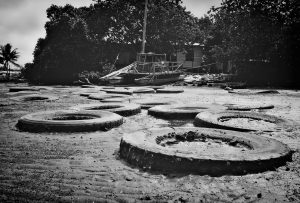 Today, most of Fiji’s almost one million population lives on the big Island of Viti Levu. The capital Suva and a dozen other coastal towns pulse to an urban beat. In Korova, a southern suburb of town, all the mangrove have been washed away. The villagers are restoring it to protect themselves from the sea level rise, as well as burrying old tires in the sand to stop the erosion of the shore.

Unexpected violent weather threatens the villagers way of life. Outside of the cities half of all households depend on fishing. 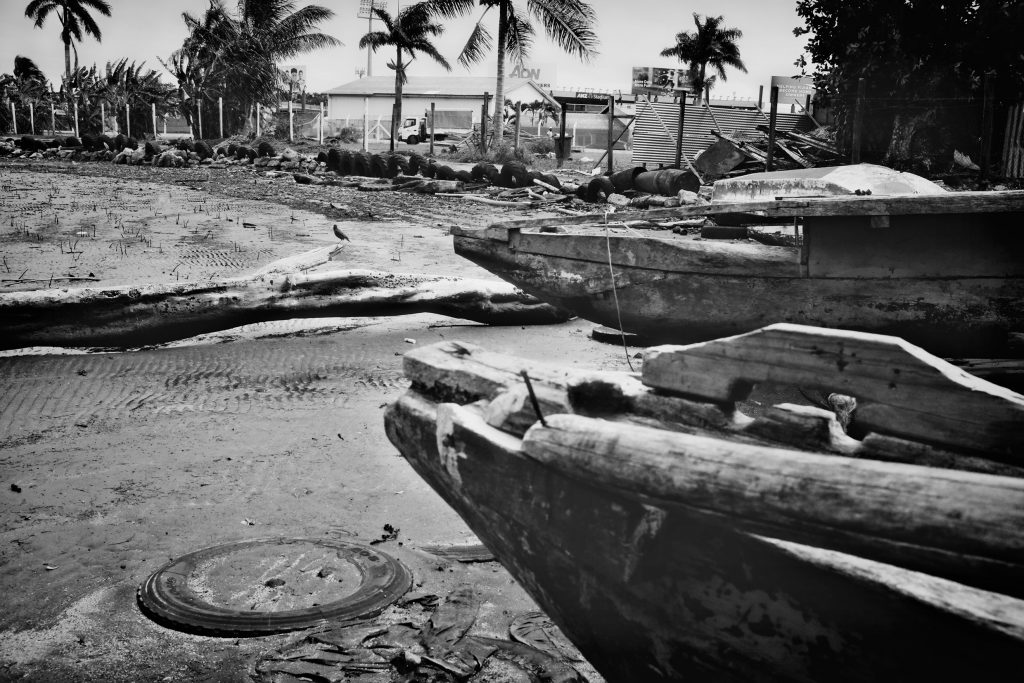 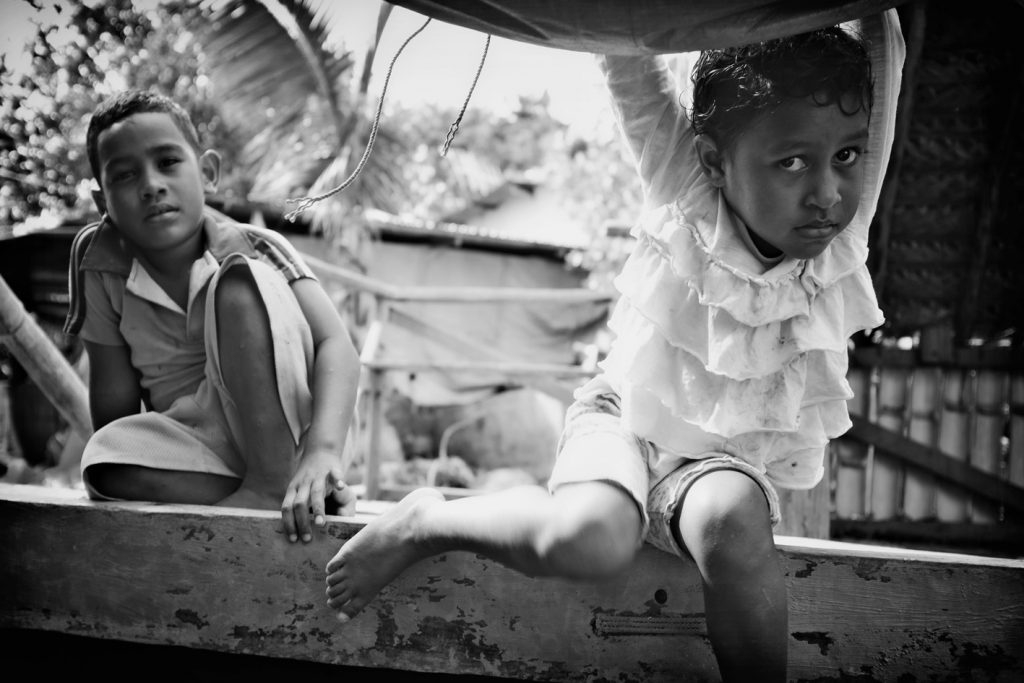 Strong and resilient, the villagers have made the choice to stay here for the children’s education, despite the dangerous changes powered by El Nino. 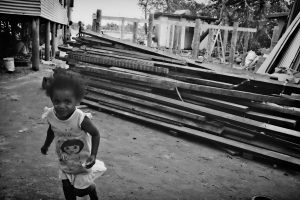 The people are making do with limited means. Rebuilding lives every time it is necessary and trying to avoid pandemic diseases. 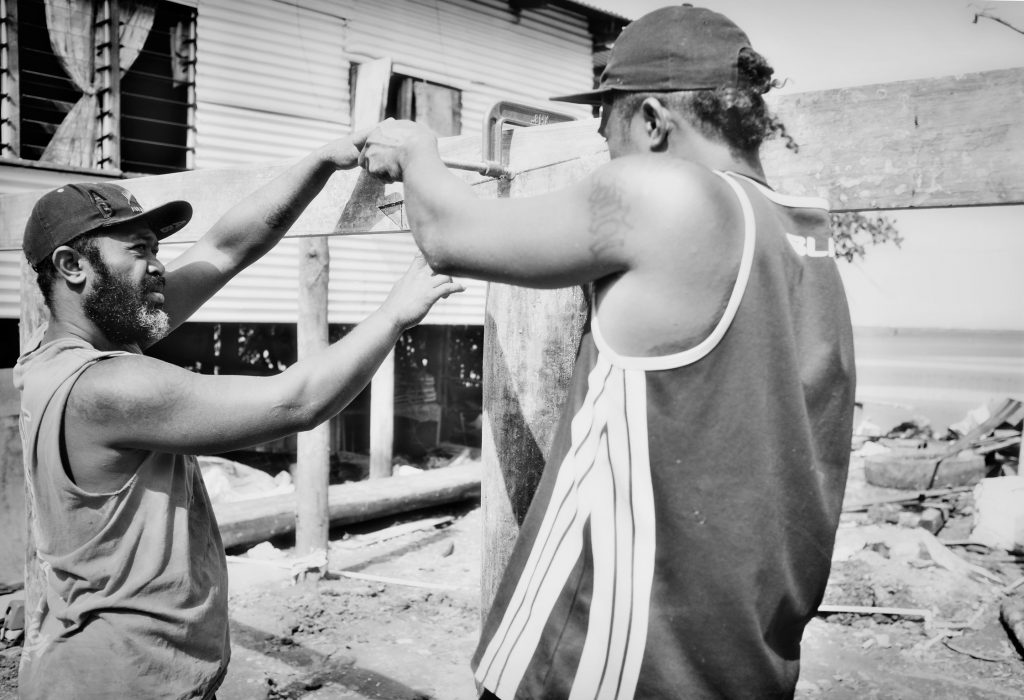 There is no government assistance in these days, nor any support for prevention and treatment.

WITH NO WARNING, THE SEA CAN GET VERY ROUGH NOWADAYS.

WITH ALL SORTS OF CHANGING. 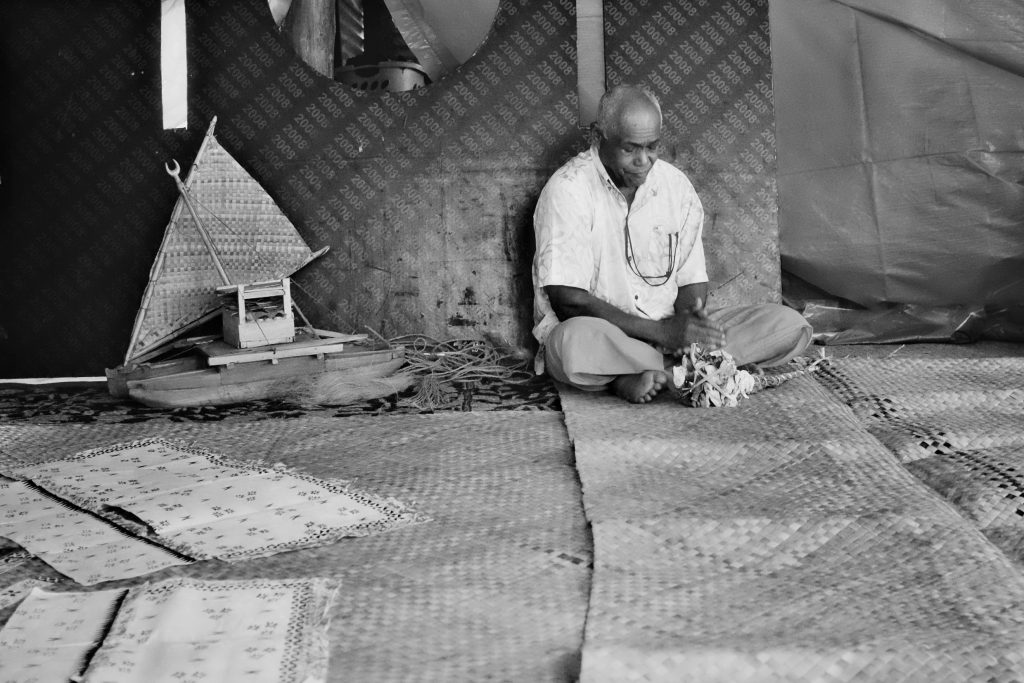 In Korova, life is organised along the rules of traditional lines. The importance of the old ways is clear to see : respecting the sea means no use of motor boats. Semiti Cama, 74 , village chief of Korova. 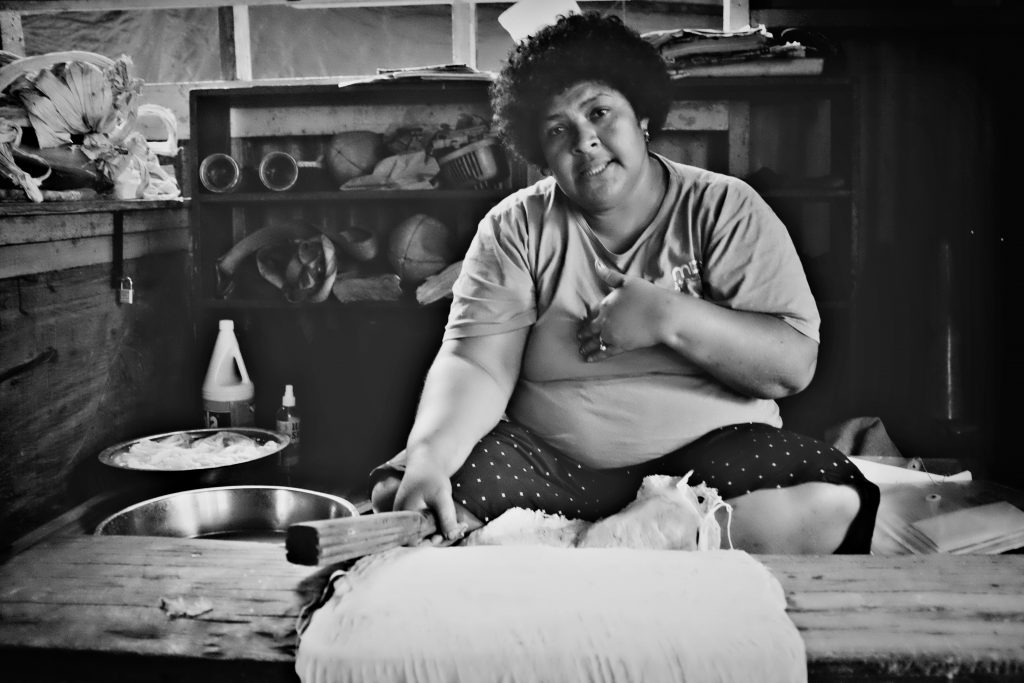 Life moving at its own pace. Villagers leaving as a collective bring the work and the wealth among themselves 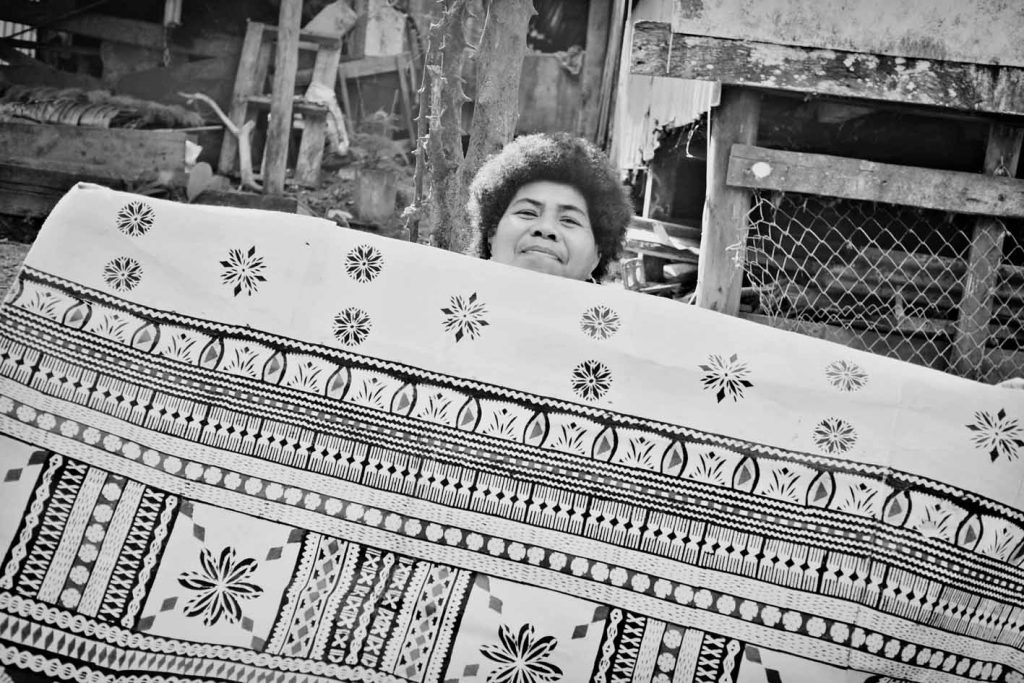 When fishing is unsuccessful, we rely on the manufacturing of Tapas. We sell them cheap in the market place, says 53 years old craftwoman Vunisa Baleinabola.

THESE SHORES ARE THE FRONTLINE OF CLIMATE CHANGE – WHAT HAPPENS HERE MATTERS TO US ALL. 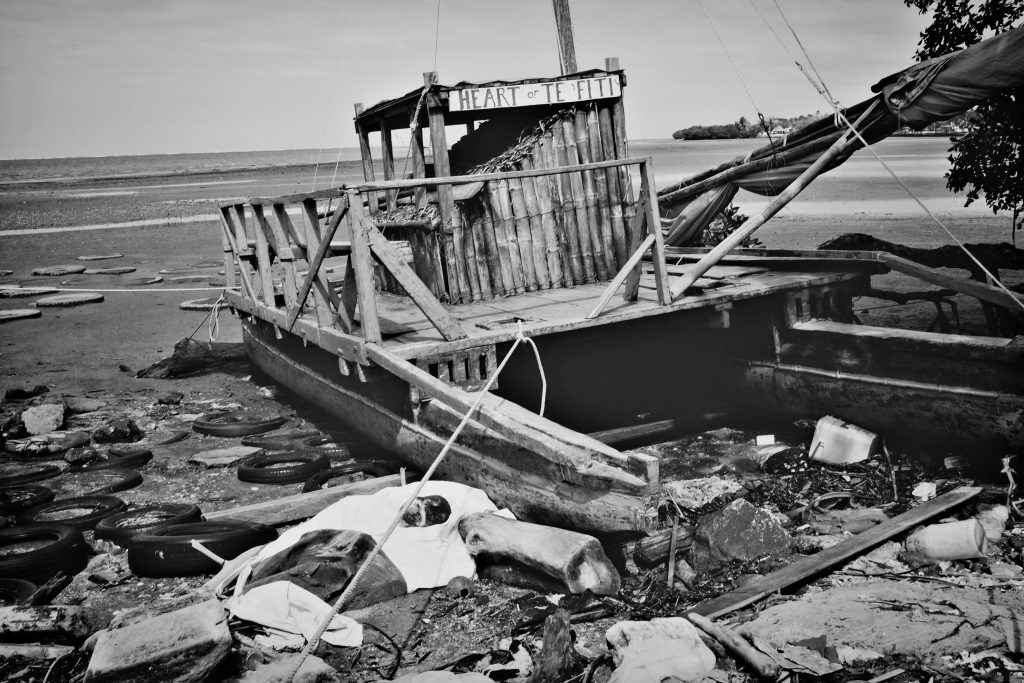 Since the dawn of time, it is the sea that has kept the equilibrium as powerful wave sculpted the landscape. Life on Fiji evolved in sync with a swell but the tide is now turning… The sea surrounding the islands is warming killing the fragile ecosystem beneath – a symptom of global warming – the islanders must address, or suffer the effects.