More than a million cases were reported in Southeast Asia last year, with poorer households most at risk.

The global toll of dengue fever is becoming well known, with rising temperatures contributing to severe outbreaks that made 2019 the worst year on record for the disease.

In 1970 only nine countries faced severe dengue outbreaks. But the disease, which is spread by mosquitoes that can only survive in warm temperatures, is now seen in more than 100 countries. There are thought to be 390 million infections each year.

More than a million of those cases occurred in Southeast Asia, hitting the poorest households hard and stretching health services.

Epidemics are exacerbated by poor infrastructure and lack of access to healthcare, with struggling health services overwhelmed by outbreaks.

Dengue is episodic, but even accounting for natural dips and rises, 2019 was deadly.

Since May the Angkor hospital for children in Siem Reap, northwest Cambodia, which treats more than 500 children a day free of charge, has launched several appeals for emergency donations.

“In peak season, we had seven times more cases of dengue fever than last year, and half of them needed to be hospitalised,” says Dr. Ngoun Chanpheaktra, the director. “Between June and August, we had 200 cases a week, and 30% to 50% of the beds were occupied by patients with dengue fever complications."

"If we didn’t have so many mosquito diseases to manage, we could invest more in intensive care and neonatal units." - Dr. Ngoun Chanpheaktra 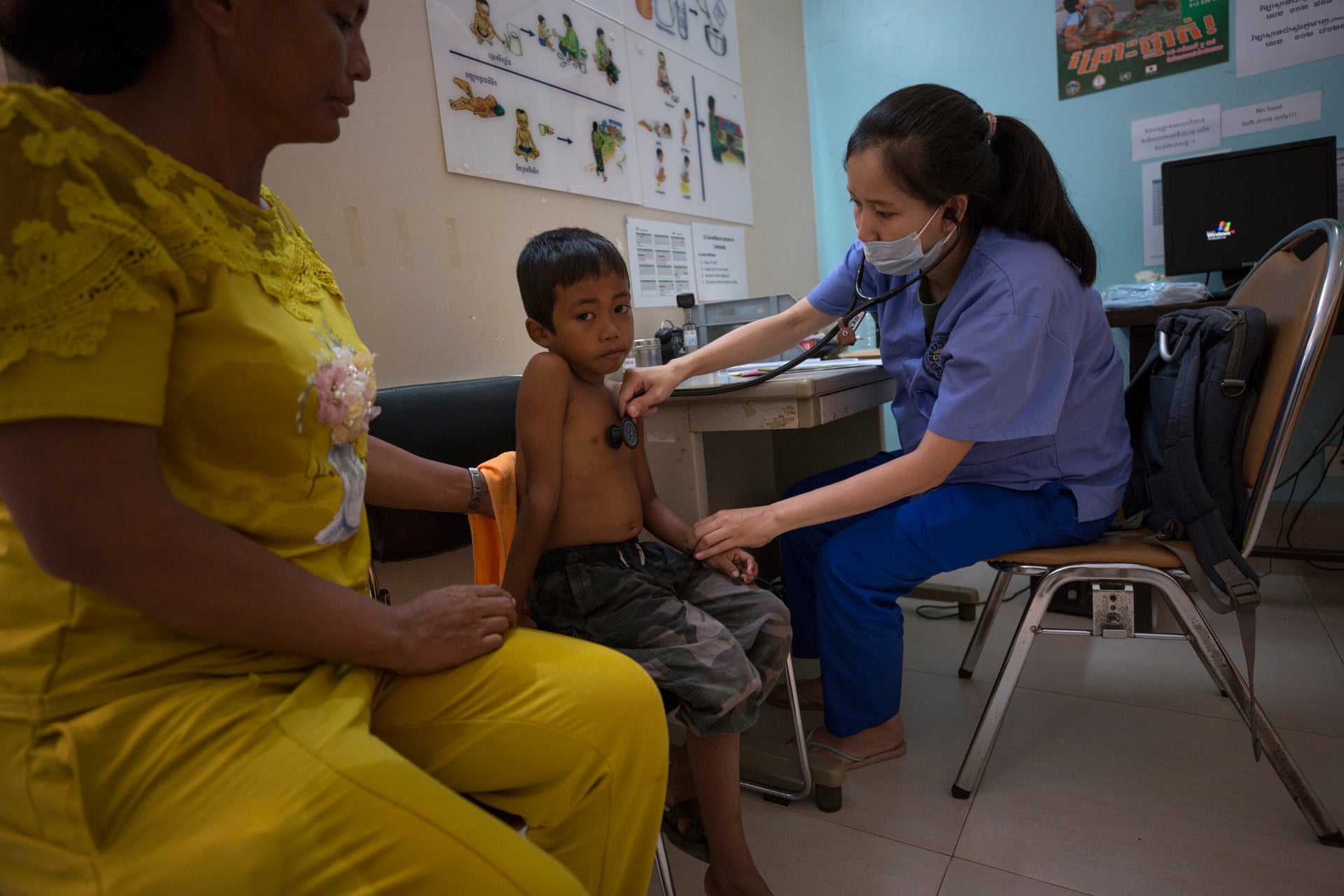 “We have an annual budget of $6 million, and as of 14 July, we had already spent $290,000 on mattresses, intravenous fluid bottles, dengue fever tests and staff overtime," he said. "If we didn’t have so many mosquito diseases to manage, we could invest more in chronic diseases, intensive care and neonatal units.”

In a rundown suburb of Siem Reap, three members of Chan Piseth’s family contracted dengue this year. His 12-year-old son Pheakdey spent five days in the intensive care unit at Angkor hospital. In a desperate attempt to avoid medical fees, Piseth, a tuk-tuk driver, first tried to treat his son at home.

“When he started having a fever, we went to the first aid centre to buy bottles of intravenous fluid,” Piseth says. “We only earn $200 a month so we had to borrow $330 from a loan shark to pay for the cost of transport and IV bottles for the whole family. We didn’t go to the hospital right away, because we can’t lose days of work every time one of the children gets sick.”

Pheakdey's mother and sister also caught dengue fever this year, putting a huge burden on the family. Their squalid living conditions are partly to blame – the land is flood-prone, there’s a lack of sanitation and official neglect.

A few hours by plane west of Siem Reap in the Thai town of Mae Sot, surrounded by mountains on the Thai-Myanmar border, François Nosten, director of the Shoklo Malaria Research Unit, remembers even darker days, when the area was plagued by Plasmodium falciparum, the parasite species that causes the most severe form of malaria.

“When I arrived in Mae Sot in 1984, malaria was the leading cause of death,” he says. “Fifteen years ago, we still had 50 to 60 cases a day. Now it is one a year, thanks to an early detection campaign and a combined strategy of anti-malaria drugs and efficient community involvement. But there is no definitive global plan to eradicate dengue fever or similar diseases, particularly because the mortality rate is relatively low, so there is little incentive for pharmaceutical companies to invest in research.”

This year also saw a massive outbreak of chikungunya, another mosquito-borne disease, along the Thai-Myanmar border. The strain has never been recorded in Mae Sot before and is believed to have travelled north from the deep south of Thailand on the Malay border.

In Bangkok, Jaturang Wongjiragorn and his family live in a dilapidated shop-house on the edge of Chinatown, and this year they felt the full force of a dengue outbreak in their neighbourhood. In September, Jaturang's father went to the hospital feeling sick. Following misdiagnoses at three different clinics and hospitals, which suspected flu or diabetes, he died five days later of organ failure brought on by severe dengue fever.

After such fatal cases are reported, fumigation teams from the municipal authorities sweep in to spray affected neighbourhoods, but local authorities acknowledge that the efficiency of these short-term initiatives are limited as collective community responsibility breaks down in cities. 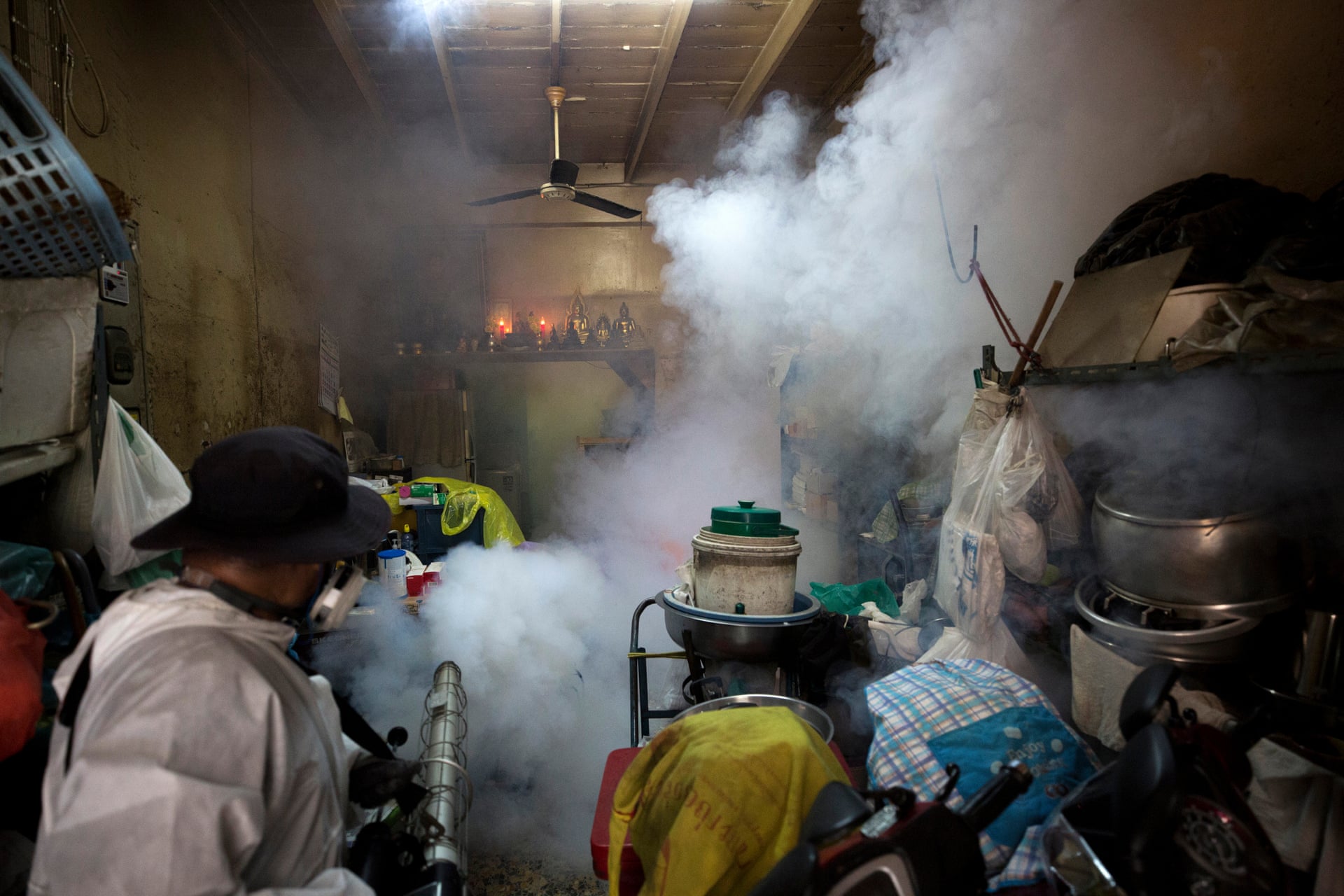 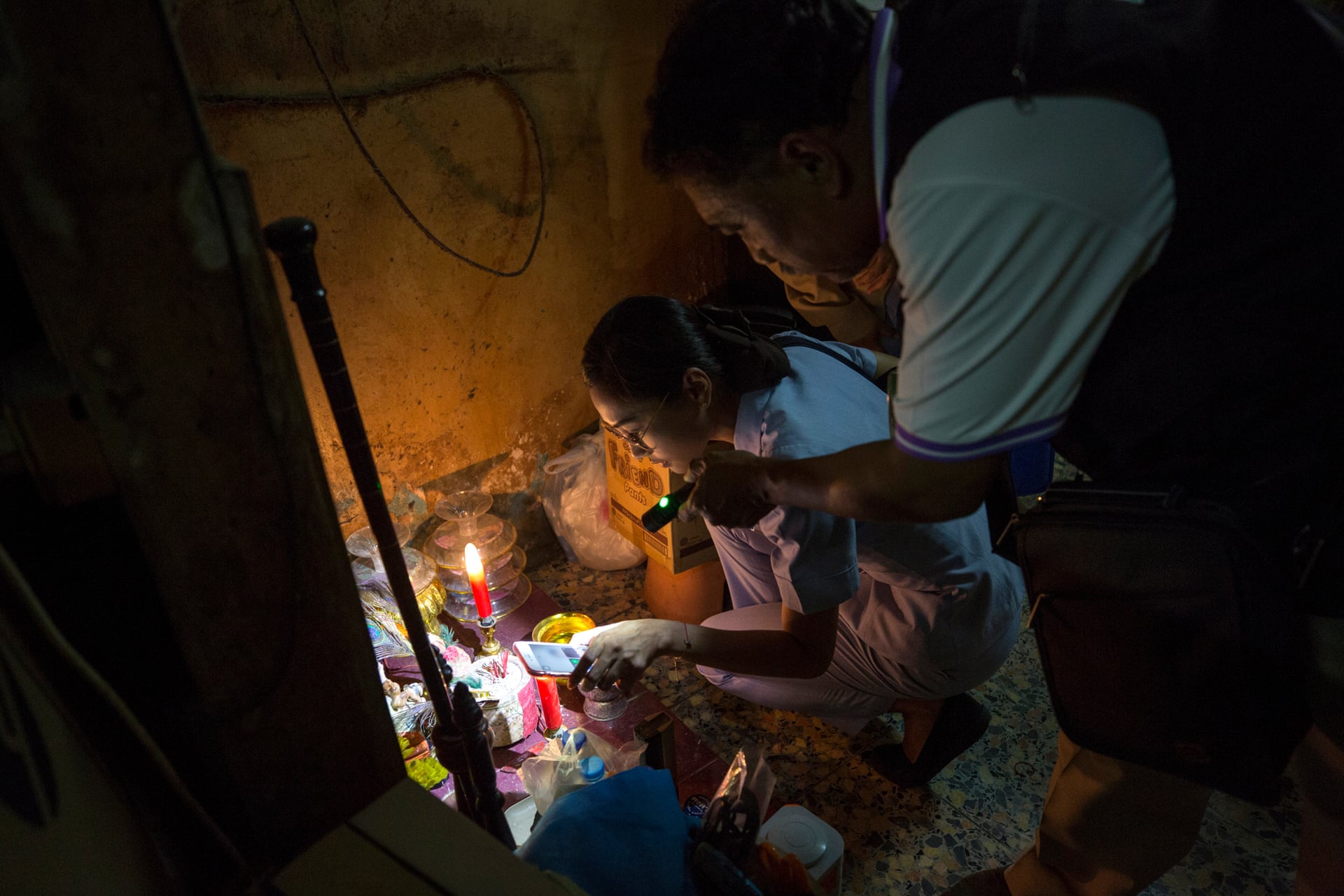 The search for a cure

From Bangkok laboratories to rural clinics along the Thai-Burmese border, there is great urgency to contain dengue.

At present, palliative care is the only certain treatment for the disease, though work is ongoing globally to create a reliable vaccine. Yet following the Dengvaxia controversy in the Philippines – when hundreds of children died after being given a vaccine developed by French company Sanofi Pasteur – national health departments all over the region are moving cautiously.

* This story was updated on January 8 to reflect the fact that Plasmodium falciparum, referred to by François Nosten, is the parasite species that causes the most severe form of malaria, not the mosquito species.

Photographer Luke Duggleby and journalist Laure Siegel received a grant from Internews' Earth Journalism Network to support the production of this story. Different versions of the piece have been published in Mediapart in French, in Prachatai in Thai and in the Khmer version of VOA News.

Banner image: A floating house in Prek Toal village on the Sangkaé River in Cambodia. The nearest hospital is 40 minutes away by boat followed by a 30-minute trip down dusty roads / Credit: Luke Duggleby