Podcast: The Last Coke in the Desert — Literally

Podcast: The Last Coke in the Desert — Literally

Listen to this podcast episode on day two of COP27, which was marred by disorganization and long lines.

Intense heat, lack of food and water, as well as long lines under a scorching sun marked the first days of the UN Conference on Climate Change, held in Sharm-El-Sheikh, Egypt, since last Sunday.

Even Coca-Cola, one of the event's sponsors, was difficult to find in some food kiosks. The structural and logistical problems were felt by observers, members of the media and representatives of non-governmental organizations, and are seen as another obstacle to be faced by those attending the Conference.

In this podcast, journalists Cláudio Ângelo, from Observatório do Clima, and Cristiane Prizibisczki, from ((o))eco, speaking directly from Egypt, comment on the second day of the event and show that the “road to climate hell”, cited by UN general secretary, Antonio Guterres, in his speech today (7/11), also passes by.

This story was produced as part of the 2022 Climate Change Media Partnership, a journalism fellowship organized by Internews' Earth Journalism Network and the Stanley Center for Peace and Security. It was first published in Portuguese by ((o)) eco on 7 November and has been lightly edited for length and clarity. 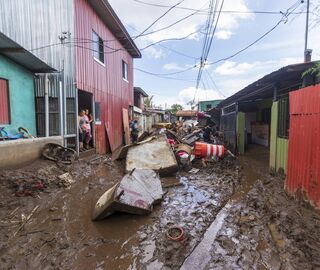 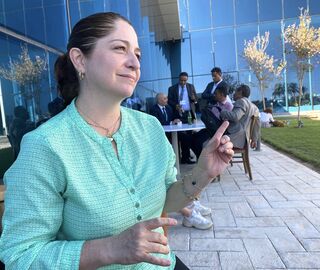