"Political will can fight air pollution in Bishkek Kyrgyzstan"

"Political will can fight air pollution in Bishkek Kyrgyzstan"

In recent days, Bishkek has once again become one of the most polluted cities in the world with more than 400 PM2.5 in AQI.  The biggest problems causing air pollution are being discussed at the UN COP-26 summit in Glasgow.

Professor Elizabeth J.Z. Robinson, director of the Grantham Institute for Climate Change at Imperial College of London spoke to Azattyk Media about ways to get rid of air pollution.

In recent years, the capital of Kyrgyzstan, Bishkek, has registered a very high level of toxic substances in the air. What should people do in such a situation? What advice would you give as a scientist?

Air pollution is very harmful for people with chronic diseases. People with cardiovascular disease, asthma, the elderly and children, it is difficult for all of us. Pollutants in the air are very small toxins (PM 2.5) that penetrate deep into our lungs very deep down, then there are various diseases.

Unfortunately, the situation in Bishkek is appalling. According to the World Health Organization, the value of PM2.5 should not exceed fifty. When it reaches the one hundred, people will feel the harmful substances in the air and suffer. 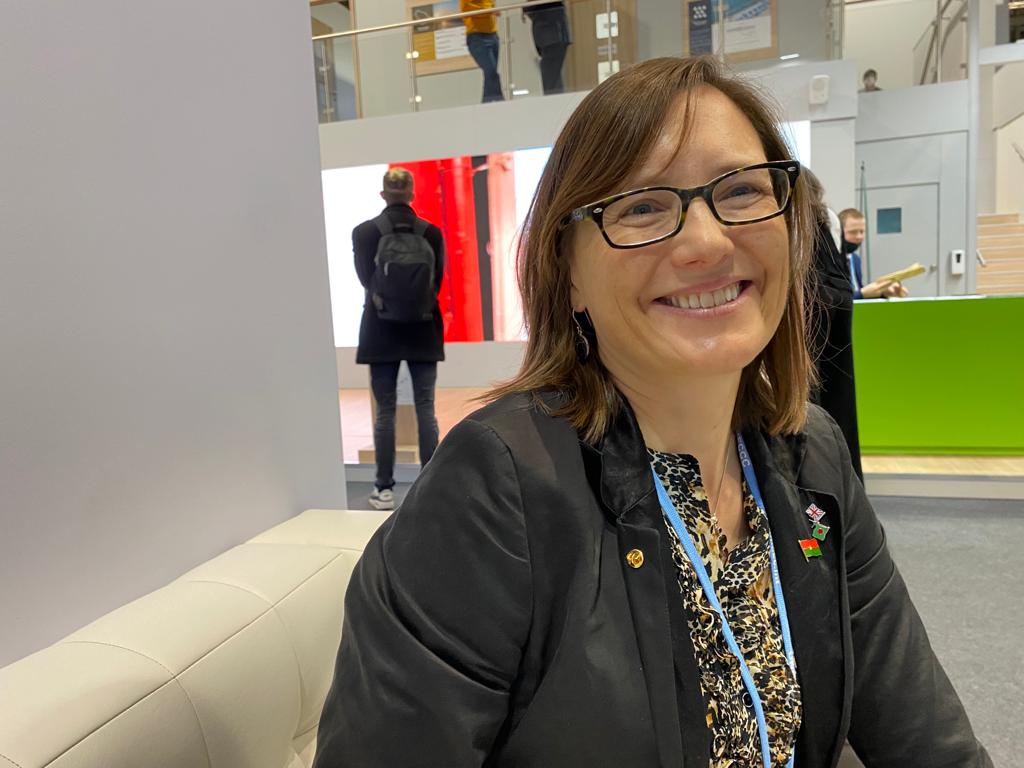 What to do in case of overcrowding? First, do not go outside, and if you have to go outside, wear a protective mask; unlike the medical masks we wear. Polluted air also enters into the house, and there must be air purification equipment inside. But all this is expensive. Sadly, most people can’t afford it. By the way, it is not allowed to go out and do physical exercises in such polluted air.

How can poor countries deal with air pollution?

The air is polluted for two reasons, the first is to burn coal, and the second is from cars. In high-income countries, such factors are almost non-existent. In the West, cars are no longer running on gasoline. But, of course, poor, developing countries need money. There is a lot of talk about this at the UN COP-26 summit. It is well known that climate finance and funding for poor countries to adapt to green, harmless technologies are the main topics of the conference.

If a country receives energy in a way that is not harmful to the environment, it means that it not only cleans the air, but also cares about the health and sustainable future of its people.

It is very difficult to immediately switch to green technology and give up coal and gasoline. The first step should be the use of electricity by public transport, after the state first provides electricity for public transport. All this requires huge financial resources and time. Nevertheless, it will undoubtedly be of great benefit to the health and future of the nation.

Approximately how much time and finance will it take for a small country like Kyrgyzstan?

In fact, we have not yet counted it. In general, it is a bit difficult to calculate the transition to a green economy. Another problem is that low-income countries have difficulty finding funds. As a result, 7 million people worldwide die from air pollution. The impact of air pollution on humanity is enormous. If the state puts human life first, it will run its economy in the same direction.

So do you think the political will is most important to clean the air?

Yes, first of all, there must be the right government policy and resources. As for politics, there are three ways to solve the problem, the first is to educate people, the second is to maintain order, and the third is to maintain taxing system. What is discipline control? Some countries are reducing the number of cars entering the city center and taxing older cars that emit more toxic substances into the air. In Britain, for example, there are special standards for cars. If the car is old, it emits a lot of pollution owner pays more taxes.

At the same time, the state puts the interests of the people first, increases the number of clean, green and harmless forms of public transport, and allows people to walk and walk in a safe city. The biggest problem in poor countries is getting rid of private cars that emit carbon into the air by giving up coal. The state can solve these two big problems with the help of political will, with the help of the treasury, or with the help of international donors. Now the rich countries are ready to give money to solve this problem in poor countries.

We have heard a lot about the finance and funds at the COP26 summit, where you and I are sitting, but there is no such thing as a certain amount will be given to a particular country?

You are right, the statement that billions of dollars will be given annually at the COP-26 summit has been said by rich countries for 11 years.

In fact, the receipt of such funds depends on the capacity of each state, the literacy of the government, the political will. If the government of Kyrgyzstan really wants to clean the air and provide the population with sustainable, clean energy, if the government has competent personnel to implement it, it will certainly succeed if it explains these projects to rich countries and international donors. Of course, everyone working in this field must have a good knowledge of climate change and adaptation plans.

Just as poor countries seek to improve their situation as soon as possible, high-income countries are developing programs to help their neighbors. Unfortunately, in emerging countries, air pollution has a devastating effect on the health and future of the population, and if the government does not address it immediately, the consequences will be severe in decades to come. Although low-income countries are looking for different ways out of poverty, sustainable development will not be possible without addressing key issues such as air pollution, which is detrimental to public health.

This story was originally published in Kyrgyz in Azattyk on November 10, 2021. It was produced as part of the 2021 Climate Change Media Partnership, a journalism fellowship organized by Internews’ Earth Journalism Network and the Stanley Center for Peace and Security.