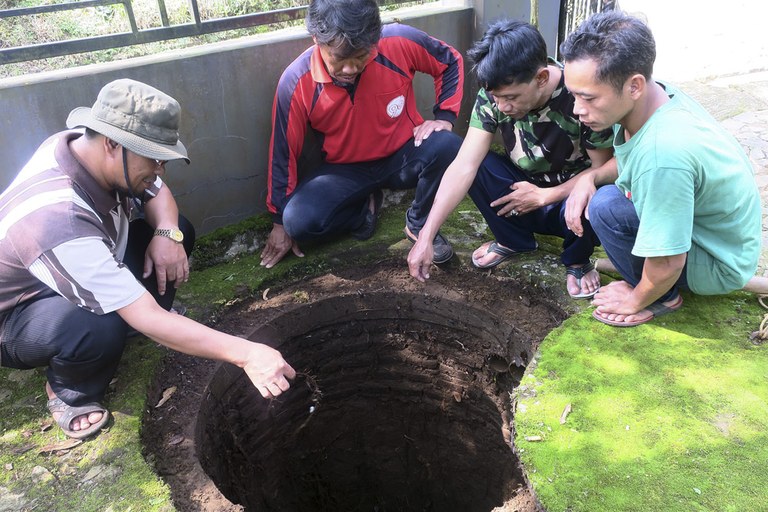 Villagers of Bismo, Keteleng, and Tambakboyo in Central Java are relying on local wisdom and the Muslim idea of charity to protect and preserve water springs as their main source of clean water.

Neman Surono who is head of Bismo Sejahtera community group said efforts to save the water springs has been growing in recent years, helped by the fact that villagers believe it to be the sacred source of water.

“The spring (has) become a religious tourist destination up until now,” said Surono who also served as Bismo village head for two terms.

There are five springs in Surono’s village – Mubal, Lingsar, Pucung, Makandowo, and Bismo — but the last two can no longer supply water as they are located in the lowland.

But one village’s loss is another’s gain. Located below Bismo village is Keteleng which still enjoys clean water flowing from Tuk Bismo. The spring is also used by the district water utility (PDAM) in supplying water to 40 percent of customers in urban areas.

A drought in 2014 resulted in a drop of water discharge that triggered conflicts between Bismo and Keteleng villagers who at the time, were getting their supply from Sigandul spring in Keteleng village. In addition to the two villages, the local water utility and three other villages — Wonobodro, Plecingan and Besami – also accessed water from Sigandul spring. Conflicts between residents of the five villages ensued.

“(The villagers) agreed to distribute water equally (between villages) although it was still not enough,” Surono said.

As water supply was becoming a critical issue, Surono and ten other villagers proposed the idea of infiltration wells to prevent water crisis during the dry season. They had to compete with other Batang district villages for government funds and were only able to afford two infiltration wells.

The Indonesia Urban Water Sanitation and Hygiene (IUWASH) program funded by the United States Agency for International Development (USAID) came to their rescue, helping Surono and his group realize their plan of water spring conservation with training and know-how to build infiltration wells.

The group brought what they learned back to their village in hopes of immediately applying their knowledge. They were met with resistance as nearly all villagers believed infiltration wells would destroy their backyards. 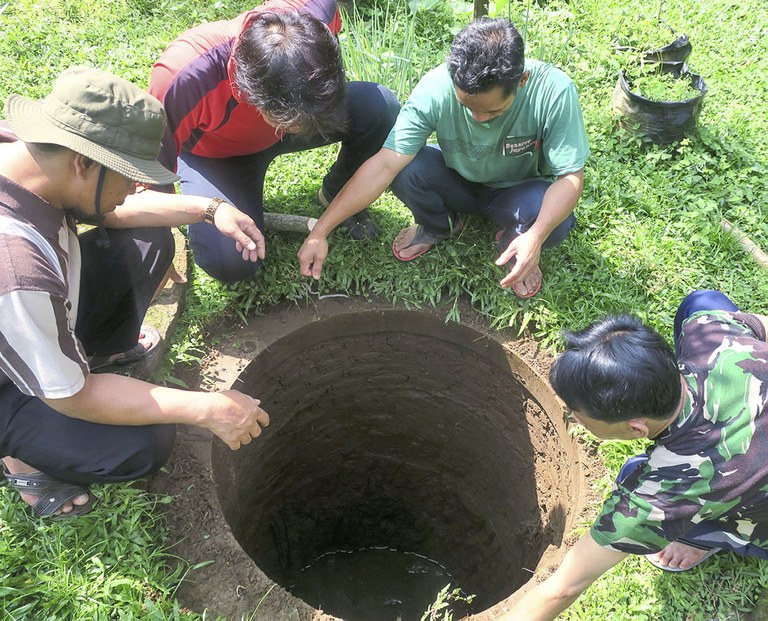 “Some were afraid of landslides – that (the wells) could be dangerous. Some even asked how much compensation they get for each well,” Surono said. They eventually resorted to a door-to-door approach and religious meetings in neighborhoods to better explain benefits of infiltration wells which would make their backyards more fertile and less muddy.

Their persistence paid off when a village elder, Mbah Rohmadi, 70, agreed to put three infiltration wells in his 600 square meter backyard. Surono himself built six wells in his 800 square meter yard. Fifteen wells followed at the state elementary school and five wells at city hall. There is now a total of 80 infiltration wells in Bismo. Tambakboyo village followed suit in the same year, building 81 wells, while Keteleng village started building theirs in 2016.

As villagers also began to understand the environmental benefits from water springs as an integral part of the ecosystem, they are allowing infiltration wells to be built in their backyards to ensure they and urban dwellers can consume clean water in the long term. Today, there a total of 361 infiltration wells nestled in the ground of the three villages 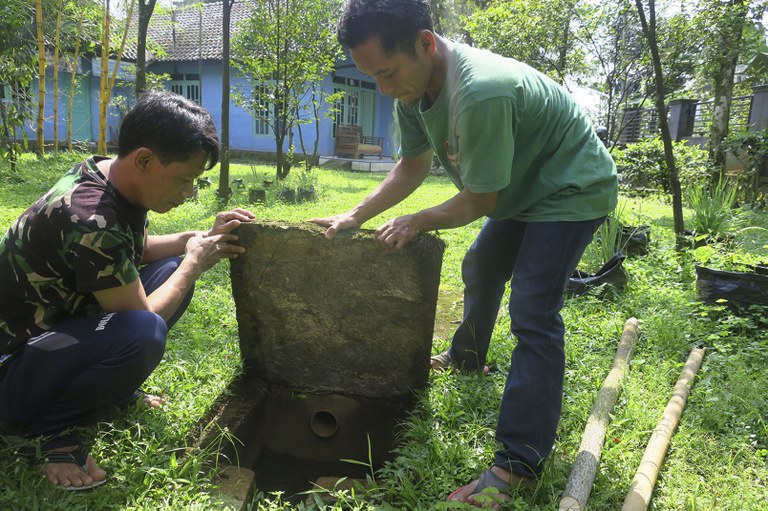 Yulianto, the Batang water utility director, said that 90 percent of water resources are from springs and the remaining is from surface water. Nearly 70 percent of clean water demand of Batang villages is supplied from Tuk Bismo in Bismo village, and Tuk Watulumbung in Tambakboyo village.

Massive land use conversion of the Dieng plateau, illegal logging, and forest fires have contributed to declining water discharges of the two springs, up to 30 percent between 2013 and 2015.

For the past decade, water discharge from the springs has been declining 10 to 30 percent due to forest land conversion and the impacts of climate change. Improper use of land has led to drop in water infiltration capacity and spurred an increase in water runoff

“Forest areas of the north slopes of Dieng plateau (have) badly degraded,” said Yulianto, the Batang district water utility director. “PDAM can only conserve forest areas of up to 200-meter radius from water springs. I encourage the central and provincial government to address this issue as this is of national importance,” he said.

Research conducted by the Indonesia Urban Water Sanitation and Hygiene (IUWASH) program in partnership with the Diponegoro University showed forest areas in Batang previously absorbed up to 95 percent of rainwater, with 5 to 27 percent of water runoff. But after forest areas turned into tea, potato and horticulture plantations, rainwater absorption dropped to as low as 50 percent with water runoff reaching up to 50 percent.

It wasn’t long ago, recalled Wahyudin, head of Sumber Barokah community group at Tambakboyo village when villagers did not have to go far for clean water. This has made villagers realize of the environmental degradation surrounding them. But many are still not aware and continue to engage in activities that destroy the environment. While those with heightened awareness and conscience started calling for a change, putting up warning sign boards on degraded areas. 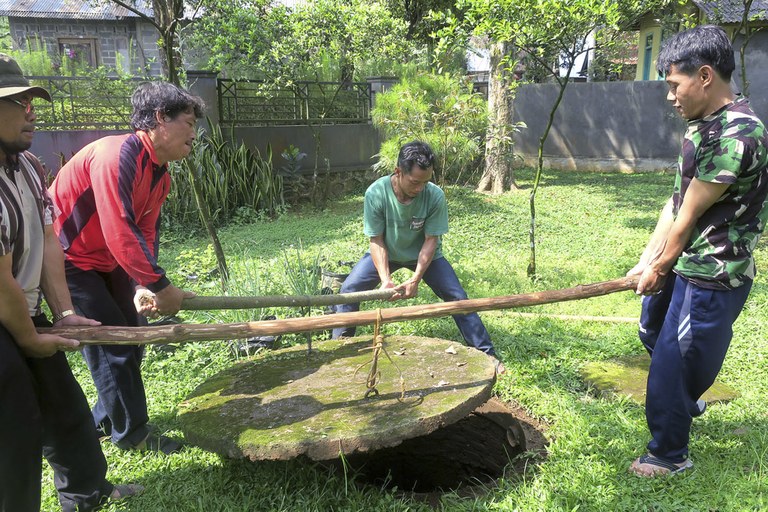 Infiltration wells, according to Surono, have also decreased water pools in the neighborhood during the rainy season and reduced road damage caused by water runoff.

Wahyudin said that digging up wells in his village was not easy, especially with the village’s rocky soil. He used a religious approach.

“I visited (villagers) and appealed to their empathy, what it feels like to be thirsty. So, they know what it feels like for those living in lowlands without water,” Wahyudin said, adding that he regarded their consent as a form of charity.

“Please, I told them, I ask for (your) jariyah (charity). One house one well, that’s it. This is for our children and grandchildren because they will not stay here forever. One day they will move to the lowlands,” he said.

This story was first published by Suara Merdeka on June 28, 2018. 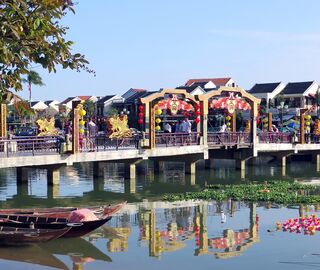