As protests halt a major Chinese hydropower dam in Kashmir, Pakistani experts emphasise the need to move to solar and wind sources to generate energy 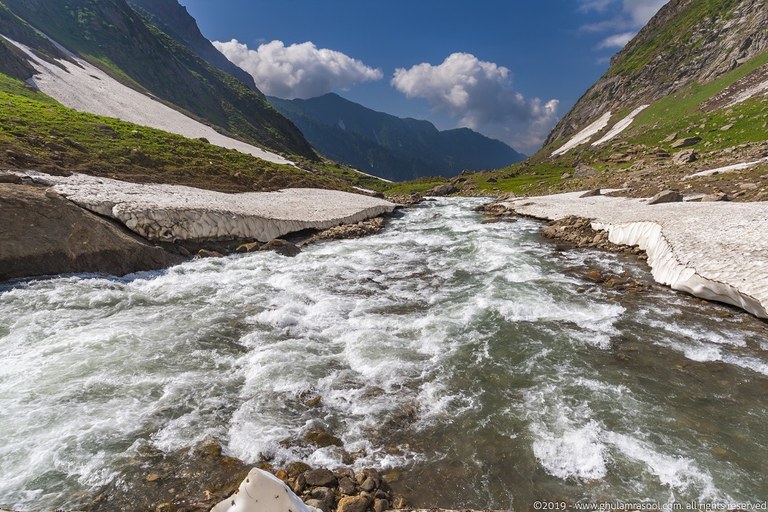 Fears of river diversion have led to protests against a Chinese funded hydropower project in Kashmir / Credit: Ghulam Rasool

The site of the 1,110-megawatt (MW) Kohala hydropower project in Kashmir lies forlorn and quiet without the usual humdrum noise of heavy machinery and vehicles.

For the last eight months protests in Muzaffarabad have put a stop to work at the dam site, being built by state-owned China Three Gorges Corporation (CTGC). This will be the third hydropower project under the China-Pakistan Economic Corridor (CPEC) – involving up to US$64 billion in Chinese grants and soft loans for energy and infrastructure projects – and the second of five projects planned on the Jhelum River, a tributary of the Indus.

People in Muzaffarabad say the project will reduce their water supply, leading to severe environmental damage.

“Diverting the river is inhuman, it’s unnatural and we will not let this happen again,” said social activist Faisal Kashmiri, who is part of the local Darya Bachao Tehreek (Save the River Movement).

“We are not against any project, but we are against a river diversion,” Kashmiri said. The Chinese company does not want any change in the design, which has already been approved in the EIA.

It appears neither side is going to budge.

Protests culminated with major strikes held on January 29 in Muzaffarabad. Traders shut down markets and held rallies in the city and surrounding towns. Both the provincial government and the Pakistan federal government have asked protestors to suspend action while they come up with a solution.

“The problem is our government is just a puppet government, it cannot fight for our rights. When it meets with the Pakistan government it acts as a ‘yes man’,” said Shouket Nawaz Mir, chairman of the Markazi Anjuman Tajran, a trade union based in Muzaffarabad who has been involved in the protests.

The ecological impacts of the Kohala dam are predicted to be similar to the Neelum Jhelum hydropower project (NJHP). “At a meeting where I was present, the previous chief secretary said both the provincial and the Pakistan government acknowledged that NJHP suffered a design blunder,” said Mir.  “So why should we repeat the same mistake?”

Local people have little trust in the provincial government. “None of the promises made either by the state government or the federal water authority [WAPDA – Water And Power Development Authority] that was executing the project were honoured,” Mir said.

These promises included building treatment plants at 16 outlets where the city’s sewage goes into the river, cleaning river beds, planting vegetation and constructing three to four water bodies. “We want 60% of the river water as promised by WAPDA,” said Kashmiri, the river movement’s spokesperson.

Water sources like the Poonch river are critical in maintaining the hydrology of the region / Credit: Ghulam Rasool

The Neelum Jhelum diversion dried up all the springs that provided water to local communities who were given no compensation. Vaqar Zakaria, the managing director of environmental consultancy firm, Hagler Bailly Pakistan, said that in contrast, the Kohala project developers have identified the affected areas and allocated budget to provide alternative water sources.

Zakaria agreed the local grievances have to be discussed but was not in favour of people taking to the street when they’ve already been given an opportunity to voice their concerns. “The project developers need to engage and explain,” he added.

In Pakistan there are public hearings before the Environmental Protection Authority (EPA) can approve projects that have social and environmental impacts. In the past, this used to be just an exercise, but now communities take part much more enthusiastically, explained Waqar Ahmed, CEO of Star Hydro Power Limited (SHPL), an independent power producer. The hearings for the Kohala dam project were held at the dam site giving local communities a greater chance to participate.

Some local people welcome the new job opportunities and say they’ve been given a good price for their land. But now it’s people in Muzaffarabad who fear the dam will reduce water flow through the city’s river and they were not involved in the hearings.

People in the villages surrounding Muzaffarabad are facing the problems that came with the last large water diversion. Three years ago, Rabia Arif’s family migrated from their village of Chandra to Muzaffarabad after the springs near their homes dried up. She blames the tunnel, just three kilometres from her village, constructed to divert the waters of Neelum River to run the dam. 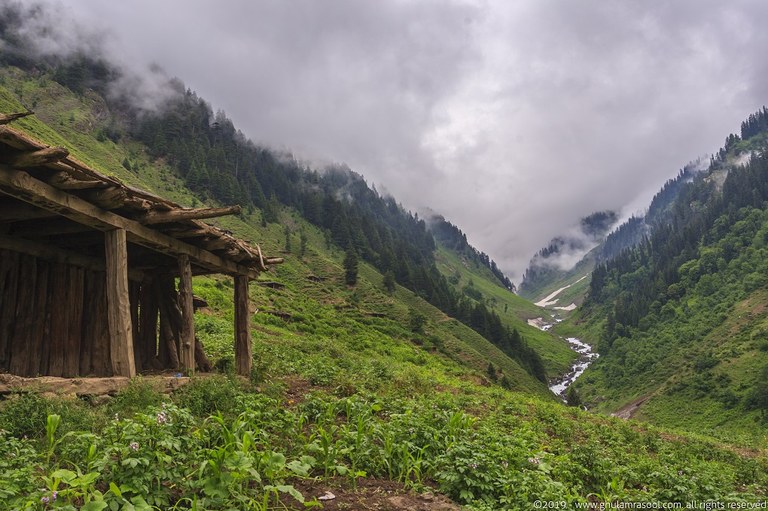 The village is now desolate. “Initially we would go home every weekend, but with time it got less regular. Now we have to take drinking water with us,” said the economics student who is studying for her master’s degree at a university in Muzaffarabad.

Nearly 30% of villagers in Chandra have sold their livestock and migrated to Muzaffarabad because of lack of water. Those who continue to live in the village have to pay as much as PKR 7,000 (US$50) to transport 4,000 litres of water in an area. For the locals, that is a lot of money.

“For many of my cousins, education has ended abruptly as they have to go to springs far from their homes to fetch water,” Arif said.

City dwellers too are facing the same dilemma. What was once a fast flowing river across the city has become “nothing more than a drain”, said Kashmiri.

The 330 MW Kishanganga hydropower project on the Indian side of Jhelum River had already put a strain on the volume of water coming to Muzaffarabad and the surrounding areas and the NJHP has exacerbated the situation further, say the locals, though India denies holding back any water. “Making another tunnel in the same area will destroy the few springs that remain,” said Kashmiri.

Experts say these grievances could have been addressed if the project had been more inclusive and the local community had been made stakeholders.

“Perhaps the way forward is for the provincial government, the Pakistan government and the Chinese company to sit together and develop a holistic programme to mitigate, in a real sense, the impacts of diversion,” suggested energy expert Waqar Ahmed.

Others, like Zakaria, argue that the project can be redesigned to increase the water flow in the river and help the environment, while it addresses social concerns.

Zakaria said the nervousness of the Chinese is palpable and they may just want to pull out of the project altogether. “Neither the Pakistani government nor the province appears to be serious about sticking to commitments made to each other,” he said.

Things may be at a stalemate right now, but Ahmad is sure that since Kohala is a CPEC project, “strategic considerations of relationship with China would mean that the project is developed eventually, sooner or later.”

But opposition in Kashmir is growing, with people now asking the government to drop the idea of large dams altogether and focus on micro-hydro projects.

However, there are multiple large hydro projects at various stages of planning, construction and operation on the Jhelum and its major tributaries, which also run through Khyber Pakhtunkhwa and Punjab provinces. Once completed, they are expected to generate between 5,000 and 6,000 MW of electricity in the next 10 years.

But the backlash against big hydropower is not going away. The Neelum Jhelum dam has been a “financial and ecological disaster,” said Zakaria. The government needs to ask serious questions about the social, environmental and economic costs and look at wind and solar power more keenly, he argued.

Many experts agree. Wind and solar pose considerably fewer risks (both geological and hydrological), said Khan, who has 26 years of experience in the power sector and is a member of International Hydropower Association.

“Arranging the capital for hydropower plants is extremely difficult as there are few investors willing to wait seven to ten years before revenue starts rolling in,” he added.