Countries in South and Southeast Asia will need to rapidly increase their use of renewable energy and phase out carbon-polluting power generation over the next three decades to avoid some of the most severe consequences from climate change, a new report on the benefits of renewables, such as solar and wind power, shows. 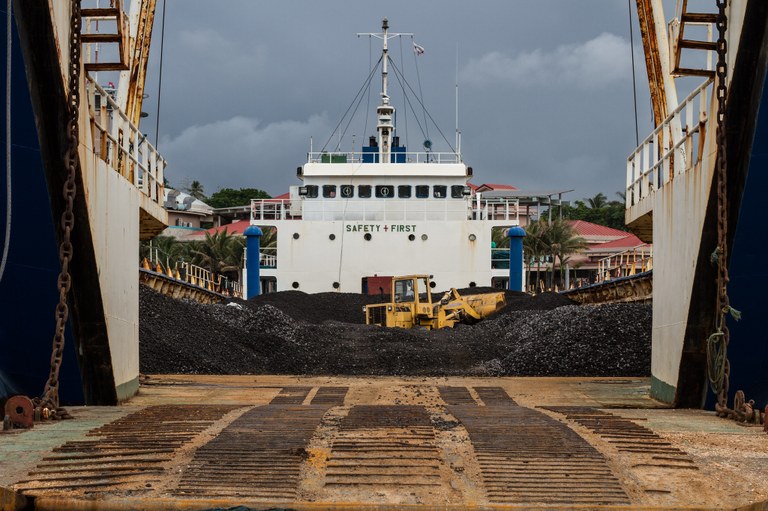 A coal barge in the Philippines, which plans to nearly double its coal-power capacity, despite studies that show the need to phase out coal entirely from the energy mix in the coming decades / Credit: Adam Cohn via Creative Commons

“By decarbonising their energy systems, South and Southeast Asian countries can make a fundamental difference in global efforts to limit warming to 1.5 degrees Celsius, in line with the Paris Agreement, and will reap large economic and sustainable development benefits by doing so,” said Bill Hare, head of Climate Analytics, the Berlin-based research institute the produced the report.

Released on June 20, the report highlights how both Asian regions need to cut fossil fuel-based electricity generation by half by 2030 and phase it out completely by 2050 in an effort to stem global warming caused in part by the greenhouse gas emissions they produce. Coal would need to be phased out of electricity generation by 2040. This goal can be achieved with a wide range of renewable energy and storage technologies, with wind and solar being the most important technologies to be expanded at a large scale, the report says.

The world has already warmed by 1 degree C since preindustrial times, and the impacts of that warming – heat waves, melting ice sheets and sea-level rise and coral bleaching caused by higher ocean temperatures – are already being felt in South and Southeast Asia, two regions among the world’s most vulnerable to climate change.

Science shows that those impacts will only continue to accelerate, endangering lives and global ecosystems, unless governments work to meet the goals outlined in the Paris climate change agreement, a global accord that aims to keep global warming between 1.5 and 2 degrees Celsius by reducing heat-inducing greenhouse gas emissions.

The Paris Agreement also includes a provision for developed countries to provide financial support for emerging nations to transition from fossil fuels to renewables, starting at US$100 billion a year from 2020.

“The challenges that South and Southeast Asian nations face in transitioning to renewables are very country-specific and depend on their economic as well as geographic circumstances,” Paola Yanguas Parra, a policy analyst at Climate Analytics and one of the authors of the report, told Philippine Environews.

One of the biggest barriers, he said, is that many countries in these two regions continue to direct current investments toward building new coal-fired power plants.

Several countries in Asia account for half of the world’s planned coal power expansion, with India, Vietnam, and Indonesia alone accounting for over 30% of the increase. Another 13% of the planned expansion comes from Bangladesh, Pakistan, the Philippines, Thailand, Myanmar, and Cambodia, emerging economies whose energy systems have not heavily depended on coal in the past.

Rather than expand coal-fired power generation, these countries need to reverse the trend and urgently implement policies that will enable fast decarbonization of the electricity mix to align their energy plans with the Paris Agreement and limit the risk of stranded fossil-fuel assets, the Climate Analytics report states.

The shift should be made easier since the political, economic, social and technical feasibility of solar and wind energy and electricity storage has improved dramatically over the past few years, the report notes, with costs for renewables dropping much faster than expected by the energy community.

At the same time, the Asian Development Bank is undergoing a thorough review of its energy policy and says it will soon stop funding coal projects in Asia.

“We are now moving toward renewables,” ADB President Takehiko Nakao said at the Asia Clean Energy Forum (ACEF) on June 18. “We need to integrate more advanced technology and better governance.”

While Nakao wouldn’t dismiss coal projects entirely, saying in some countries, “there’s no access to other options,” he said the ADB had started investing in renewable energy as part of its development strategy for 2030. The last coal project supported by ADB was in 2013, Nakao said.

Roughly 2.5 billion people live in the countries comprising South and Southeast Asia and reducing their dependence on increasingly costly, carbon-heavy energy would have benefits beyond economics. Limiting temperature rise would mean greatly reducing the risk of drought and water stress, “which would contribute to achieving zero hunger, good health and wellbeing, and clean water and sanitation,” said Dr Fahad Saeed, climate scientist at Climate Analytics and another of the report’s authors.

“It would also reduce the risk of flooding for large numbers of people living in coastal regions, as well as extreme heat that can otherwise reach intolerable levels for human health and labour productivity, particularly in densely populated cities in South Asia.”