Red Alert on the Green Beat

Red Alert on the Green Beat 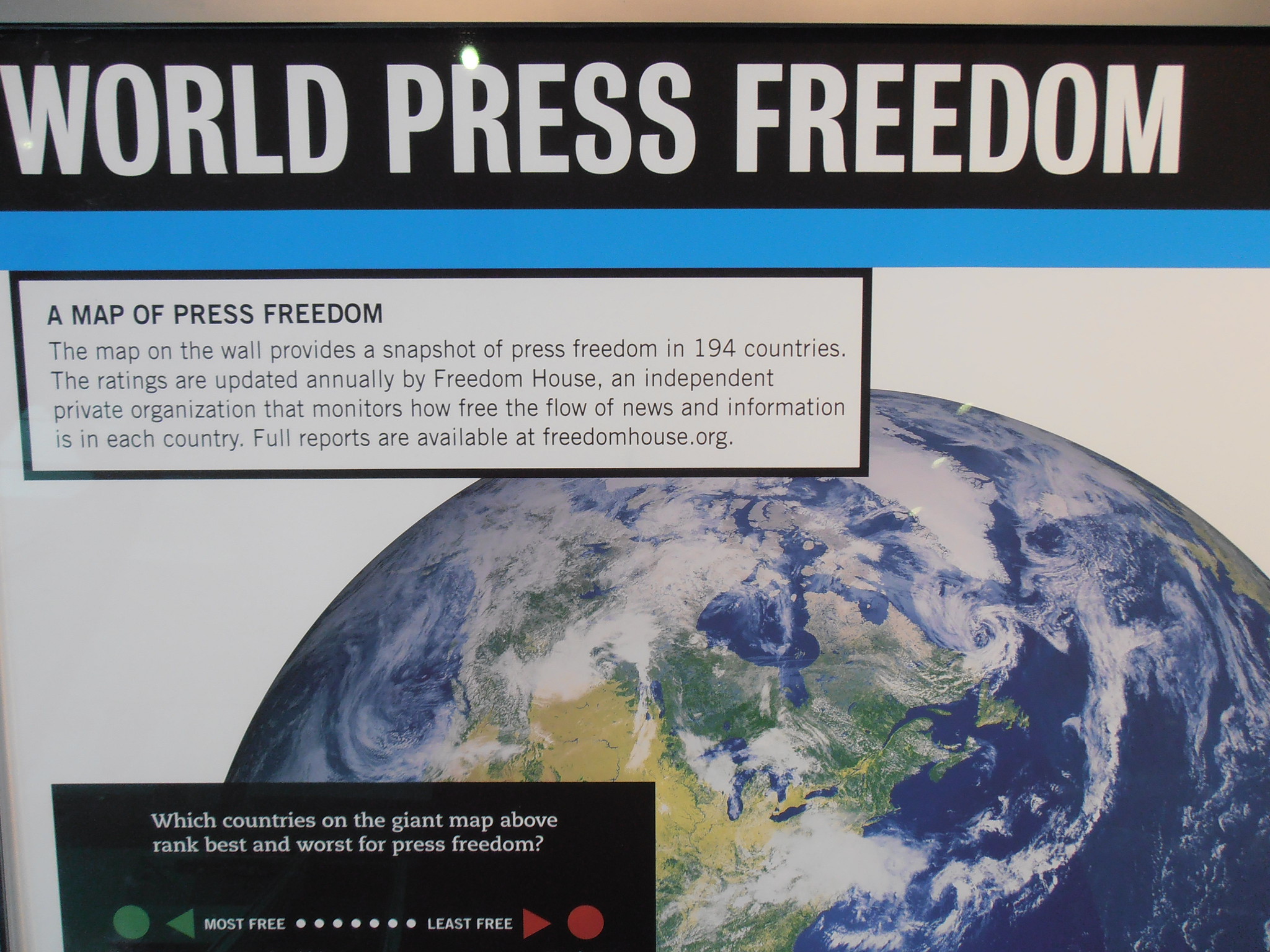 In 2007, Cherelle Jackson started publishing a three-part series of investigative reports that examined plans to develop tourism on an uninhabited island in her home country of Samoa.

“The story involved some high profile investors and politicians,” she recalls. “It was to reveal names of everyone involved and their parts in the story. I investigated the history, agreements of the land lease, the environmental impacts of the project, social impacts, and how much of the EIA [environmental impact assessment] was altered in favor of the investor. It took me five years to investigate the story. In the end, I had to get the EIA from a low-level environment officer, who did it under the table. This is after exhausting all other official routes to obtain the EIA… which is a public document.”

After the first two parts of series were published, Jackson began receiving threatening phone calls, and two days before the last of the stories was to be published, the office of her newspaper, Newsline Samoa burned down. It’s not officially known whether there was any link to her investigative reports, because authorities never carried out an investigation, she says.

Jackson lost most of the documents she had collected in the fire. With her family worried for her safety, she left the country for a month. She and her editor-in-chief, whom she credits for keeping the newspaper alive, agreed not to run the final piece.

Today, May 3, marks World Press Freedom Day, a time to consider the many forces that are keeping the world’s press from being truly free, and pay homage to those journalists who have sacrificed their lives for the cause of informing us. Let’s also keep in mind just how dangerous it can be to report on the environment.

Threats on the Rise

Media and the general public pay surprisingly little attention to the risks facing journalists on the green beat—perhaps because there are simply fewer such journalists compared to those who cover other risky subjects such as war and corruption. Reporters Without Borders (RSF) has produced the best work on the subject, publishing a report about the dangers facing environmental journalists worldwide in September 2009, which it updated last year.

The report provides details on numerous cases of environmental journalists being harassed, threatened, attacked, sued, imprisoned, and even killed (or at least gone missing). At the Copenhagen climate conference in December 2009, RSF’s Vincent Brossel told CJR that the number of cases is growing and that, as of 2009, about 15 percent of all threats his organization monitors are linked to issues such as pollution, logging, and the impacts of climate change. According to the report:

The assailants are not always who you might expect. In most cases, the violence is the work of thugs in the pay of criminal entrepreneurs or corrupt politicians. But in some countries, as Reporters Without Borders has found, the local population paradoxically often supports those responsible for deforestation or polluting factories although it is the most direct victim… Those who get rich by despoiling resources are able, in the process, to provide work to those in most need. As a result, combating deforestation and pollution is often difficult and thankless work.

The fight is all the more unequal for usually being waged in countries where all the machinery of state seems to be an accomplice to the crimes and where the judicial apparatus, when it exists, does not play its role. Most cases linked to the environment never reach a conclusion in the courts. You can even say that most journalists are on their own when it comes to defending themselves. Hence the importance of making this struggle known and mobilizing public opinion in its support.

Most, but not all, of the cases occur in non-democratic countries. The report cites examples in Egypt, Cambodia, Guinea-Bissau, Congo, China, Burma, Uzbekistan, Brazil, Bulgaria, Russia, Peru, Indonesia, Sri Lanka, Vietnam, Argentina, and the Philippines.

“They say [the] Philippines is one of the freest country in terms of press freedom. But the reality is, press freedom here comes with a price,” says Imelda Abano, president of the Philippine Network of Environmental Journalists. “Just early this year, environmental journalist Gerardo Ortega from the country’s island province of Palawan was murdered, purportedly for criticizing local officials accused of corruption and of supporting mining projects in the province.

“He is the 142nd journalist to be killed since 1986. Most of us journalists here (whether covering politics, business or environment) [have] been receiving death threats and harassments every now and then. We are just carrying out our work to condemn corruption, environmental destruction [and] mining, among other sensitive issues we deemed worth reporting to the public.”

Even in the United States and Australia, journalists and communicators have been targeted with hate mail as a result of their reporting on climate change (at least one member of the Society of Environmental Journalists has reported such threats to the FBI), although it seems that most of the verbal violence is directed towards climate scientists. In fact, it is the environmental and community activists in developing countries who are probably in the greatest danger, as they aremurdered with alarming frequency.

Threats Are Too Often Effective

While we all admire journalists who stand up to threats made against them, many do not, and it is hard to blame them. As a journalist covering environmental issues in the 1990s in Thailand, I was occasionally threatened, typically not with violence but rather, in my case, with being kicked out of the country. With the strong support of my editors, I generally ignored the threats and did my best to name names, but in one case I did back down. After uncovering a logging scandal that involved smuggling timber from Burma into Thailand and that eventually set off a skirmish between the Burmese military and some ethnic rebels, I made a trip to the border with some Thai journalists. Along the way, we passed the car of the Thai logging tycoon involved in the scheme, surrounded by his cronies and logging equipment. It was a rare chance to actually question him about his involvement and thereby get his name in the newspaper.

My Thai colleagues, however, forcefully warned me against carrying out the interview, pointing out that I’d probably never be able to walk the streets safely again, or at least not without the constant worry of being gunned down from behind. I heeded their caution, and they were right. Sometimes, it really is better to let discretion be the better part of valor. In this case, the tycoon allegedly ended up losing a lot of his investment due to my coverage of the scandal, and another logging scandal several years later eventually brought his name to light.

The truth is, threats and violence against journalists are often effective. They not only lead to censorship, but to an insidious self-censorship among journalists. Particularly in the more authoritarian countries, it is hard to know what coverage will cross some invisible line and get a reporter into serious trouble. It can be easier to simply avoid taking risks by not covering controversial issues—all the more reason to laud and protect those who dare to report the full truth.

What can the rest of us do to encourage press freedom and prevent attacks on journalists? Support from local audiences and the international community can go a long way.

“We received messages of solidarity from colleagues around the region. We received no assistance from the international community,” says Cherelle Jackson, now the editor of Pacific Environment Weekly in Samoa. “They could have assisted greatly with equipment, laptops, printers and other basic tools for news gathering, as we had lost everything in the fire: printer, office equipment, archives, everything. Newsline received tremendous assistance from the local community, local media, families and close friends, that’s what saw us through the six months after the fire.”

In retrospect, Jackson adds, she probably should have written the piece as one story, instead of three, and perhaps sought to publish it internationally rather than locally.

Assistance can come in other forms, too. Awards for journalists can help raise their profiles, thus serving as a deterrent against attacks. Journalism safety courses can help train journalists in protective methods, and that training needs to extend farther into the digital realm. Most importantly, government and military authorities have a responsibility to protect journalists and other citizens who wish to peacefully make their voices heard on the environment.

That way, we can look forward to a year when World Press Freedom Day will be a cause solely for celebration, not mourning.

View this blog on the website of Colombia Journalism Review: