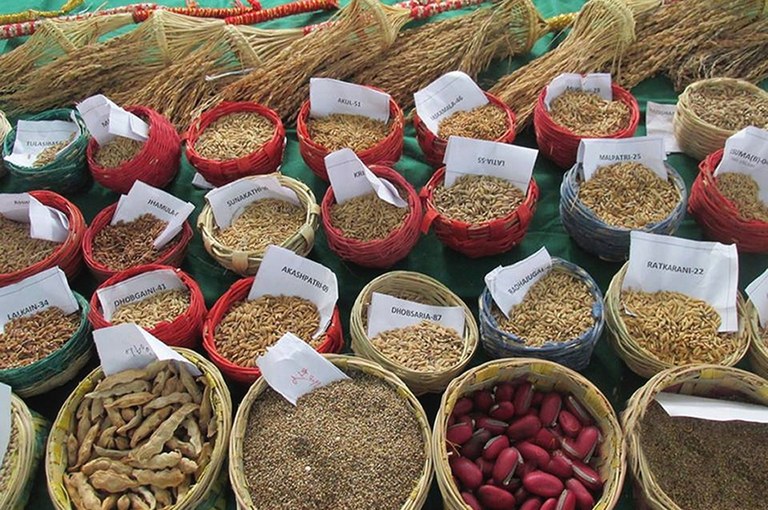 Uttar Dinajpur, West Bengal, INDIA – Twenty-eight-year-old Madhu Das is a computer professional from Uttar Dinajpur district of West Bengal. After completing his studies, he did not migrate to the big city in search of jobs as others did. Instead, he chose to return to his native village of Hatiapaluibari and continue with his ancestral occupation of paddy cultivation. But with a difference.

“I was appalled by the frequent news of farmer suicides, their escalating debts, growing cost of farming inputs, worsened by crop failures due to changing and unpredictable weather patterns and above all irreparable losses to (the) environment,” says Madhu. It made him turn to his roots, to revive some of the indigenously grown folk paddy seeds before it is too late.

Salim Sarkar, a graduate from Nakair village of Dakshin Dinajpur, says “The aroma of my native soil was hard to resist and I decided to practice organic farming, while integrating my modern learning with the traditional knowledge of my forefathers. After all, they did not use any chemicals in their fields then – yet (they) managed to grow so much more diverse varieties of native paddy besides other vegetables and crops than us.”

Like these young educated youths, at least 30 others are tracing back the steps of their forefathers with passion and mission – to bring back the glorious paddy heritage of Bengal by cultivating the heirloom (folk rice) varieties with environmentally friendly agricultural practices and usher food security in their villages. 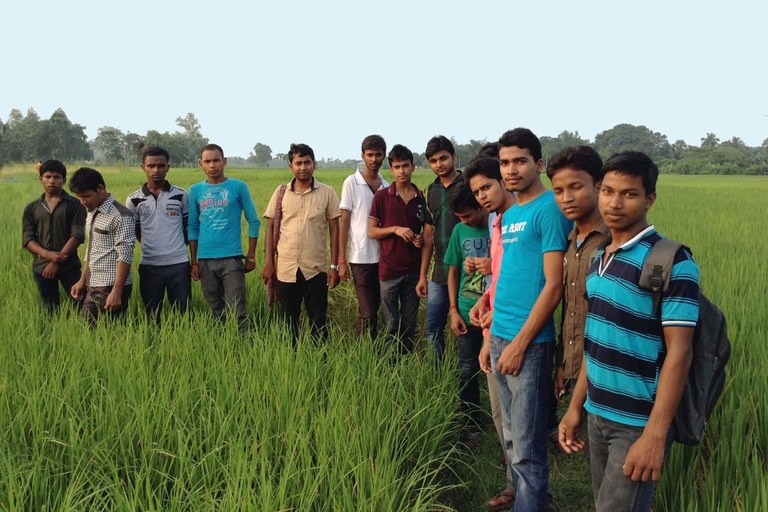 Educated professionals from of Uttar Dinajpur are returning to eco-friendly farming with a passion / Credit: Moushumi Basu

Motivation came from the Forum for Indigenous Agricultural Movement (FIAM), a grassroots organization of “modern traditional” farmers active in Uttar and Dakshin Dinajpur districts of West Bengal.  What started in 2011 with five to six members who were against chemical cultivation for high yield crops has grown to about 75-80 farmers from nearly 20 villages.

“Our efforts kicked off with just 10 varieties in barely 5.5 bighas (0.73 hectares) of land,” recalls Sudipta Mukhopadhyay, one of the founding members of FIAM. Bigha is a traditional unit for land measurement in India. Today the figures have touched nearly 100 bighas (13.3 hectares) with the revival of at least 100 indigenous paddy varieties.

“This agricultural season we have set a target of covering at least 150 bighas (20.06 hectares) with a range of 120 kinds of native paddy,” he says.

This “ecological transition” from conventional chemical cultivation is not easy. “It is slow, requires a lot of patience and convincing the farmers,” says Chinmoy Das, General Secretary of FIAM.  Most of them get deterred by the initial production drop of at least 20%. Then there is the effort and time in the preparation of natural manures and insecticides and getting the soil ready for sowing. 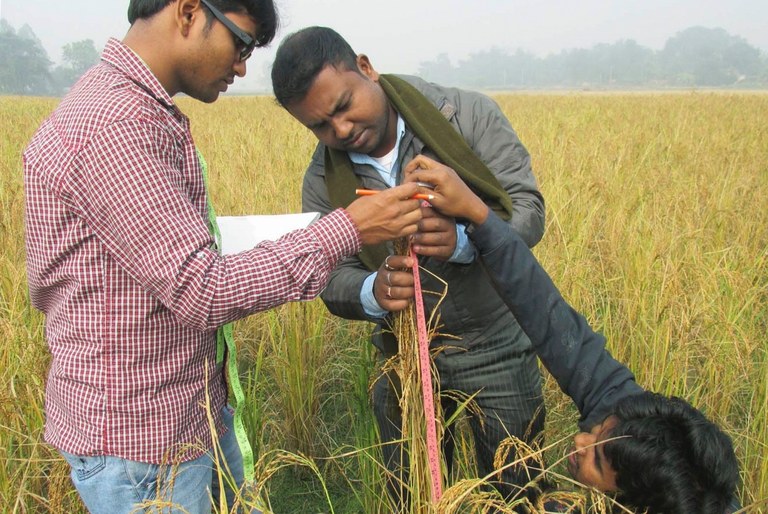 “It is not as simple as buying few sacks of chemical fertilizers from the market and mixing it up with the soil, as in the case of conventional chemical farming,” he says. But if carried out patiently such problems are easily offset over a period of time, with lower input and production cost per hectare.

Helping FIAM to bring about changes in attitude among its fellow farmers are other pan-Indian likeminded groups as the as the  Alliance for Sustainable & Holistic Agriculture (ASHA),  Safe Food Alliance , India Seed Sovereignty Alliance , Bharat Beej Swaraj Mancha, and Sahaja Samrudha.  Through workshops, social surveys, and meetings, these organizations collaborate with FIAM on reviving traditional and ecological farming practices and issues of conservation of native seeds.

Agricultural scientist Dr. Anupam Paul says that the state has a rich legacy of more than 5500 heirloom varieties of traditional paddy seeds. “However, more than 90% of them are today extinct that cannot come back by any scientific means,” he says. A passionate seed conservator himself, Paul is the Assistant Director in the Nadia-based Agricultural Training Centre (ATC), under the West Bengal government. He is credited with conserving more than 400 varieties of seeds.

Paul says traditional paddy cultivars are soil and region-specific, grown with organic manure and pesticides. This makes them inherently hardy and more pest resistant. “The impacts of climate change resulting in erratic increase/decrease in temperatures, humidity ... are breeding new pests and diseases, making chemically grown paddy particularly vulnerable to fungi attacks or reduced efficacy of pesticides,” he says.  The folk varieties also require less water. They are able to withstand weather aberrations while maintaining their yield in line with their chemically grown counterparts.

“Folk rice varieties are the best solutions to the problems of erratic rainfall – either excess or scanty,” says Pravin Burman, from Bhattadighi village of Uttar Dinajpur. Last year there was a flood in the region and chemically grown high yield varieties were all lost. “But many of our indigenous seeds managed to survive,” he says. 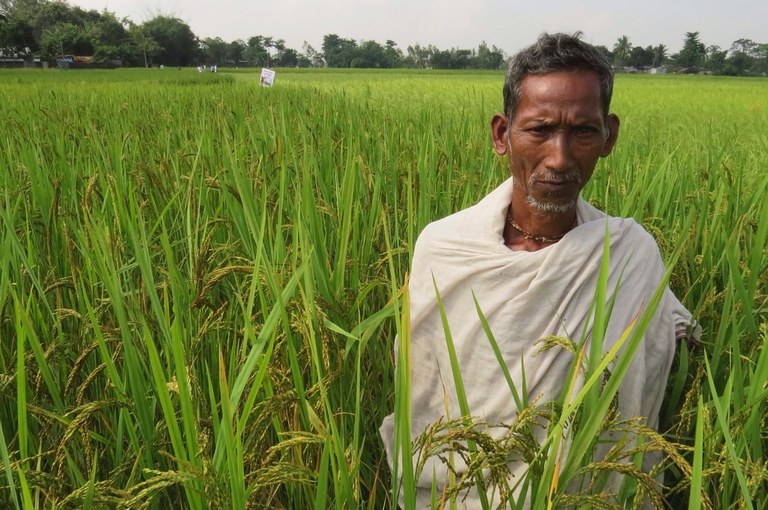 The bold, short-grained Jaldhapa, Kalam, Shole, Langalmuthi, Kerala Sundari, Hetomari, continued to sustain under about 3-4 feet of water for over a week. Others like Sabita, Narayankamini, Patnai held on in flooded lowlands, beneath 1.5-2 feet of water.

The small grained bold rice Bhutmuri (ideal for making muri or puffed rice), Kelas and Kakri, Pari, Zinni, do not require much water and are planted on highlands. A unique rice variety called Gamrah (a native of Kosi river bank of Bihar) is both flood and drought tolerant.

“This was an eye opener for many of our conventional village farmers,” says Burman.

Before transplanting the paddy, the farmers have natural ways of replenishing the soil with nutrients. “Use of leguminous green manure crop as Sesbania (locally known as Dhonche) is very common in these villages,” says Abhijit Kundu of the Agricultural Technology Management Agency (ATMA), Gangarampur block of Dakshin Dinajpur.

These plants are ploughed down with tractors and crushed with the soil.  Both the roots and stems host the friendly Rhizobium bacteria which trap atmospheric nitrogen. “Their decay releases large quantities of nitrogen in the soil, along with organic matter, thus enriching it,” explains Kundu.

The rice are favorites for “Payes” (rice-based dessert) prepared during religious occasions and other delicacies as Biriyani and Pulao. FIAM has been able to revive nearly 25-30 of such scented varieties of traditional paddy.

But folk rice is not just about the taste and flavor alone. According to Dr. Sudeb Saha, a medical practitioner from Raiganj in Uttar Dinajpur and FIAM’s vice-president, “Traditional rice cultivars are inherently endowed with at least 30 percent to 70 percent higher nutritional value than their chemically grown counterparts.”

The strains of unpolished brown rice as Bhadoi, Kabiraj Sal, Shatia, Agniban, are rich in iron and anti-oxidants. Bhadoi is particularly prescribed for expecting mothers and anemic patients. Kabiraj Sal, on the other hand, gives strength and is advised for recuperating patients.

Seeds such as Shatia and Kartiksal that are among the fastest to mature (within 60-70 days), are rich in fiber and low on carbohydrates, thus ideal for diabetic patients. Bhutmuri and Kelash are very filling even with low intake. Kalabhat, a black paddy variety originally from Maharastra with its purplish black bran is particularly rich in anthocyanin – is also believed to have cancer-fighting properties.

“Its lower Glycemic Index as compared to the customary white, polished, translucent rice makes it a highly suitable diet for diabetic patients,” says Dr. Saha. Even the young leaves of certain varieties of black paddy – rich in anthocyanin are used as vegetable pakora (a fried snack). 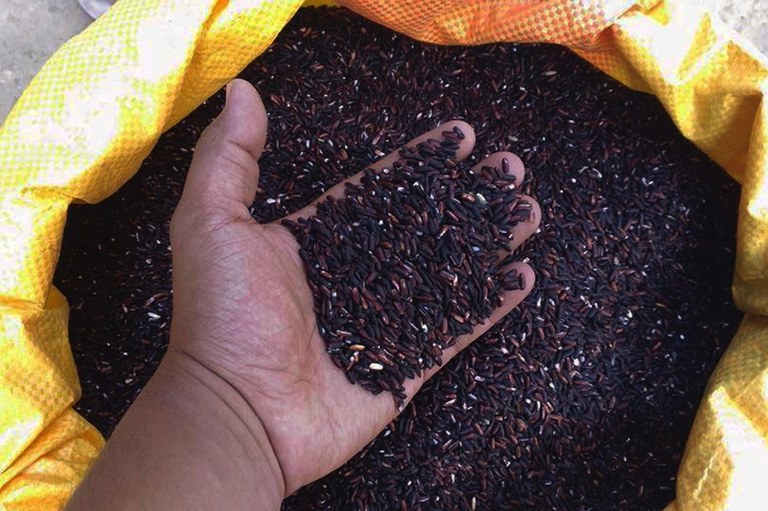 Kalabhat is particularly rich in anthocyanin and believed to have cancer-fighting properties / Credit: Anupam Paul

When it comes to choosing between chemical intensive high yield and organic paddy, the yield is an important consideration. “But not to worry! We have desi high yielders folk rice varieties too,” says Mushtaq Ali from Hazratpur village in Dakshin Dinajpur. “In this regard, Bahurupi, Kerala Sundari, Megha dambur, Rabansal … are farmers’ favorites, with their production ranging from an average of 4 tons to 7 tons per hectare.  Even the aromatic varieties as Jaiprakash, Bansphul, Radhatilak , Mallifulo gives substantial production,” said Ali.

Scouting for varieties of the native paddy seeds is not easy either. “We identified old time farmers who are still into traditional organic farming in different parts of the country and approached them for seeds,” says Sudipta Mukhopadhyay from FIAM.

The rare Gobindobhog variety was obtained from a farmer in Burdwan district whose family was cultivating it for the past several decades. Seeds are also exchanged with native farmers from the tribal states of Chattisgarh and Jharkhand.

The seeds being acquired are used in trials by FIAM members for 3-4 months on an experimental plot of land at Bhattadighi village, before being introduced to other farmers.

It is important to maintain the respective genetic purity of the landraces. The seeds are planted with a mutual gap of 6-8 flowering days and distance of three feet to avoid cross pollination, which can result in the loss of their distinctive characteristics.

In this regard, folk varieties as Bahurupi, Shatia and Kalabhat can be safe neighbors.  Similarly others as Hetomari, Jaiprakash, Radhatilak and few others can well be grown side by side, without disturbing their characteristics, explains Ramen Burman, member FIAM and traditional farmer. 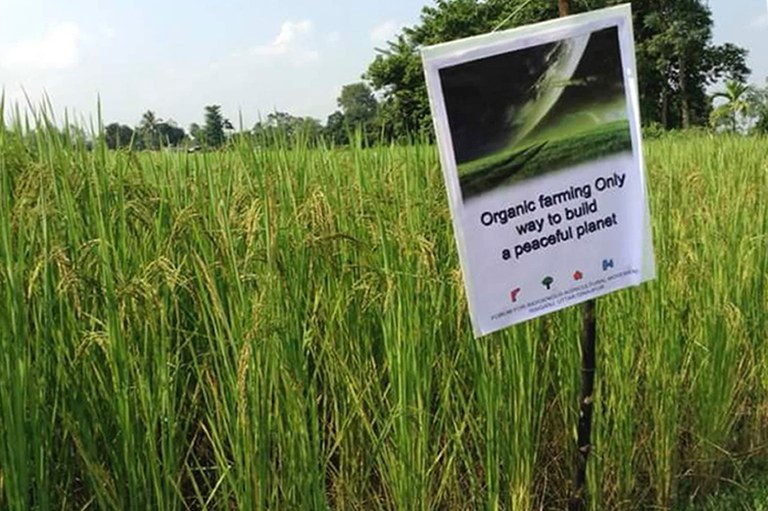 As cultivation of folk rice using traditional farming practices is being revived, farmers face challenges due to inadequate marketing.

FIAM is working on pilot projects with certain government-run schools for regular supplies of native paddy through an Indian government program to improve nutritional intake for school children. It has also submitted proposals to Uttar Dinajpur agricultural department to supply of organic folk paddy to rural healthcare centers.

Farmers are also using tech-savvy ways of marketing their products. “We upload them daily through Whatsapp and social media to reach out to our consumers, who requisition them as per their requirements,” says Madhu Das. Rice varieties as Tulaipanji, Hetomari, and Kalabhat have even attracted overseas market in the U.S. 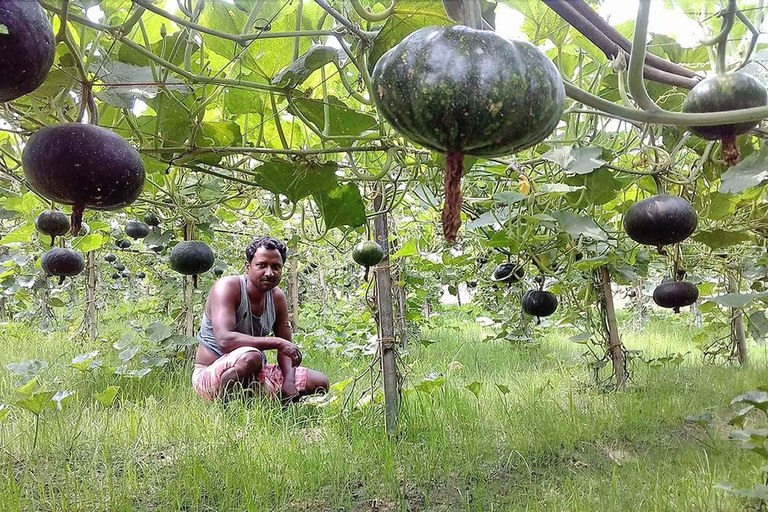 Organic fairs are also organized to bring together consumers and farmers, who display and speak of their “fresh from the farm” products. Farmers say the urban consumers are interested in eating healthy, buying seeds and saplings to do some kitchen gardening themselves using natural fertilizers.

“Our work is not just about cultivation and business alone, but to promote organic culture and make it a way of life in society,” says Chinmoy Das from FIAM.

This story is produced under the EJN Asia-Pacific Story Grants 2018 with the support of Sweden/SIDA. A version of it was first published in Mongabay India on July 26, 2018. 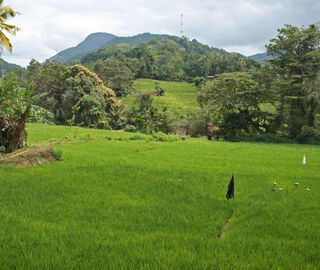