The Mesoamerican Reef is a coral barrier that extends over a thousand kilometers in the Caribbean Sea, between Mexico, Belize, Guatemala and Honduras. It is one of the most important ecosystems in the world, and it’s dying partly due to poor sewage treatment in the Mexican state of Quintana Roo.

Over the last three decades, the Yucatan Peninsula where the state is located has seen an exponential increase in its number of inhabitants, some of that driven by accelerated growth of tourist destinations, such as Cancun, Playa del Carmen, Tulum and Isla Mujeres.

But researchers point out that this growth has not been supported by the necessary infrastructure development or measures to mitigate the environmental impacts on the region’s natural resources. Among those resources are underwater caverns (or cenotes), jungles, beaches and the reef, and together they draw 14.2 million visitors per year, according to the Tourism Secretariat (Sedetur, by its acronym in Spanish).

The underground rivers that supply water for drinking and domestic use in Quintana Roo are often just a few meters from the surface, providing easy access to those wishing to extract water or dispose of waste, explains Alejandro López Tamayo, a researcher at the Centinelas del Agua, a non-profit water conservation organization.

In addition, no municipality in Quintana Roo has a full domestic drainage network, and the lack of this basic service has forced families to improve their own drainage through unsanctioned on-site sewage facilities (OSSF) that feed directly into those underground rivers.

The Yucatan Peninsula’s aquifer connects to the Mesoamerican Reef through underground tunnels that flow into the Caribbean Sea, explains López Tamayo. Therefore, the raw sewage that is illegally dumped every day reaches directly to the corals.

It’s not only these on-site sewage facilities that are polluting the groundwater, but sewage treatment plants that are  allowed to dump their waste by Mexican environmental authorities.

And although Quintana Roo’s aquifer is extremely delicate, local authorities - like others in Mexico – have also permitted potable water and sanitation company Aguakan, the state’s water and sewage department (CAPA), wastewater treatment plants and hotels  to inject treated waters into the subsoil, where they seep into the underground rivers.

Environmental organizations have promoted several modifications to the Official Mexican Standard 001-Semarnat, which regulates this discharge and has not been updated since 1996. But the Ministry of Environment and Natural Resources has not responded to requests to update the standard. When questioned about the regulation for this story, Minister Victor Toledo Manzur said work will be done to address the issue, but he did not elaborate.

Mélina Soto, the Mexican coordinator of the Healthy Reefs for Healthy People Initiative, said that sewage carries nutrients that allow for the growth of fleshy macroalgae on corals. As this macroalgae grows, it settles down over the corals depriving them of the light and oxygen they need to live.

Lorenzo Álvarez Filip, a researcher at the Institute of Limnology and Marine Sciences of the National Autonomous University of Mexico (UNAM), indicates that in the last 40 years, the Mesoamerican Reef has lost about 80 percent of its coral coverage due to human contamination.

In September 2019, a group of researchers from the University of Florida, the Smithsonian marine station and the Oregon State University, led by marine microbiology doctor Julie Meyer, managed to isolate five groups of bacteria present in the corals affected by SCTLD; they found that at least two are present in wastewater. To date, more than 40 percent of corals in the Mexican Caribbean are affected by these bacteria.

The Mesoamerican Reef is a fundamental part of life in Quintana Roo, point out conservationists like María del Carmen García Rivas, director of the Puerto Morelos Reef National Park. She says tourism, a main industry of the Mexican Caribbean, depends on the reef, which also acts as a natural barrier against storms and hurricanes and protects the habitats of thousands of species of ecological and commercial importance,

Yet the state and municipal government do not have urban infrastructure to attend to the fast growth of Cancun, Playa del Carmen, Cozumel, Tulum, and Isla Mujeres, which have more than 105,000 hotel rooms with almost 30,000 currently under construction.

"We need to do more … to preserve the Reef and the economic activities that we have always had," García Rivas said, suggesting that the state slow down tourism and real estate development as long as the environmental problems facing these ecosystems are not resolved.

This is a summary of a story that was originally published in Spanish in Aristegui Noticias on 23 Dec. 2019. Support for the reporting was provided by the Earth Journalism Network's Mesoamerican Reef Reporting project. 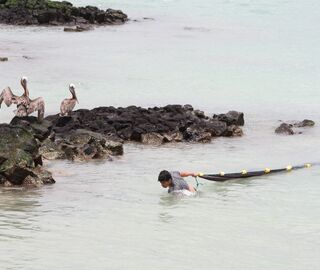 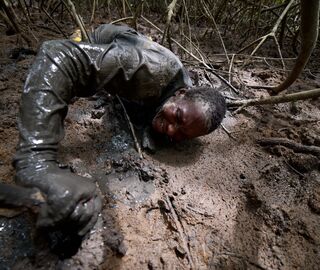