Solar Energy Gives Hope of Light in the Mountains of Uttarakhand

Down To Earth
,
Uttarakhand, India

Solar Energy Gives Hope of Light in the Mountains of Uttarakhand

Although solar street lights have changed life for women in the high altitudes of Tehri, the Indian government is far behind on its renewable energy targets.

This story was reported from Kafulta village of Tehri hill district, in Uttarakhand, where solar-powered street lights were installed four years ago as part of a government initiative to electrify rural and semi-urban areas of the country. The village, which was shrouded in darkness come sundown, is now illuminated at night by the light of solar energy.

This has made life easier for the women of the village. In the mountains, most of the work related to the home, farm and animal care is carried out by women, who found it difficult — and unsafe — to leave the house after dark. With the help of solar lights, women now feel more secure stepping outside their homes at night.

Pinky Aswal, village head of Kafulta, said: “When there was no light in public places, people used to come and go with torches or lanterns. In such a situation, women call each other or take the men of the house along [to complete their chores]. The fear of women has reduced due to the lights in the streets at night."

Sunita Chauhan, another member of the community, pointed out that "most of the toilets in the village are built outside the houses. If the children had to go to the toilet, someone had to accompany them. There is also the danger of snakes and other wildlife. Solar light has reduced this fear."

For villagers in Kafulta, frequent power cuts are no longer as debilitating. “Power cuts are very frequent in the village. Sometimes there is no electricity for three to four days. There are times during the rainy season, when we have faced electricity cuts for two weeks also. In such a situation, we cook food under these solar street lights,” said Parvati Devi.

In order to improve the power system in rural and semi-urban areas of the country, the Ministry of New and Renewable Energy implemented the Atal Jyoti Yojana (Ajay) from September 2016 to March 2018 under the off-grid solar scheme. Under this, 7 watt solar street lights were installed in 96 Parliament constituencies of Uttar Pradesh, Assam, Bihar, Jharkhand and Odisha. Funds for 1.45 lakh solar street lights were sanctioned by the Member of Parliament Local Area Development Fund (MPLAD Fund) in its first phase.

Considering the positive impact of Ajay Yojana, its second phase was launched on 18 December 2018, slated to be carried out over two financial years, 2018-19 and 2019-20. Under this scheme, it was decided to install 3,04,500 solar street lights of 12 watt capacity. In this phase, five states of Phase-I, along with the hill states of Uttarakhand, Jammu and Kashmir, Himachal Pradesh, Sikkim, Andaman and Nicobar Islands and Lakshadweep were also included.

According to the website of Energy Efficient Services Limited (EESL), which is responsible for installing the solar street lights, a total of 1.97 lakh solar LED street lights have been installed across the country in both phases so far. This is far less than the set target of 4.5 lakh lights.

This story was produced with the support of Internews’ Earth Journalism Network. It was originally published in Hindi in Down to Earth on 19 November 2021. This summary has been lightly edited for length and clarity. 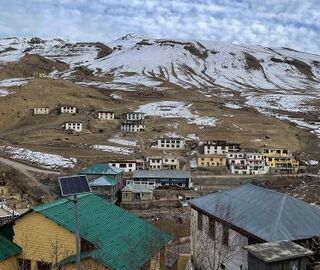 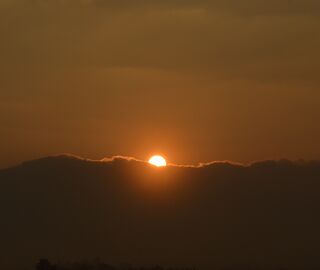 Tamil Nadu, India
Could Tamil Nadu's Energy Policies Serve as a Model for the Rest of India?
© 2023 Earth Journalism Network All rights reserved.