“Black particles of ash get carried in the wind all the way here,” says Nurhasanah, a resident of the coastal town of Suralaya in Indonesia’s West Java province. “If I don’t mop every day, you can see dirty footprints from ash on the floor. When they were burning coal there at the plant, my son here would get sick. He said it’s because of the ash.”

Nurhasanah lives in the shadow of the oldest and largest coal-fired power plant complex in Indonesia: eight units with a combined capacity of 4,025 megawatts, making it the largest in all of Southeast Asia.

In addition to health effects, some residents say the plant has damaged the area’s fisheries, traditionally a mainstay of the local economy. “What’s concerning is the fish here,” says Heri, a 49-year-old fisherman from Suralaya who recently took a part-time job as a goat herder. “After unloading coal from the barge, the mixture of seawater and coal dust is thrown back at sea, and that’s what makes fish die.”

Despite these local grievances, the Indonesian government plans to make the Suralaya coal-fired power plant complex even bigger, under a $3.5 billion project sponsored mainly by South Korean public financing agencies.

The growth of a mega facility

The construction of the two generating units and the supporting facilities, including a jetty and disposal facilities, is expected to be completed in December 2024 by South Korean contractor Doosan Heavy Industries & Construction together with Indonesian state-owned construction firm PT Hutama Karya.

An additional $2.6 billion in financing comes from a consortium of seven commercial and public banks from Malaysia (CIMB and Maybank), South Korea (KEB Hana Bank), China (Bank of China), and Indonesia (Bank Mandiri, BNI and the Indonesia Eximbank).

Proponents of the Jawa 9 & 10 project say this massive investment will stimulate economic growth at both the national and local level. “In the midst of [a] declining national economy and impact of COVID-19, initiation of the project in 2020 will be giving a very direct positive impact not only for the surrounding community but also the national economy,” says Igan Subawa Putra, corporate secretary of Indonesia Power. “The start of this project is very eagerly awaited by the local community and national industry players because it will absorb around 10,000 workers.”

Some in Suralaya, however, have a different view of the project’s economic impacts.

Siti, a 30-year-old Suralaya resident, says she and her husband lost their livelihood when the construction began. The new units are being built on Kelapa Tujuh Beach, where the couple worked as vendors selling coconuts and other drinks. “When we had beaches, my husband never needed a job,” Siti says. “The income from selling coconut was enough. But now …”

Concerns about unemployment among Suralaya residents are a common refrain in the community around the Jawa 9 &10 site.

“No need to give too many arguments, just give us facts,” says Jumani, 64. “If only they let 50% of the locals living in Suralaya and Lebak Gede to work there, that would significantly cut the number of unemployment; if that’s the case, we don’t mind with the new construction.”

Jumani also says locals, including community leaders, were not allowed to give input during the planning process for the construction of units 9 and 10. “Indeed, for common people like us, we don’t know much about the permitting process, about the environmental impact analysis,” he says.

In South Korea, there has also been debate about whether the plant should go forward using South Korean public money, especially since South Korea is itself shifting away from fossil fuels.

At a KEPCO board meeting on June 26, 2020, questions were raised about the feasibility of the Jawa 9 & 10 project, and its contribution to South Korea’s economy and the global climate crisis. Debate was so heated the meeting ended without a resolution. The decision to go ahead with the investment was not finalized until a second meeting four days later.

“The project has been carried out over the past few years through continuous review and compliance with the established procedures. Corporate decision-making is risk-taking and requires a decision to drive the business,” reads the summary of the attendees’ remark from the minutes of June 30 KEPCO meeting.

That decision, in turn, paved the way for South Korean export credit agencies, such as K-Sure and KEXIM, to provide loans and project financing security for the project.

A number of South Korean laws provide the legal basis for public investment in the Jawa 9 & 10 project: the KEPCO Act, Korea Development Bank Act, Export-Import Bank of Korea Act, and Trade Insurance Act. These encourage South Korean companies, both government-owned and private, to do business overseas, and do not stipulate regulations regarding carbon emissions.

A 2020 white paper published by lawmaker Yangyi Won-young and a group of local and international environmental NGOs showed that South Korean public institutions have robustly funded overseas coal-fired power plants between 2009 and 2020. The paper concluded that, at a time when much of the world is undergoing an energy transition away from fossil fuels, South Korean financing for Jawa 9 & 10 would cause “the privatization of profits, socialization of losses.”

“Including Jawa 9 & 10 in Indonesia and Vung Ang-2 in Vietnam, the coal-fired power plants that South Korea is investing and building around the world will not exist without South Korea,” says Sejong Youn, the director of South Korean climate justice advocacy group Solution for Our Climate. “This is actually against the global decoupling trend.”

In July 2020, as criticism of the project mounted both domestically and abroad, a group of 21 South Korean lawmakers made a motion to amend the country’s investment-promotion acts to explicitly ban public corporations and funds from being involved in overseas coal-fired power projects. The bill is still under review, but if passed, would prohibit South Korean public funds from being used to either build coal power plants or extend their lifespans.

The South Korean government has been making a groundbreaking turn in its domestic energy mix since the very beginning of the Moon Jae-in administration in 2017.

South Korea’s “8th Basic Plan for Long-term Power Supply and Demand” (2017-2031), announced in December 2017, sends a very clear policy message promoting a transition away from fossil fuels by gradually reducing the share of coal-fired power generation facilities from 31.6% of the total energy mix in 2017, to 22.9% by 2031. At the same time, it calls for increasing the share of renewables from 9.7% to 33.6%. South Korea’s new energy master plan in 2019 set a renewable energy share in the power sector to 35% by 2040.

Doosan Heavy Industries & Construction is one of South Korea’s leading coal power developers, with the sector accounting for up to 80% of its projects. Since 2015, Doosan, which is headquartered in South Korea’s southern industrial heartland, has been struggling to recover from cumulative losses driven by a decline in domestic and international power generation orders.

Campaigners and activists in South Korea are concerned that KEPCO’s decision to invest taxpayer money in the Jawa 9 & 10 project is an attempt to buy time for Doosan at the expense of global climate and public health.

“When the 8th basic plan was declared, Doosan announced that they would quit nuclear power generation (for renewables). But Doosan received 3.6 trillion won [$3.2 billion] of emergency bailout in early 2020. Government might have feared that Doosan’s loss of the coal-fired power plant business would devastate the local economy with massive unemployment,” Yang says.

On the policy side, Yang points to “Team Korea,” a term used by government officials and the business sector to promote pairing private companies with related government agencies and public financial institutions when entering overseas markets.

Under the Moon Jae-in administration, South Korea has also adopted the “New Southern Policy” diplomacy initiative to strengthen economic ties with Southeast and South Asian countries. The policy was enacted after South Korea, whose economy is highly dependent on trade, experienced a large trade deficit due to geopolitical conflict with China over the deployment of a U.S. anti-missile battery in South Korea in 2016.

This new foreign policy was put on public display during President Moon’s state visit to Indonesia in November 2017. During the visit, South Korea and Indonesia signed 11 memorandums of understanding and three agreements to expand cooperation in various industrial fields, including energy and power generation.

In South Korea, these agreements were seen as a rescue signal for the country’s coal-fired power generation industry, including Doosan Heavy Industries & Construction. In Indonesia, the agreements fit in with a broader trend of boosting coal-fired power to support domestic mining firms.

Because the project will be built with foreign capital, Indonesian officials see no reason to disagree with it, says Youn, the South Korean climate activist. “Indonesia seems to be benefiting,” he says, but he notes that lower-than-expected growth in Indonesia’s economy and energy demand could mean the project will become “very burdensome.”

In addition to the possibility of sluggish electricity demand, South Korean activists and lawmakers have warned that if regulations on greenhouse gas emissions become stricter, the Jawa 9 & 10 plants might have to close even before the project pays for itself, leaving investors with a stranded asset.

This is of particular concern, Youn says, because analyses, including a preliminary feasibility study conducted in 2019 by the Korean Development Institute (KDI), indicate that the endeavor could be a loss-making one for South Korea and undermine the financial soundness of public enterprises. Based on publicly available data, KDI concluded that the project would suffer around $10 million in losses due to KEPCO’s overestimation of the revenue from selling electricity.

“It might look like that construction company and investors are cherry-pickers of this project,” Youn says. “But Doosan will have to bear the additional cost because it lowers the construction cost to win the contract and investors will also have to pay for the loss of their business with Jawa 9 & 10 project.”

Is the deal done?

Due to domestic and international pressure, the South Korean government has officially announced the country will no longer invest in new coal-fired power plants overseas as of 2020. That makes Jawa 9 & 10 in Indonesia and Vung Ang-2 in Vietnam the two last overseas coal energy investments by Seoul.

“I think that if local residents continue to raise questions about air pollution and greenhouse gas emissions, and continue to point out problems in the licensing process, the legitimacy of the project will be scratched and the decisions could be changed,” Youn says.

Climate advocates like Youn say they hope the Jawa 9 & 10 plants can be turned into LNG power plants, citing the precedent of Samsung’s Vung Ang-3 power plant, which was originally contracted as a coal plant but is now going through a review process by the Vietnamese government to be transitioned to LNG.

Others have called on South Korea to share its technological prowess with countries like Indonesia, rather than help to further entrench fossil fuel use.

“It’s important to remember the role of public finance from technology exporting countries,” says Fabby Tumiwa, executive director of Indonesian private policy think tank the Institute for Essential Services Reform (IESR). As financial interest in the coal industry has declined in the private sector, the industry is increasingly being subsidized by aid from countries including Japan and South Korea. Fabby says the government should instead focus on supporting green industries: “What we can do is actually exchanging renewable generation technology with incentives.”

He adds that if South Korea gives up coal and instead creates financing vehicles through South Korean public banks to invest in Indonesian renewable energy projects, it will dramatically alter the direction of both countries’ energy transition, ultimately benefiting the economy and public health in both countries.

With additional reporting from Della Syahni.

This story was produced with support from Internews' Earth Journalism Network and was originally published in Mongabay on 15 April 2021.

Banner image: Subur and his wife Jamsiah, as well as a herd of goats, with Suralaya Power Plant units 1-7 visible in the background. / Credit: Eka Nickmatulhuda. 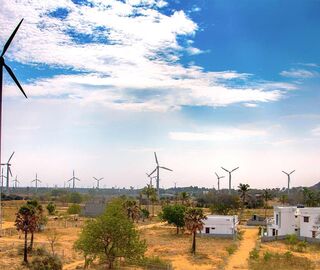 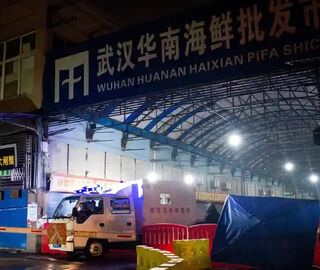