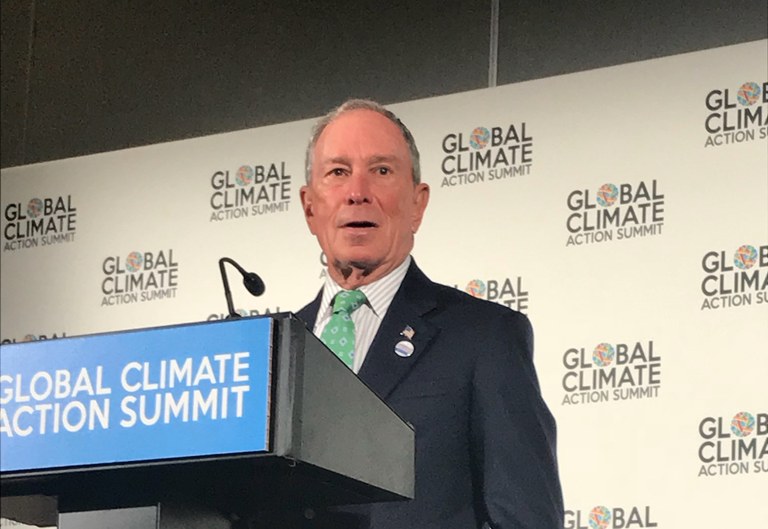 Cities were one of the main events at a first-of-its-kind global climate summit in San Francisco from 12-14 September, with city, state and regional leaders committing to ambitious action to combat climate change. But at the China Pavilion, one of dozens of side events organized around the summit, the focus was on how China and the U.S. could continue their cooperation on battling climate change as a trade war between the two countries escalates.

“Tariff policies have already affected the construction industry, steel, wind towers and solar module imports, slowing down our response to climate change,” the Mayor of Los Angeles, Eric Garcetti, said in an interview with Energy Observer. “For both China and the United States, a fair-trading environment is needed, especially in ports like Los Angeles."

"We hope that these issues will be resolved soon in the Pacific Rim,” added Garcetti, a Democrat who has been floated as a possible presidential candidate in 2020.

At the beginning of the year, the trade spat between China and the US was already taking its toll on a previously-agreed cooperation between the two countries over liquified natural gas and oil. An ongoing battle over trade tariffs could have a severe impact on both countries by raising costs for natural gas, solar panels, electric vehicles and other energy-sector inputs.

More than half of the total shipments that come through the port in Los Angeles are related to China. If this issue is not well resolved, said Garcetti, it’s the people from both countries who will pay the price.

When California Governor Jerry Brown addressed the crowd at the China Pavilion, he said that since China's system is very different from the United States it often leads to misunderstandings between the two countries. But when it comes to facing the threat of climate change, China and the US are in the same boat.

“Through climate issues, there are many common interests between China and the U.S. that can enhance mutual understanding,” Brown said. “The challenge of climate change will enable us to strengthen our technology and industry cooperation.”

The problem of climate change can be solved, Brown added, the key is to have an open mind to implement different solutions.

As the world's fifth-largest economy, California emits greenhouses gases equivilent to 11 tons of carbon per person while China's per capita carbon emissions are 8 tons per person, Brown said. Given those numbers, it is important that both sides work together to reduce emissions.

One way they can do so is by cooperating on electric vehicles. At present, there are about 1.5 million electric cars in China, but Brown said 100 million more are needed. California is looking to lead 13 states in the US to work together to accelerate the dissemination of electric vehicles, he added, and this is where the cooperation with China is needed.

Los Angeles has pledged to transition its public transportation system to full use of electric buses by 2030. The city has already placed 155 electric bus orders, Garcetti said in an interview.

Los Angeles is also deploying charging devices in urban blocks, with plans to have more than 2,000 charging piles. Some will be produced by American companies and some will be imported from other countries, said Garcetti, who mentioned BYD, China's biggest electric vehicle maker.

According to the plan, the two parties will communicate and reach a consensus on financing decisions in order to achieve the common goal of addressing climate change and reducing air pollution while promoting economic growth in the two regions. In addition, Brown said in an interview with Energy Observer, that California and China have cooperated on carbon market design in China for a long time. The University of California has also established a Clean Energy Finance Research Institute with Tsinghua University.

Americans 'more determined than ever' to make progress

Cooperation was one of the highlights of the Global Climate Action Summit, which Brown and former New York City Mayor Michael Bloomberg decided to convene following the announcement by US President Donald Trump that the US would withdraw from the Paris Agreement, an accord under which more than 170 countries have committed to reduce their carbon emissions in an effort to limit global warming.

“We knew many people around the world would conclude – wrongly – that America was walking away from climate action,” Bloomberg said at the opening ceremony of the GCAS. “In fact, Americans are more determined than ever to make progress on climate – and we are making progress.”

California's push for the rapid expansion of electric vehicles is aimed at reducing its greenhouse gas emissions by 40 percent over the next 12 years.

On September 11, the day before the summit began, Gov. Brown signed legislation that would phase out California’s use of fossil-fuel power generation and put it on the path to achieving net zero carbon emissions by 2045.

Under the bill’s targets, 60 percent of California's power generation will come from renewable sources, such as wind and solar PV, up from 32 percent at present. By 2045, the state will rely entirely on renewable energy to generate electricity. The bill made California the second state in the United States after Hawaii, to commit to 100 percent renewable energy.

At the same time, 38 other states in the U.S. have pledged to adhere to the goals of the Paris Agreement, led in large part by metropolian areas. For example, the city of Indianapolis began a project to install new streetlamps and retrofit upwards of 27,000 existing lamps with LED fixtures by the spring of 2021. That move could reduce carbon emissions by about 17 percent. In Texas, the city of Georgetown is already running at nearly 100 percent clean -energy generation, and alliances in the western states are working together to build electric vehicle charging stations.

Back to the Paris Agreement

"In the U.S., the decisions that have the most influence over greenhouse gas emissions are not made by the federal government. Those decisions are made by mayors and governors, CEOs, and citizens,” said Bloomberg. "Because of all of these groups, over the last decade, the U.S. has cut carbon emissions more than any other large nation."

In 2017, US carbon emissions fell to their lowest level in 25 years with no help from Washington, Bloomberg said. The report, "America’s Pledge," released on the opening day of the GCAS, predicts that if emissions' reduction measures are adopted even more widely than at present, the United States could come close to reducing its carbon emissions to its committed goal of 26 percent from pre-industrial levels by 2025.

"The efforts of the states and citizens do not mean that the decision in the federal government is not important," said Bloomberg. "This is one of the reasons why I participated in this year's midterm elections. Washington needs a new direction."

During the summit, Xie Zhenhua, the special representative of China's climate change affairs, also pointed out that as climate change is becoming more and more urgent, countries must strengthen cooperation and achieve a win-win situation. At the same time, China will also ensure that it fulfills its climate targets under the Paris Agreement. 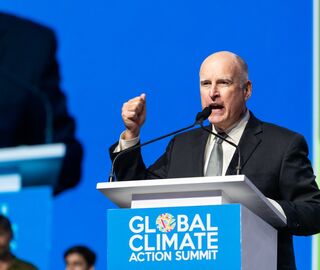 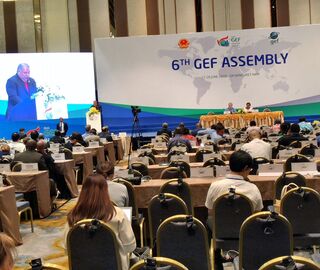 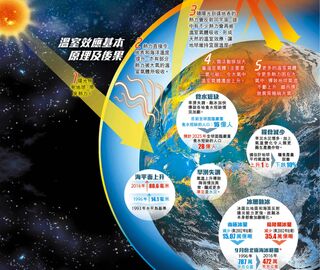 The Philippines
Health experts in the Philippines lead the fight against dirty air
© 2023 Earth Journalism Network All rights reserved.