Despite plentiful rivers and lakes and many clean-water schemes, only 62% of people in Tajikistsan have access to clean water. Fast population growth and ineffective water pricing are the two big reasons for the problem.

“Stocking up on water is our responsibility as men here work, and water is the most important thing for us throughout the day for our chores,” said Oisha Samariddinova, a resident of Khatlon, Tajikistan’s southern and most populous province.

“We clean linen, wash the dishes and cook. My son is a migrant in Russia, and my husband works. So, it falls to me and my daughter to go and fetch water. The nearest water pump is three kilometres away," she said.

"We have a trolley now, but we used to bring water home manually with buckets, just like our neighbours [still do]. We made the decision to buy a trolley after I began to experience serious kidney pain," Samariddinova continued. "Women here need to wake up two hours earlier than everybody else in order to get all of the household chores done in time. If we had household access to water, it would make our lives easier.”

Mountains with numerous glaciers make up 93% of this small, Central Asian country of about 9.5 million people. Large lakes are everywhere. But only 62% of the population has access to clean water.

According to the World Health Organization and Unicef, in all Commonwealth of Independent State countries combined, 94% of the population has access to clean water, a far higher figure. The Commonwealth of Independent States (CIS), established in 1991, consists of Armenia, Azerbaijan, Belarus, Georgia, Kazakhstan, Kyrgyzstan, Moldova, Russia, Tajikistan, Turkmenistan, Ukraine and Uzbekistan.

There is no shortage of conferences on how to provide clean water to everyone in Tajikistan, nor of schemes to do so. They started with observing the International Year of Clean Water in 2003; then there was the 2005-15 ‘Water for Life’ plan; 2013 was proclaimed the International Year of Water Resource Cooperation; now Tajikistan has the 2018-28 ‘Water for Sustainable Development’ plan, the 2008-20 ‘Improvement of Access to Clean Drinking Water for the Tajik Population Programme’, the 2010-25 ‘Water Sector Development Programme’ and the 2016-25 ‘Water Management Reform Programme.’

At last count, there were 15 programmes, strategies and action plans, plus a number of old and new laws to provide clean water to everyone. Many international development organisations are involved in the programmes. In March 2019, the World Bank allocated USD 58 million to the development of a sustainable water supply in Tajikistan.

But the provision of clean water remains one of the biggest challenges in the country.

Burkhonov Sharifchon, an expert at the country’s large water supply organisation Vodokanal told The Third Pole, “In accordance with the development of the Water Sector Development programme, by 2025 access to clean drinking water should be at 96.53%. More specifically, the programme predicts that, accounting for demographic growth, 96% of the rural population and 98% of the city population will have access to drinking water. Funds amounting to 3,324,843,7 somoni (around US$352,000) have been dedicated to this programme, 70% of which is made up of foreign investments.”

More problems in some regions

Parts of Khatlon are among the worst affected by the shortage of clean water. They include Jaihun, Kabodian, Nosiri Khusrav, Vose, Dzhami, Shahrtuz and Vakhsh. The other badly affected spots include Konibodom and Panjakent districts in Sughd Province, the districts of Republican Subordination and the Gorno-Badakhshan Autonomous Region.

Most of the residents in these areas use surface water, which increases the risk of infectious diseases such as typhoid, cholera, dysentery and diarrhoea, especially because not many boil the water before drinking or cooking with it. A few who can afford to buy bottled water do so.

Berdiev Tuliboi, a teacher who lives in Zafarobod district of Sughd, told The Third Pole, “From 1998 to the present day, there have only been a few freshwater sources that people could take drinking water from, with the help of buckets and barrels. In 2016, people in our village, with the help of Domkom [a Russia-based company that makes irrigation pipes], diverted water from the fields, which isn’t potable water. But there isn’t even enough of this for the villagers. There have been no initiatives yet from any organisation at all to invest in our access to water.”

Burden falls on women and girls

As in many traditional societies, in Tajikistan the burden of fetching water almost always falls on women and girls. Anecdotal evidence suggest this is true in three out of four households. Women and girls go to the water source, fill buckets and bottles and whatever else they have, and lug the heavy vessels home. A few have bought trolleys to help them transport the water; fewer still own donkeys to pull the trolleys.

Many studies throughout the world have shown that being forced to fetch water – sometimes more than once a day – has an adverse impact on women’s health, and takes up so much time that it often keeps girls out of school.

Some families dig small reservoirs in their own land so that they do not have to travel as far. But Tajikistan gets much of its rainfall and snowfall in winter, so many of these reservoirs dry up when water is most in demand, in midsummer.

The little help that some women used to get from the men at home is dwindling, as more and more men migrate to Russia for work. According to the Russian Federation’s Ministry of Internal Affairs, 1,179,423 Tajik citizens entered Russia in 2019 in order to work. Nodiri Abdullaevoi, a migration expert at Tajikistan’s Human Rights Centre NGO, said men account for 85% of the Tajiks who go to Russia to work.

Arvid Umarov, a geography teacher in Moscow State University’s affiliate in the Tajik capital of Dushanbe, said fast population growth and ineffective water pricing are the two big reasons for the continuation of the problem.

According to World Bank data, Tajikistan’s crude birth rate in 2018 was 31 per 1,000 people, significantly higher than neighbouring Kyrgyzstan (27), Turkmenistan (24), Kazakhstan (22) or Uzbekistan (23) for the same year.

As for water pricing, the government announced in October 2018 that it would install water meters in all homes, but official data shows only a third have been covered so far. In the absence of water supply connections or water meters, those who need to buy water end up paying more than the official rate of 2 somoni 34 dirham (US$0.45) for 1,000 litres, or 8 somoni 41 dirham (US$0.85) per head per month in cities.

Water supply to the Tajik capital is an issue considered important enough for the country’s President Emomali Rahmon to be present when the second stage of a local water supply station was launched on January 15. Authorities are now working on a plan to have one water meter in each apartment building by the end of the year.

But supply problems continue. Dushanbe resident Shokhmansur Gularus Shoeva spoke of how “in the neighbourhood there’s only one water pump, which supplies water for four hours a day [in the morning and evening], and there’s a big queue. I have to drag the water home myself or get my kids to [do so], and I try to send them for water earlier than everyone else, so that they can make it to school in time. We all wait in hope for water in the morning, but if there isn’t any, then we call the Vodokanal [water supply company] and we order a car [tanker] that brings water. One car with water costs 150 som [US$15].” 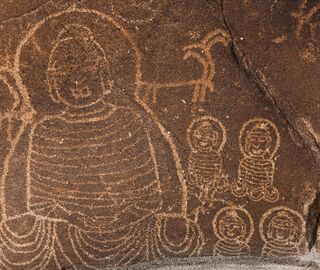