Taking the Pulse of the Arctic’s Biological Diversity

Taking the Pulse of the Arctic’s Biological Diversity

Read the original on Arctic Deeply.

When the 196 parties of the United Nations Convention on Biological Diversity (CBD) converged on Cancun, Mexico, last month for their 13th conference, they were greeted by dozens of posters of sea turtles, monarch butterflies, jaguars and tree frogs. A giant screen in the conference center’s lobby looped countless videos of the world’s biodiversity – from deserts to oceans to jungles. And over the course of those two weeks, countless side events and working groups were held to discuss the critical issues facing global biodiversity conservation. But polar species were largely absent.

Unlike the meetings of the United Nations Framework Convention on Climate Change, where polar bears all but act as a global ambassadors, the Arctic has historically received less attention in the Convention on Biological Diversity, the planet’s most wide-reaching international agreement on flora and fauna conservation. In fact, up until the Arctic Council released its Arctic Biodiversity Assessment (ABA) in 2013, the convention didn’t address Arctic biodiversity at all. Instead, the CBD has largely focused on the world’s most biodiverse nations close to the equator. 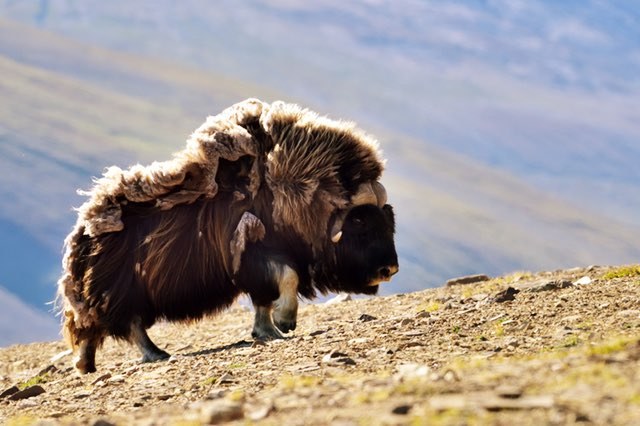 Muskox are among the species being monitored by CAFF.Biosphoto/Pierre Vernay/Polar Lys

“One of the accomplishments of the ABA was that it led the CBD to recognize Arctic biodiversity as an emerging issue,” says Tom Barry, executive secretariat of the Arctic Council’s working group Conservation of Arctic Flora and Fauna (CAFF).

Though Arctic ecosystems tend to be relatively low in biological diversity compared with temperate and tropical ecosystems, there are certain areas where biodiversity and population density are extremely high. Moreover, Arctic biodiversity includes many endemic resident species, as well as those with unique genetic variations, and migrating species. As the Arctic warms twice as fast as the rest of the world, these species are extremely vulnerable.

“The species found in the Arctic are very special,” says Hans Meltofte, chief scientist of CAFF’s 2013 assessment. “The Arctic seas are much more productive than the tropical and temperate seas. Imagine the huge sea bird cliffs! You find nothing like that in other parts of the world – we are talking about millions and millions of sea birds.”

Alexander Shestakov, a member of the CBD’s official Russian delegation and director of World Wildlife Fund’s Arctic Program, believes addressing Arctic biodiversity under the convention can be difficult – more so than other regions.

For decades, CAFF has essentially mirrored the function of the Convention on Biological Diversity in the Arctic. In 1992, when both the CBD was signed and CAFF was created, the latter established the Cooperative Strategy for the Conservation of Biological Diversity in the Arctic Region to facilitate cooperation among member nations for advancing the goals of the CBD in the Arctic. They recognized the agreement and the program were complementary to one another. At the same time, because of CAFF’s distinct objectives, the council believed strict adherence to individual provisions under the CBD could restrict CAFF’s mandate.

“If you look at what is deep within the Arctic Council and its member states, they see the Arctic as a region which is very much for their own management and consideration,” says Shestakov. “There is a very little interest from those eight states that anybody else, especially a big, multinational U.N. institution, deal with the Arctic. They prefer to keep it among themselves.”

But analysis in 1992 also showed that “most, if not all, of CAFF’s current activities can be linked with various articles of the CBD.” And perhaps the greatest advantage to the CAFF is that all eight Arctic nations are members of the Arctic Council – unlike the CBD. Though the United States signed the CBD in 1992, it never ratified the agreement. To this date, it’s the only nation they has failed to do so.

When CAFF released its eight-year conservation strategy in 2013, the CBD finally took notice. “Before this assessment, Arctic biodiversity wasn’t recognized as an issue that needed to be addressed, but since [then] it has directly led to declarations and decisions on Arctic biodiversity from the CBD’s Conferences of Parties,” says Barry. “Now it’s an issue that’s on their horizon.” For example, Barry says the convention has begun to identify ecologically and biologically significant marine areas in the Arctic, hosting workshops to identify them.

To Shestakov, this attention actually puts the Arctic a bit ahead of other biodiversity regions on the planet, if anything. The convention’s negotiations largely don’t zero in on specific geographic regions, he explains, choosing instead to focus on biomes like forests or mountains – not “the Amazon” or “Congo Basin.”

“You need to consider what is the Arctic. It’s eight states – in reality, it is only relevant to seven states in the CBD since the U.S. never signed. So why should other parties spend time to discuss Arctic issues when it already has its own process, the Arctic Council, specifically dedicated to conservation and sustainable development?”

Instead, he says, what needs to be improved is the unique relationship between the council and the convention. The Arctic Council needs to be “more aware and pay more attention to CBD decisions” and consider how efforts through the Arctic Council can help states deliver on its international commitments under the convention. “I think, overall, Arctic states can be more proactive in terms of bringing Arctic experience, examples, case studies and solutions to the convention to illustrate how things can be done and also provide a better understanding of global linkages.”