Dozens of journalists and activists crowded into Germany’s booth inside the COP27 venue on Tuesday night to hear top human rights defenders speak on the connections between human rights and climate.

“The biggest crowd I’ve seen at any pavilion [at COP27] is now gathered outside of the German pavilion for a talk on human rights,” a Washington Post correspondent tweeted. “It will be hard for any foreigner to leave COP27 without knowing the name Alaa Abdel Fattah.”

Alaa Abdel Fattah, a political activist who rose to prominence during Egypt’s 2011 revolution, has been sentenced to five years in jail for sharing a social media post critical of the Egyptian regime.

Today he entered his fourth day without water and has been on a partial hunger strike since the month of April, which escalated to a full hunger strike in early November. Many fear he will die by the end of the conference if nothing is done to save him.

Egypt is led with an iron fist since 2013 by General Abdel Fattah al-Sisi, who overthrew the country’s first democratically elected government through a military coup.

His regime is widely considered one of the most repressive dictatorships around the world, with more than 60,000 political prisoners currently held in Egyptian jails, including journalists. Press freedom is non-existent, and over 600 websites are blocked, including those of independent Egyptian news outlets.

Given this extremely dire human rights landscape, many human rights and environmental activists warned against letting Egypt host the top climate talks this year – to no avail.

But can meaningful climate action take place without human rights? Not according to last night’s speakers, who spoke to a packed room on the importance of putting human rights at the heart of climate negotiations.

“The climate crisis itself is one that compounds existing inequalities,” Tirana Hassan, the interim executive director of HRW, told the audience last night.

Poor and vulnerable communities are likely to be the most affected by climate change and natural disasters. They simply don’t have the means to shield themselves from extreme heat by buying air conditioning, to escape the hunger resulting from scorching droughts, or to move their homes away from flood-affected coastlines.

Therefore, accountability from governments and top emitters toward vulnerable populations is essential. But it is not possible in a repressive environment, Hassan argued: “When governments restrict particular human rights and freedoms, that makes it very difficult for climate activists to do their job: to take to the streets, to be able to push governments and push duty-bearers to ensure that we are finding the best climate solutions possible.”

“It’s not just a climate crisis. It’s a profound human rights crisis,” Dr. Agnes Callamard, the Secretary-General of Amnesty International, highlighted. As the worst effects of climate change materialize around the globe, “people are going to rise, people are going to protest, people are not going to stay idle while their entire way of life and community is destroyed. And what will be the answer to these ineffective and corrupt governments? It will be repression.”

Egypt’s repressive human rights landscape has already taken a heavy toll on environmental and climate activism. “Ten years ago, when we started doing environmental justice work, that was because the Egyptian people have started actually organising and challenging government policies,” Hossam Bahgat, the founder of the Egyptian Initiative for Personal Rights (EIPR), said at the panel.

But today, Bahgat regretted, community mobilisation and fieldwork have become impossible. “People don’t want us to visit them in their communities, because our visits are followed by security, by intimidation, by harassment. It’s not just the activists who are getting arrested: it’s the people we try to help.”

In a landscape dominated by fear, knowledge production is impossible. And as authorities crack down on independent journalists, important issues – including environmental destruction from industries, political elites and the Egyptian military, or the local impact of climate change – are going unreported. “There is no room to understand what is happening to our country,” Sanaa Seif regretted. “We simply don’t have the room to talk to each other.”

But, Sanaa recalled, “We haven’t reached this far only because of the Egyptian regime. As Alaa’s sister, I am really thankful to the German government for raising his case, and for breaking the silence. But as an Egyptian… you really need to address your foreign policy.”

Over the past decades, Egypt has purchased billions of dollars worth of weapons from Western countries, including the US, the UK, Germany, France and Italy. “These are weapons we cannot afford, and we do not need, and if they are ever used, they will be used against us,” Seif insisted.

Four days in, COP27 has successfully thrown Egypt’s dire human rights record under the spotlight, and authorities are probably biting their fingers for organizing the summit. Across the world, foreign media outlets have published dozens of articles on the country’s repressive environment for journalists and activists, denouncing the lack of space for civil society at COP, and highlighting digital surveillance fears among attendees.

The detention of hunger-striker Alaa Abdel Fattah has already crystalized a lot of attention and even drawn an official statement from the UN’s Secretary-General Antonio Guterres.

Alaa’s death would likely spark international outrage and draw widespread condemnation against Egyptian authorities. But other important human rights issues must also be brought to the attention of the world, panelists recalled, citing the ongoing conflict in northern Sinai.

“The irony is that here we are, and just a stone’s throw away there is a conflict that is raging, which journalists are not allowed [to cover],” Tirana Hassan, the interim executive director of HRW, said. “There is no access to northern Sinai, where Human Rights Watch has documented consistent abuses by the Egyptian security forces, which we believe amount to war crimes.”

Since protests are not allowed inside the venue, the panel ended with a call for COP27 participants to wear white on Thursday to support Alaa. Many activists and human rights defenders hope the huge international presence at Sharm-el-Sheikh will put pressure on Egypt and the United Arab Emirates, who will host COP28 next year.

This story was produced as part of the 2022 Climate Change Media Partnership, a journalism fellowship organized by Internews' Earth Journalism Network and the Stanley Center for Peace and Security. It was first published by The New Arab on 9 November and has been lightly edited for length and clarity. 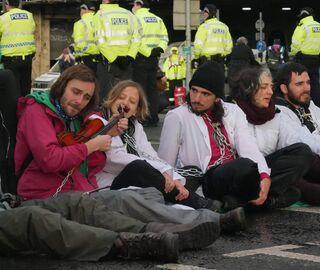 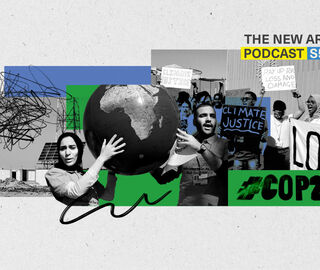 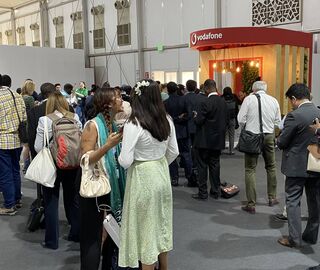