Lumajang, Indonesia _ As interest increases in hiking to the highest peak in Java - Mount Semeru - so too does the environmental threat. Hikers have been known to dump their waste around Ranupani village in Lumajang district, the last stop on the hike.

At least 600 hikers crowd Mount Semeru each day, leaving behind two tons of plastic waste each month around the 500-hectare village. 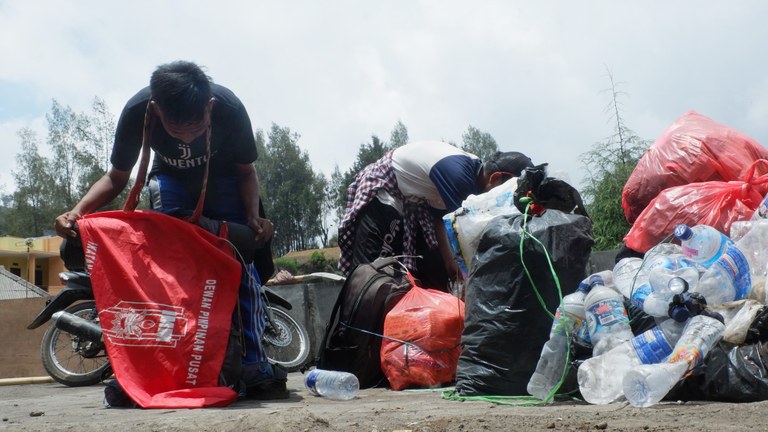 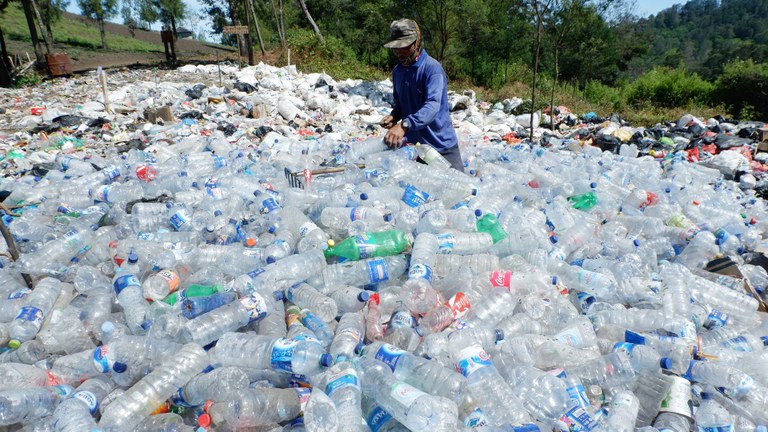 “The embryo [of the group] was established two years ago," said Zulkarnain. "The local community was moved as they were becoming more aware that they have not been managing their waste and there was no place to manage waste. The 500-hectare village is nested in the Bromo Tengger Semeru National Park and cannot be directly managed [by local people]." 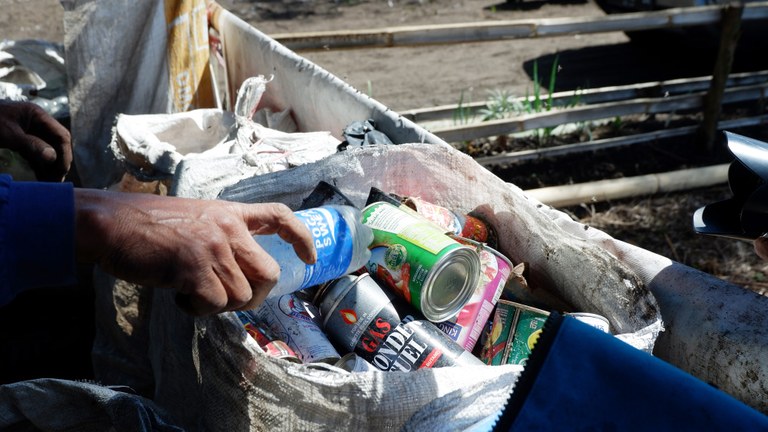 Two tons of waste is collected each month from Ranupani village, more than half of which is produced by hikers, according to the Ranupani Environmental Group / Credit: Titik Kartitiani

In June 2018, the Bromo Tengger Semeru National Park loaned the group an-800-square meter parcel of land by to be used as an integrated landfill. Having that much space has allowed the volunteers to manage waste more effectively.

The local government has yet to weigh in on the problem. However, Pujiati, who goes by one name and serves as head of technical conservation at the Bromo Tengger Semeru National Park, said that waste management is not their main responsibility and the national park does not allocate a budget for waste management.

Instead, it relies on cooperation with environmental organizations or volunteers, like those Zulkarnain has organized in what's known as the Ranupani Environmental Cleaning Group. The area on loan to be used as an integrated landfill, she explained, was not officially assigned to the group and it has minimum facilities for processing or sorting waste.

The zero waste policy, which requires hikers to carry their trash down the mountain with them, is much more focused on reducing waste, Pujiati said.

Reporting for this story was supported by the Earth Journalism Network's 2018 Asia-Pacific Project and first posted on EKUATORIAL.