The widely criticised decision is a setback for international efforts to deal with climate change, writes ​Joydeep Gupta 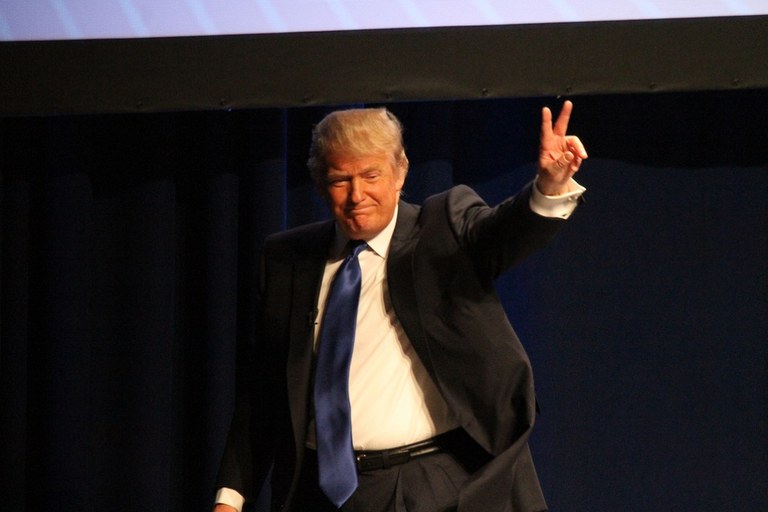 As Donald Trump declares that he is pulling the US out of the Paris agreement, the world responds with dismay [image by Mark Taylor]

US President Donald Trump finally announced that the US would be pulling out of the Paris climate agreement. He also said the US would, “begin negotiations to re-enter either the Paris accord or a really entirely new transaction on terms that are fair to the United States, its businesses, its workers, its people, its taxpayers.” The second part of the statement has graver implications for the world as this is exactly how the Kyoto Protocol was killed.

It would be a grave injustice if the US pulled out of the Paris Agreement and stayed out. It would mean that the country that has contributed the greatest amount of greenhouse gases to the earth’s atmosphere since the start of the Industrial Age would not have to face any consequences. But staying in the negotiations will have worse consequences.

It will mean US delegates will be present in every room where negotiations under the UN Framework Convention on Climate Change (UNFCCC) will go on. If the Kyoto negotiations are anything to go by, the US will oppose the Paris Agreement clause by clause. Using the UN rule that every decision must be unanimous. This will effectively kill the agreement.

Trump said he could not “support a deal that punishes the United States” while imposing no “meaningful obligations” on the world’s leading polluters.

In a statement on the Paris climate accord, issued on June 1, President Trump said:

“For example, under the agreement, China will be able to increase these emissions by a staggering number of years – 13. They can do whatever they want for 13 years. Not us. India makes its participation contingent on receiving billions and billions and billions of dollars in foreign aid from developed countries. China will be allowed to build hundreds of additional coal plants. So, we can’t build the plants, but they can, according to this agreement. India will be allowed to double its coal production by 2020. Think of it: India can double their coal production. We’re supposed to get rid of ours. Even Europe is allowed to continue construction of coal plants.”

What Trump did not say is that the countries he described as “the world’s leading polluters” have per capita carbon footprints a fraction of those in the US – China, less than one third, and India, less than one eighth.

Nor did he mention that though China has committed to peaking its greenhouse gas (GHG) emissions by 2030, it is expected to reach this target earlier, a move likely to be accelerated as Chinese Premier Li Keqiang reaches a major climate deal with the European Union  today.

As for India, as part of the Paris Agreement it pledged to control its emissions through domestic efforts, and said it could do more if it received money from developed countries. India does have a declared goal of producing 110 gigawatts more of electricity by 2022 through coal-fired power plants, but rapid advances in solar and wind powered generation will likely reduce this figure significantly.

India has committed to produce 175 gigawatts from renewable energy sources within the same timeframe. As India’s Prime Minister Narendra Modi toured four European capitals this week, he repeatedly said India would stay within the Paris Agreement and continue to fulfil its obligations under it.

Many critics of Trump’s action pointed out that the pull-out placed the US in the same group as Syria and Nicaragua as countries that were not part of the Paris Agreement. What few pointed out was that Nicaragua had not signed up because it found the agreement too weak to combat climate change. That point of view has been endorsed by analysts who calculate that the pledges made by 194 countries will still fail to keep the average global temperature rise to within 2C by 2100 – as the agreement aims to do.

Global condemnation of Trump’s action was led by former US President Barack Obama, who said:

“The nations that remain in the Paris Agreement will be the nations that reap the benefits in jobs and industries created. I believe the United States of America should be at the front of the pack.”

By current indications, many of the 50 states in the US will continue down the clean energy path they started when Obama was president. So, despite the actions of the federal Trump administration, the pull-out may not lead to a renaissance for coal mines and thermal power.

A blow to climate research

However, the pull-out will hit US climate research, which is largely funded by federal grants. This is under the control of the US Environment Protection Agency, led by Scott Pruitt, who said during his Senate confirmation hearing that satellite data shows a “levelling off” of global warming.

This claim is false according to a study carried out by scientists at the Lawrence Livermore National Laboratory, Massachusetts Institute of Technology, the University of Washington in Seattle, and science research company Remote Sensing Systems. The Lawrence Livermore National Laboratory faces a proposed 70% cut in funding in the budget released last week by the White House.

By pulling the US out of the Paris agreement but keeping it within the UNFCCC, President Trump has started a process that will take over three years to complete, under the clauses of the agreement. That means this will become a major topic of debate during the 2020 US presidential campaign.

Trump is clearly looking at his support base rather than global leaders, some of whom were scathing in their condemnation.

European Commission President Jean Claude-Juncker said Trump doesn’t “comprehensively understand” the terms of the accord, though European leaders tried to explain the process for withdrawing to him “in clear, simple sentences” during summit meetings last week. “It looks like that attempt failed.”

In more measured language, the UNFCCC secretariat was equally firm, saying, “The Paris Agreement remains a historic treaty signed by 194 and ratified by 147 countries. Therefore, it cannot be renegotiated based on the request of a single Party (country).”

Criticism from within the US

Soon after Donald Trump told the world that the US would withdraw from the Paris Agreement, a coalition of 61 US cities and three states vowed to uphold it anyway.

Even within the US, many critics of the pull-out used strong language. Michael Brune, head of the largest US environmental NGO, the Sierra Club, said, “Generations from now, Americans will look back at Donald Trump’s decision to leave the Paris Agreement as one of the most ignorant and dangerous actions ever taken by any President… Trump has isolated our country on the world stage, ceding our leadership position and our economic advantage on clean energy to India and China.”

Susanne Moser of Stanford University said, “Trump supporters voted for an America that is a great place to live, to raise a family, to find meaningful work and see one’s grandchildren have a better future. They did not vote to have floods wash away their dreams, droughts wither their livelihoods, wildfires to make their homes go up in smoke, rising seas inundate their communities and dirty air give their children asthma.

A recent Yale Programme on Climate Change Communication poll found that nearly 70% of Americans, including a majority in all 50 states, support US participation in the Paris Agreement.

Following the announcement, the EU and China said they would deepen commitments on climate change.

At this year’s 12th EU-China Business Summit, the EU and China pledged to work together on a range of areas from clean energy and product standards to managing risk and adaptation. Alongside redoubling efforts to cut pollution, the EU and China have committed to finding shared solutions for adapting to climate impacts.

“This is the strongest bilateral statement on climate I have seen. President Trump has driven the EU and China together to write the rules for the clean economy”

“The rapid backlash of US climate action requires enhanced leadership from all other countries. We are seeing new leadership taking shape between Brussels and Beijing today in concrete terms."

He added: "To demonstrate Beijing and Brussels can truly lead, both need to accelerate their domestic actions."

Green groups in India were strong in their criticism. New Delhi-based think tank Centre for Science and Environment (CSE) said:

“Without the substantial emission cuts that the US is responsible for, the objectives of the Paris Agreement to restrict global warming to 2C cannot be met.”

Sunita Narain, the head of CSE, said that even in the past, “To accommodate US interests, countries have worked towards making climate agreements weak. The Kyoto Protocol had weak targets. Likewise, to bring back the US under the UN climate framework, the Paris Agreement was made a voluntary, bottom-up decentralised regime with no emission reduction commitments for countries and no punitive measures if countries failed to meet their targets… The pulling out of the Paris Agreement means that the US will not fulfil its already weak commitments.”

She also criticised the consequent shutting off of US funding. “This would mean that funding to the Green Climate Fund, meant to help developing countries to address climate change, would suffer tremendously… The US cannot continue to keep the world hostage. Pulling out of the Paris Agreement would mean that with 5% of the world population, the US, will continue to jeopardise the remaining 95%. Countries need to hold the US accountable for decisions that have a global impact.” 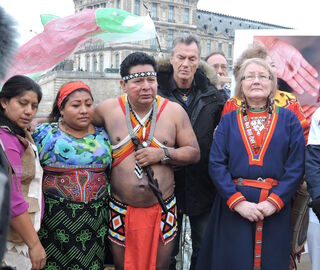 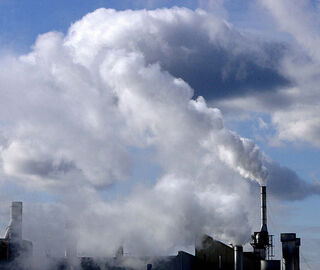