The Earth Journalism Network (EJN), a project of Internews, and the Stanley Foundation are pleased to announce 20 journalists from developing countries have been awarded fellowships to cover two key climate change events this year. The journalists were selected from a global open call that drew more than 300 applications.

As part of the Climate Change Media Partnership (CCMP), the fellows will attend the Global Climate Action Summit (GCAS) from September 12-14 in San Francisco, United States, as well as the 24th Conference of the Parties (COP 24) to the United Nations Framework Convention on Climate Change (UNFCCC) in early December in Katowice, Poland. The GCAS is a key gathering of non-state actors and sub-national governments working towards the Paris Agreement goal to keep global temperature rise well below two degrees Celsius from pre-industrial levels. The summit will take place just 11 weeks ahead of COP 24, where world leaders will participate in a “stock-taking” of progress since the Paris Agreement was signed.

During the fellowship, journalists will get support and guidance from seasoned climate journalists from EJN’s global network of trainers and participate in an orientation day ahead of both summits, daily morning briefings, interviews with high-level officials, and other interactions co-designed by EJN and the Stanley Foundation to inform and facilitate quality reporting on developments at the summits.

"One of the main challenges journalists face is being able to report in a compelling way on solutions to our environmental and climate challenges," said James Fahn, executive director of Internews' Earth Journalism Network, who is working with the Stanley Foundation’s media program officer, Devon Terrill, on this year’s CCMP fellowship.

"Giving journalists from around the world a chance to be on the ground at the GCAS and COP 24 creates organic opportunities for them to cover exactly how cities, countries, communities, companies, and individuals are working to achieve the goals of the Paris Agreement – or are perhaps lagging in their commitments,” Terrill said.

This is the second year EJN and the Stanley Foundation have teamed up on the CCMP fellowship, but this is the first time fellows will be given the opportunity to attend two global climate action events.

Applauding this opportunity for international journalists to cover developments at the Global Climate Action Summit, Nick Nuttall, the spokesperson and director of communications for the summit, said: "If the world is to get on track to meet the aims and ambitions of the Paris Climate Change Agreement, we need to take ambition to the next level over the next two crucial years. The summit will be the launch pad to this next moment in our shared future. Having journalists from developing countries join us for this historic event means the message of ambition, commitment and solidarity will echo to every corner of the Earth as we set the stage for the de-carbonization of the global economy.”

EJN, along with Panos London and the International Institute for Environment and Development (IIED), formed the CCMP in 2007 to enable developing country journalists to attend and report from the annual UN climate summits.

The 2018 fellowship program is a partnership between Internews’ Earth Journalism Network (with support from Sweden/SIDA) and the Stanley Foundation.

Internews’ Earth Journalism Network (EJN) empowers and enables journalists to cover the environment more effectively. With a mission to improve the quantity and quality of environmental coverage and over 12,000 members from more than 130 countries, EJN trains journalists to cover a wide variety of topics, develops ground-breaking digital media sites, establishes networks of environmental journalists in countries where they don't exist, and builds their capacity where they do, through workshops and development of training materials, fellowship programs, support for story production and distribution, and dispersing small grants. For more information, visit .

ABOUT THE STANLEY FOUNDATION

The Stanley Foundation advances multilateral action to create fair, just, and lasting solutions to critical issues of peace and security. The foundation's work is built on a belief that greater international cooperation will improve global governance and enhance global citizenship. Through its media programming, the foundation regularly collaborates with media partners to foster timely, in-depth, and rigorous reporting on topics related to three program areas:  climate change, nuclear weapons, and mass violence and atrocities. The organization values its Midwestern roots and family heritage as well as its role as a nonpartisan, private operating foundation. The Stanley Foundation does not make grants. Online at www.stanleyfoundation.org. 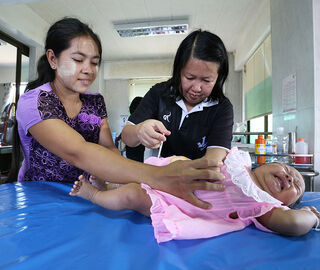 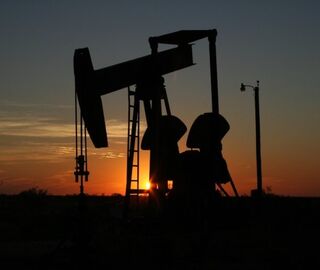 Investigating the Story of the Century

COP25, get off the masks