Uganda calls for action to save world from climate catastrophe

Uganda calls for action to save world from climate catastrophe 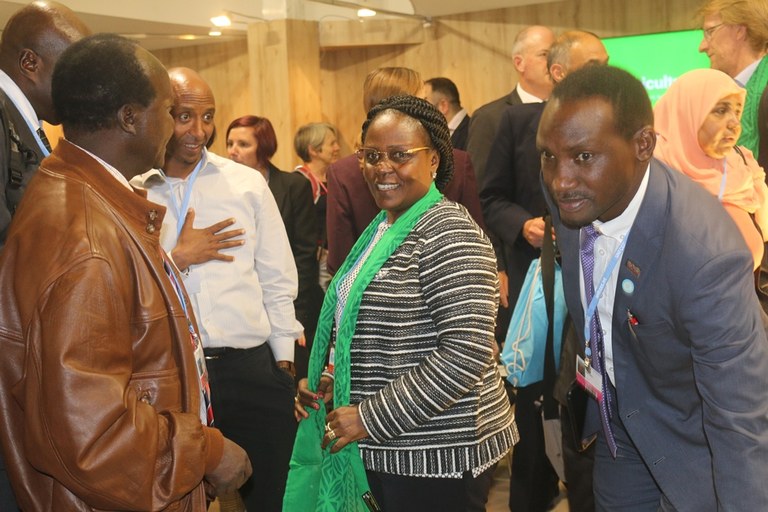 In an address to more than 100 ministers helping negotiate a final deal to curb climate change at the United Nations climate summit in Poland, Uganda's State Minister for Environment, Kitutu Kimono Mary Goretti, said her country had suffered enough the negative effects of a changing climate and something must be done now to reverse the situation.

“We have continuously witnessed the extreme weather events resulting in recurrent landslides in the highlands of eastern and western parts of the country as well as surrounding lowlands,” said Kitutu.

"As if these were not enough punishment, the country has equally been hit hardest by myriad of prolonged droughts, heat waves, storms and infestations of crop pests and diseases," she added.

Kitutu spoke during the high-level segment of the Conference of Parties or COP to the United Nations Framework Convention on Climate Change in Katowice, Poland.

Prior to the summit, a special report on global temperature increase released by the Intergovernmental Panel on Climate change (IPCC) warned that the planet is heating up faster than anticipated and that the world has less than 12 years to take ambitious action to avoid catastrophic consequences.

The report indicates that climate change will lead to more flooding, famine, drought and disease in developing countries, such as Uganda, negatively impacting millions of people.

In her address, Kitutu advised developed countries to honor their pledges to mobilize US$100 billion per year by 2020 to finance climate change adaption and mitigation measures worldwide.

“The Katowice outcome must therefore provide for all the essential elements of finance to support the poor, vulnerable countries to tame the run-away climate change problem,” she said.

But by December 13, a day before summit negotiations concluded, no ambitious outcomes on climate financing had been reached.

Like Kitutu, most environment ministers from Africa and other vulnerable regions stressed that the success of the Katowice negotiations will determine countless lives and existence.

Those negotiations are aimed at settling on rules countries that have signed on to the 2015 Paris climate change agreement can use to measure and quantify their progress in the battling against global warming.

That battle has raised calls for action from a spectrum of nations and civil society organizations. While addressing a press conference at the summit, leaders of the Climate Vulnerable Forum (CVF), a group of 48 of the most vulnerable countries in the planet, said amidst prolonged floods, droughts and extreme weather events that devastate lives and economies, they will do whatever it takes to survive.