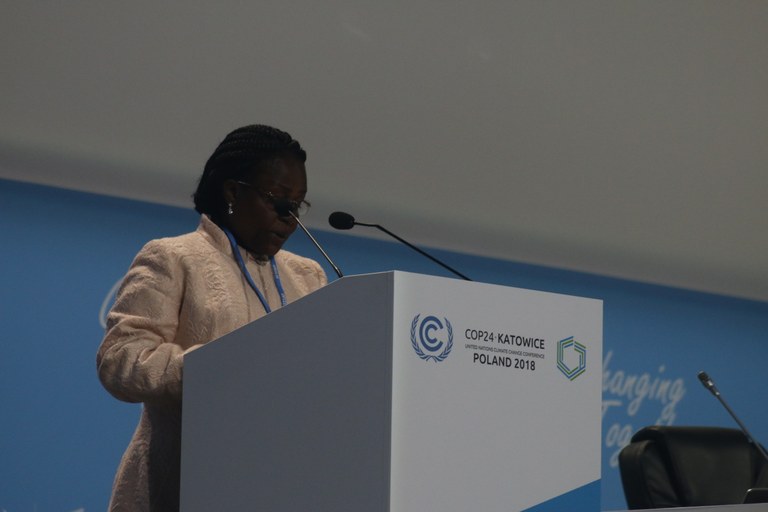 As world leaders meet in the chilly Polish city of Katowice for the UN climate change summit, the Ugandan delegation are hoping that all big greenhouse gas emitting countries would be compelled to pay for the damages developing countries are suffering as a result of climate change.

“We believe that the Paris (Agreement) guidelines, which is expected to be done here, will be robust enough to ensure that all big polluters can pay for the damages developing countries are suffering,” says Chebet Maikut, commissioner at the Uganda Climate Change Department, Ministry of Water and Environment and the focal person for Uganda at the United Nations Framework Convention on Climate Change (UNFCCC).

The payment that Chebet expects from big emitters include the USD two billion that was cancelled by the United States President Donald Trump last year, which was part of the USD three billion pledged by former U.S. President Barack Obama to the Green Climate Fund (GCF). In 2015 at the Paris UN climate change summit, up to 18 industrialized countries, including Australia, France, Germany, U.K. and U.S. pledged to mobilize US$100 billion each year through 2025 to finance climate mitigation and adaptation in developing countries.

Speaking to New Vision at the Katowice summit, Chebet insisted that Uganda expects developed countries to honour their pledges at the end of this conference by contributing financial resources to battle climate change.

“The commitment they made some years back has to be made true and this is what we would like to push for," says Chebet. She emphasizes that, this should be “embedded in the Paris rule book,” expected to be adopted at the conference ending this weekend.

According to the World Bank, disasters caused by extreme weather and climate-change-related hazards cost the global economy US$320 million in losses in 2017. The victims of these disasters were largely from developing countries like Uganda.

Chebet also expects this summit to result in the adoption of appropriate measures to limit global warming in light of the stark warning by the Intergovernmental Panel on Climate Change (IPCC) special report on the impacts of global warming of 1.5 °C. The report cautions that the world has only 12 years left to take radical action on climate change and short of this, the consequences would be dire for millions of people, especially those living in poor developing countries like Uganda.

Uganda’s delegation to Katowice climate change summit is headed by Kitutu Kimono Mary Goretti, the Minister of State for Environment. Kitutu told New Vision that as Uganda looks for funds elsewhere to battle climate change, it must commit more national resources to protect the environment.

“The budget for environment (protection), which now stands at three percent of the national budget, should at least be increased to 10 (percent), then we can know that we are at least walking the talk,” she said.

Earlier while speaking at a side event hosted by the government of New Zealand that discussed the role of the agriculture sector in achieving the aims of the Paris agreement, Minister Kitutu said that Uganda’s greenhouse gas emission stands at 0.01 percent of the world’s emission. She said most of Uganda’s agriculture emission comes from, “enteric fermentation, animal wastes, growing of rice in wetlands, burning in savannah areas, burning of agriculture residues,” but stressed that efforts to reduce emissions in agriculture sector “have been prioritized.” 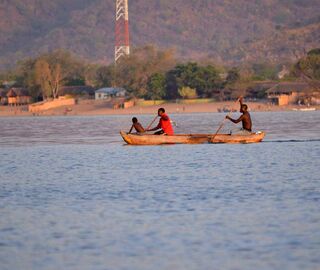