Up in the air: Citizen scientists map food dangers in Nairobi

Up in the air: Citizen scientists map food dangers in Nairobi

A balloon, a camera and some interviews are helping researchers map a hidden aspect of food insecurity in an informal settlement in Nairobi.

Top: Sohel Ahmed and colleague prepare to release the balloon; bottom: Some of the photographs taken from the air (Photos: Sohel Ahmed)

"We were intimidated," says Sohel Ahmed, a researcher at University College London who has just returned from work in an informal settlement in Nairobi called in Mathare.

He isn't talking about the danger of working there. He's describing his first experience of trying to inflate a five-foot wide balloon in one of its narrow alleys. He didn't know how to use the helium canister at first and the gas came out too fast too control and broke the first balloon.

With some help from a local tradesman, Sohel and his team managed to master the gas canister and the research got the lift it needed. The balloon rose into the sky and started to take in a bird's- eye view of Mathare.

Sohel is working on a project with IIED and partners at the Muungano wa Wanavijiji, a federation of Kenyan slum-dwellers' associations. The balloon, a downward facing camera slung beneath it, and some interviews are helping the team map a hidden aspect of food insecurity in an informal settlement in Nairobi.

By walking through Mathare with the balloon on a string the team can produce accurate, up-to-date maps of a part of the city that is terra incognita on official documents. An IIED briefing paper published today describes the project and its findings.

Every second during the balloon's 90-minute flight the camera takes a photograph. That's 5,400 images from which to pick. The team can then stich the finest images together digitally to create a cheap replica of a satellite map. During the walk they also use smartphones to record information about the area, and what they are most interested in is food.

The project's citizen scientists are mapping how close environmental hazards are to the area's street vendors, a low-income group of mostly women who sell fresh produce and hot meals.

These vendors play an important part of the city's food security – feeding thousands of people each day – but they cannot afford stalls or shops and so sit alongside sewers that can send waste perilously close to their goods when they overflow.

With little water to wash their hands or their tomatoes or lettuce, and no clean place to store their produce, these traders are trapped in a cycle of risk that poses threats to all of their customers too.

Each morning their first job upon arriving at their sites is to clean away the small plastic bags of faeces that local inhabitants have flung through the air overnight. These 'flying toilets' are all many people have.

They are not the only source of possible contamination. As well as the open sewers, there is animal waste to contend with. Chickens and goats roam about and defecate where they like. Children who play in the area are too young to realise the danger of dirt.

Any one of these sources could contaminate one of the cauldrons in which the women cook beans and corn for workers to buy at the end of their shifts. Just one drop is all it takes for the cycle of diarrhoea to go on.

Yet speak to food security experts and they won't mention the hidden threat that environmental hazards post to the food chain. It is just not on their agendas. For the street vendors the opposite is true.

When I visited the area, none of them spoke about anything else, not even prices. Health and waste are their daily concern, and should be those of their customers too. 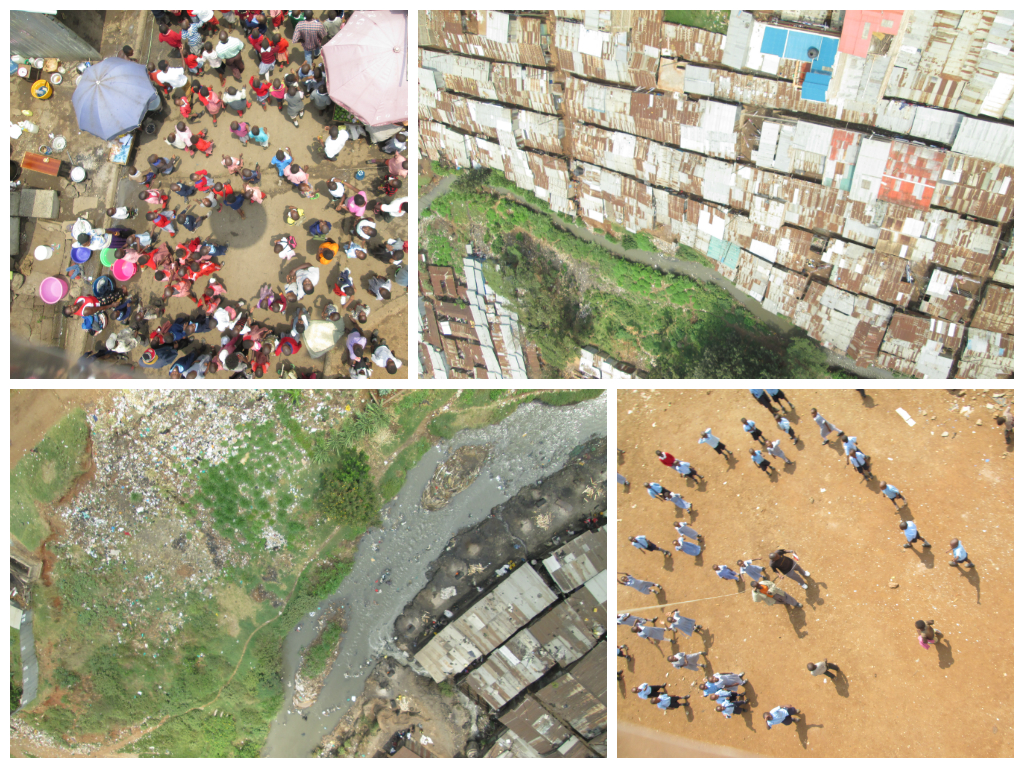 Some of the overhead images produced by the balloon mapping (Photos: Sohel Ahmed)

A knee-jerk policy response to these hazards might be to create a safe central place for street vendors to work, away from the sewers and the dirt. This would certainly please some people, who would rather use the space to keep livestock or build shelter. But that would suck away the services and smiles these vendors supply to the people in the lanes where they work.

They provide vital food to workers who cannot afford to eat until they have earned a day's wage. A liveable community is enhanced by its traders. Their presence makes it a safer place. The solution is not to move them away and leave the sewage untreated, but to support a better environment for vendors and consumers alike.

That's where the balloons come in. At just US$95, the balloon mapping kits, are a cheap alternative to satellite maps. They enable the community members to show on maps where danger and dining meet. Armed with these maps the street vendors can stake their claim to the contested public space. And they can act to improve their safety by showing which environmental hazards are most important to remove, by covering drains or designating waste disposal points, for instance.

"We can call these maps 'community satellite image' as they can be tailored to the need of the community, and by the community," says Sohel. He and members of Muungano Support Trust, the local NGO that supports the slum-dweller federation have now co-authored a policy paper that recommends ways to improve housing, health, tenure and infrastructure. There are already signs that this will be useful.

"We are coming from a past where we used to rely on government department to take initiative and improve informal settlements," says Anthony Waweru, one of the community mappers. "I wouldn't hesitate to use the study’s report to keep the various government structures on their toes." 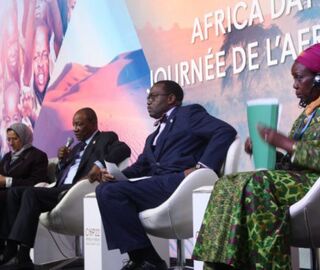