The majestic River Nile is many things to many people. This river considered as the longest in the world evokes poetry, tales of grandeur, nationalistic fervor, mythology and much more.

It tributaries snakes their way from the Eastern African highlands covering some 10 basin countries of Tanzania, Kenya, Rwanda, DRC, Uganda, Ethiopia, South Sudan, Sudan and Egypt. In all that geographical meandering the river covers a record 6,670km before it drains into the Mediterranean Sea. 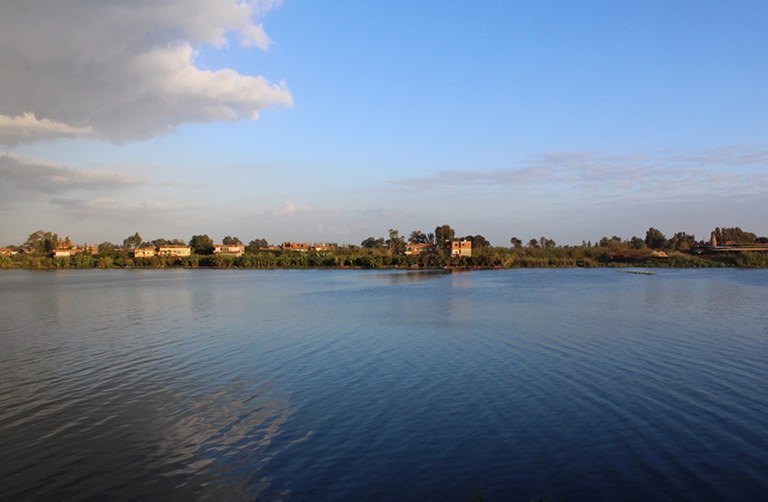 The River Nile. A transboundary ecosystem shared by 10 countries and the world’s longest river. [Image: CC]

Like many trans-boundary ecosystems this mighty river has not missed out on gang-ho drama as well, that goes back in time.

Many are accustomed to the 1929 ‘Exchange of Notes’ between the United Kingdom and the Egyptian government on “use of the waters of the River Nile for Irrigation purposes.” As independence from colonialism beckoned on Sudan in 1956 the 1929 Treaty had to be revised to accommodate Khartoum’s interests. This resulted in the 1959 Sudan and Egypt “Full Utilization of the Nile Waters treaty”. These agreements cushioned Egypt with veto powers on major upstream projects that touch on the Nile River and guaranteed an 87 per cent share of the Nile waters. 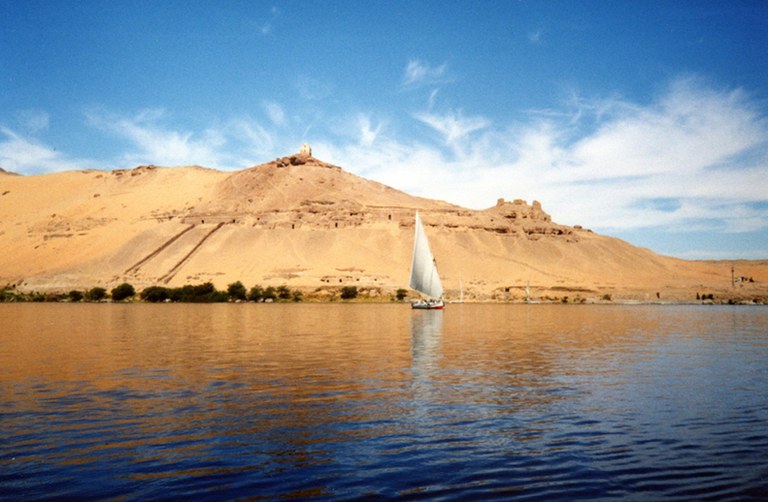 In recent times independence in other riparian states accompanied with domestic demands owing to population stresses, large infrastructure pursuits especially hydro-electric dams, food security concerns, quest for energy sufficiency, climate change and other development strains have placed enormous pressures on the River Nile. These challenges were neatly captured by Uganda’s President Yoweri Museveni in late June when he addressed the plenary session of the first ever Nile Basin Heads of State summit held at State House, Entebbe. President Museveni pointed out five key threats to the River Nile. “The first is the growing population of Africa, the lack of electricity especially in the Tropics, lack of industrialization, reliance on primitive agriculture and destruction of environment upon which the Nile depends.”

These strains on the Nile have on occasions led to diplomatic spats between the neighbouring countries sharing this trans-boundary ecosystem.

Over the years the trend has been granting nationalistic sparks undue prominence ignoring region-wide perspectives on the Nile. According to President Museveni prosperity and industrialisation of the riparian states is a key element of securing the Nile as opposed to parochial standpoints which would end up undermining cooperation along the Nile Basin. “All Nile Valley countries should be assisted to develop and become first world countries. It is why we called this strategic conference. Have we then thought of how to use our 500 million people in the Nile Valley to benefit our region?” Museveni posed. “If you start from the parochial point of what Uganda alone stands to benefit without knowing that Uganda’s prosperity depends on others, then you will lose out.”

In recent times diplomatic tensions between Egypt, Sudan and Ethiopia have emerged over Ethiopia’s construction of the $4.8bn Grand Ethiopian Renaissance Dam (GERD) on one of the Nile’s major tributaries the Blue Nile. Both Sudan and Egypt were apprehensive that the GERD was going to reduce their water supply needs. Started in early 2011 GERD which is 500km northwest of the Ethiopian capital Addis Ababa and 20km away from Sudan’s border is projected to be 1.8km wide and 155m high. Expected to be completed this year GERD is projected to generate some 15,000Gwh of power per year streaming from its installed capacity of 6000MW. It is Ethiopia’s key plank in energy sufficiency with Ethiopia Electric Power (EEP) inking deals for export of surplus power already to neighbouring nations of Sudan, Kenya, Djibouti and Tanzania.

Concerns on the GERD from the upstream countries of Egypt and Sudan almost polarized relations with Ethiopia but an emerging paradigm now well referred to as “water diplomacy” saw the three nations going for a win-win agreement in 2015.  This is not the first time strained diplomatic nerves have been seen in these three countries.

Richard Hall in his book “Empires of the Monsoon” narrates of an incident involving Zara Yacob, one of Ethiopia’s most powerful leaders in the 15th century threatening Egypt over the River Nile. “Zara-Yacob was also brandishing at Egypt the wildly improbable but oft-repeated threat that he would divert the course of the Blue Nile.” Hall writes. “In a letter to Cairo in 1443 he warned Sultan Jamaq that he could do so at that very instant only his fear of God and reluctance to cause human suffering held him back.”

In a bid to stem off the passions associated with “nationalistic interests” and cultivate a holistic “common heritage” for all views along the riparian states in 1999 the water ministers of Egypt, Sudan, Ethiopia, Uganda, Kenya, Tanzania, Rwanda, Burundi, DRC and Eritrea (which holds observer status) launched the Nile Basin Initiative (NBI). Among the pillars defining the NBI is the quest to “develop the river in a cooperative manner, share substantial socio-economic benefits and promote regional peace and security.” 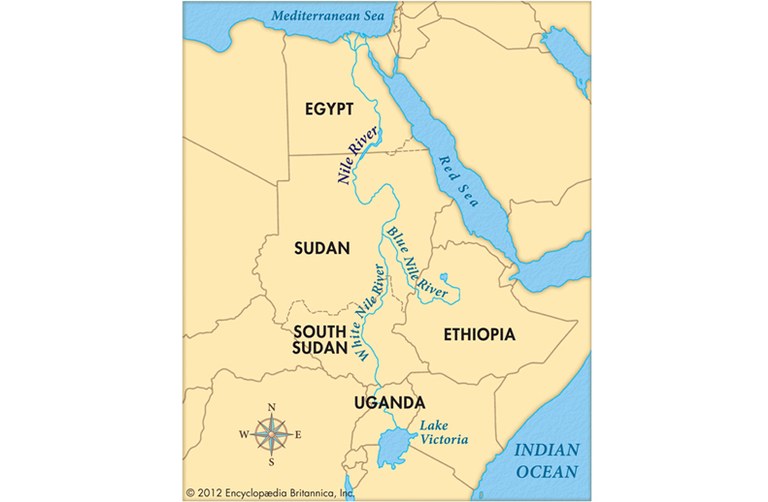 This was a major boost for ‘water diplomacy’ considering 10 different states with diverse socio-political systems and dissimilar demographics agreeing on the future outlook of the Nile.

According to Iginio Gagliardone a scholar at the University of Witwatersrand, South Africa much of the reportage by both local and international media on the Nile has highlighted controversies and limited other key aspects of this shared ecosystem. “Most often than not the media has focused on the controversies regarding the Nile and ignored actual progress made by the riparian states in forging a common understanding.” Gagliardone says.

Speaking in Egypt recently where he unveiled his research on both online and offline debates on the River Nile, Gagliardone and a team of other scholars drawn from Egypt, Sudan, Ethiopia, Uganda, Italy and Kenya expressed their concerns on media coverage of the Nile Basin.

“The media and generally the public debates are accommodating more politicians than water scientists, communities along the Nile and sociology scholars to give context and balance to the story of the Nile.” Wangai Ndirangu who is a water engineer from Kenya says.

According to Dr. Amel Azab who heads the Nile Basin Capacity Building Network (NBCBN) the issue of “water diplomacy” can no longer be ignored. “As citizens of riparian states we are aware that failure to communicate correctly, adequately and in the right context is one of the major stumbling blocks affecting the Nile debates.” Amel says. “We have partnered with UNESCO and IHE Delft to focus primarily in boosting scientists, policy makers and even journalists to be in a position to communicate objectively and effectively on issues surrounding water science for trans-boundary cooperation.”

Earlier indications by Gagliardone and his team found out that nationalistic passions and sensational sovereign ideals ended up attracting more attention and generating hyper online debates on the Nile. On the other hand and making a strong case for keen understanding of the dynamics informing “water diplomacy” Emanuele Fantini of the IHE Delft Institute for Water Education noted that there was a shortage of sober, concrete and objective media coverage which addressed the riparian issues dispassionately.

It has not been an easy path for NBI. Disagreements have been encountered along the way in actualizing NBI objectives such as the 2010 Cooperative Framework Agreement (CFA) which saw the downstream states of Egypt and Sudan shying away from signing as the upstream nations of Rwanda, Ethiopia, Kenya, Tanzania, Burundi and Uganda signed.

A year after CFA was signed Ethiopia began the construction of the Grand Ethiopian Renaissance Dam which drew hostile reactions from both Sudan and Egypt who expressed their concerns out of fear for diminished water supplies. Interestingly amid these tensions the continuation of dialogue was not dampened. The raw dynamics of positive dialogue and active water diplomacy at work was witnessed in 2015 in Khartoum, Sudan, when President Abdel Fatah al-Sisi of Egypt, Prime Minister Haile Mariam Desalegn of Ethiopia and Sudan’s Omar Hassan al-Bashir signed a tri-partite ‘declaration of principles’. This declaration brought to an end a simmering four year dispute over sharing the waters of the Nile due in large measure to Ethiopia’s construction of the GERD.