What Happens When Investors Make a Cattle Call on Ranching Indonesia’s Aru Islands?

What Happens When Investors Make a Cattle Call on Ranching Indonesia’s Aru Islands?

Four cattle-ranching firms have acquired permits for an area covering almost 62,000 hectares on Trangan Island, one of the most pristine of the Aru Archipelago. Mongabay Indonesia explores how this came to be.

This story is the second installment of Mongabay Indonesia's series on cattle ranching in Aru. The first story can be found here.

The Popjetur Elementary School was abnormally crowded on that day in October 2017, but not by students like one might expect; by officials and the public. They were all there for a face-to-face meeting related to the planned entry of cattle ranching investment.

On the walls of the school, there are banners for face-to-face events between the Minister of Agriculture and the village government and farming communities throughout the South Aru District.

Yosias Siarukin, a resident of Popjetur, was curious to see the meeting and tried to approach. Yosias once fought against the entry of sugar cane plantations,  PT Menara Group in his area, so he was always wary when he saw official meetings in the village.

Sure enough, the meeting turned out to be a promotional event concerning ranching.

"I saw that in the group there was a big businessman named Haji Isam. Haji Isam introduced himself as a farm manager,” said Yosias, last June.

Yosias said the meetings didn’t involve all the Indigenous stakeholders, many of whom should have been represented.

"Ladies and gentlemen, hopefully next year (2018) we will send cows here, in this place, our sub-district head will send at least 200 large cows here," said the agricultural minister in a video clip of the meeting Mongabay Indonesia received.

After Amran's visit in 2017, officials from the Ministry of Agriculture then visited Aru during the same year with 10 cows, which were immediately taken to the Animal Husbandry Center, about two kilometers from a residential area.

The Government of the Aru Islands Government responded to the visit of the Minister of Agriculture's group in May 2018 by holding a public comment meeting on the cattle husbandry investment plan, attended by representatives of four companies that planned to start cattle ranching

In July 2018, two groups of companies, accompanied by the Maluku Agriculture Office, arrived for further meetings and community dialogue

"In their meetings, they promised 2,000 cows to help us," Yosias said, but since then, the community has never heard of further investment. Meanwhile, the cows at the center died one by one.

The 2017 national beef outlook data shows that the per capita consumption of beef for the Indonesian people in 2017-2021 has grown by an average of 6.30% per year.

The projection of the Ministry of Agriculture is that national beef consumption in the next five years in aggregate will grow by an average of 7.55% per year.

The study from the Ministry of Agriculture claims that beef self-sufficiency could have been achieved in 2021, with an estimated beef surplus of 9,190 tons.

In 2017, BPS data shows the national beef production of 486 319.65 tons. That year, Isam's company had obtained a cattle breeding permit for about 20,000 hectares in Bombana, Indonesia. In 2019, permits were issued for four cattle breeding companies covering an area of ​​61,567 hectares on the Aru Islands.

The COVID-19 pandemic had caused beef imports to plummet in 2020 due to a decline in purchasing power and a decline in household incomes. However, in 2021—based on the projection from the Ministry of Agriculture that year, Indonesia was supposedly self-sufficient in beef production. But, in fact, it imported more.

In 2021, Indonesia will import 84,950 tons of beef or buffalo worth US$288.45 million from India, the country of origin for Indonesia's largest cattle/buffalo imports.

While still struggling with the COVID-19 pandemic, in 2022, Indonesia faced a new outbreak, the mouth and nail disease (FMD) virus which began to spread in Aceh and East Java and spread to various regions.  The virus is thought to have been carried from imported buffalo/beef meat, including from India.

For Minister Amran, to achieve progress and prosperity, there were only two ways forward: attracting investment and exporting cattle, because the government's budget was limited. Investment in cattle ranching in Aru was opened up to, among others, four companies.

A Forest Watch Indonesia (FWI) search from the official document of the Directorate General of General Legal Administration (AHU) of the Ministry of Law and Human Rights accessed in 2019 shows that several people related to the Jhonlin Group occupy the commissioners and directors of these companies.

BKR is also connected with the Jhonlin Group.

Its director, Ahmad Ricky Wiandi, has been a corporate finance supervisor at the Jhonlin Group, since September 2016. Meanwhile, the commissioner, Ezra Subandriyo, has also been a marketing operations supervisor.

An abbreviated version of this story was produced with the support of the Earth Journalism Network and was originally published by Mongabay Indonesia on October 11, 2022. It has been edited for length and clarity. 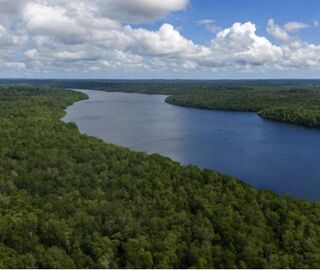 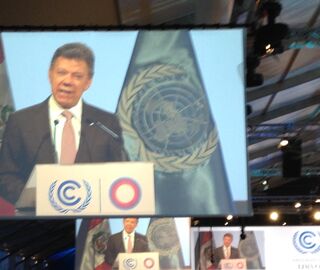