Where have Kerala's sardines gone?

Where have Kerala's sardines gone?

The myriad effects of climate change, including global warming, has seen sardine catches dip alarmingly in India’s southern state Kerala, impacting the lives and livelihoods of thousands of poor families 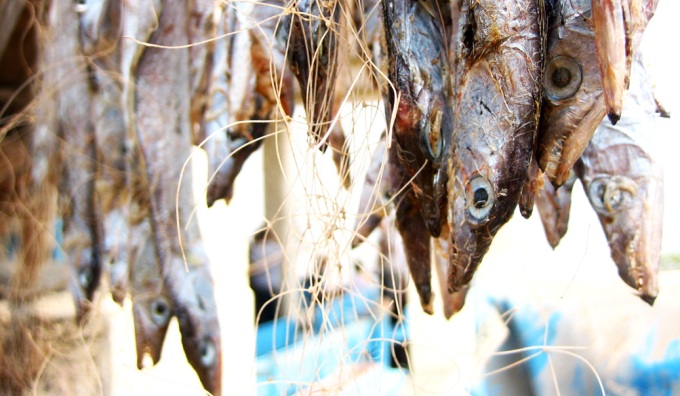 The effects of climate change, marine pollution and growing corporatisation has seen the popular sardine all but disappear from Kerala’s waters, leading to dipping incomes for fisher-folk in the southern Indian state and depriving the poor of a food staple that is high in nutrients and low in cost.

For the state with a 580-kilometre coastline on the edge of the Arabian Sea, the monsoon usually means torrential rain and abundant fish. Though the rains began on time – on June 1 – this year, there has been a 30% deficiency over last year.

“During the monsoon, we were blessed by a heavy harvest of sardine fish. Whatever the crisis, we could fill our stomachs with sardines. This year, however, not a single yacht carrying sardines reached the Kerala shore,” said Charles George, convenor of the Coordination Committee of Fishermen’s Organisations in Kerala.

The fish, considered amongst the world’s healthiest foods, is much in demand, not just for its affordability but also its high health quotient. Called the ‘golden fish for the poor’, it is high in Omega 3 fats that help ward against heart diseases and cancer and in essential nutrients like Vitamin D. Its rapid disappearance is not only threatening food security but also the health and livelihoods of the poor.

“Depletion of sardines is not a new phenomenon. But for the first time in 30 years, there is an absolute vacuum,” said K. Moideen Kutty, who at 83 is amongst the oldest fishermen in the village of Poondhura near the state capital Thiruvananthapuram.

The myriad effects of climate change are responsible, believe experts. John T. Everett of the Intergovernmental Panel on Climate Change (IPCC) said in a report on climate change and fisheries that global warming has impacted fish eggs in streams or on the sea floor as they require a minimum current speed for oxygenation. Many species, including sardines, require fresh water to induce spawning. Increased heat and less freshwater because of deficient rainfall can disrupt the process.

A CFMRI team led by Sunil Kumar Mohammed, which has been observing the volatility of oil sardine catches in Kerala, agrees. “We are not jumping the gun with any unauthenticated conclusions. In the month of June, sardine fish landings dipped to almost negligible levels. We cannot rule out better catches in the coming months, but climate change is one of the main reasons for this,” said Mohammed.

“Apart from climate change, relentless overfishing of juvenile sardines is a matter of great concern,” said Sanjeev Ghosh, activist and former additional secretary of Kerala’s department of fisheries. “Despite many strictures, overfishing with giant nets is still going on. This is not to fill stomachs but to satisfy someone’s greed.”

With corporate interests entering the waters, juvenile sardines are being caught en masse. The fish are dried, crushed, powdered and sent to fodder-making industries in neighbouring states, said an official. This is not only endangering food security but also leading to the collapse of sensitive marine fish cycles.

According to the Kerala fisheries department, there are over 25,000 fishing boats in the state’s waters – 21,000 have outboard engines, 594 are traditional inboard engine boats and there are 3,200 trawler boats. Many trawlers violate the trawling ban and fish by using gillnets, said an official.

“Fishermen can’t be mute spectators. Without control on trawling boats it is impossible conserve our traditional fish sardine,” said Charles George of the fishermen’s committee.

Cutting across political affiliations, fishermen organisations in Kerala have issued a joint five-point charter to preserve sardines – ban on catching and selling juvenile fish, stopping night fishing during the monsoon, investigating incidents of violation and putting a stop to them and the strict implementation of the trawling ban.

Overfishing in Kerala only reflects what is happening globally with 70% of fish stocks either fully exploited or depleted and losses of up to $50 billion a year, according to a joint World Bank and Food and Agriculture Organization report in 2013.

“When there is abundance of fish, we need help to pull the nets.” Latin American writer J.A. Perez’s words underscore the importance of collective action. In Kerala, too, the situation requires collective action to save the sardine and people who depend on it for sustenance.