This story originally appeared in the Blue Ridge Press.

In December, the nations of the world agreed once again to do nothing about climate change.

And just as the science of climate change is more clear than ever, so too, are the politics: Whether led by President George W. Bush or Barack Obama, the United States is thwarting meaningful action on climate change. As people around the world lose faith in the U.S. government, it’s long past time for individual Americans to think rationally—about both science and economics. It’s time to act with compassion toward those whose lives are already being affected by climate change.

Following the closing of the United Nations climate talks in Cancún, Mexico, I shared an airport shuttle with a woman from South Africa. Delegates from every country except Bolivia had just agreed again to delay action on everything from carbon emissions reductions to funding adaptation projects in developing countries, where the impacts of climate change are most severe. She’s disappointed: “They agreed last night that they were pleased to be going home,” she said.

Adapting to climate change isn’t about saving the environment, she says. It’s about economics and survival. But the American people tell their leaders not to act, she says. In a democracy, after all, elected leaders carry out the wishes of citizens.

That wasn’t the first conversation I had in Cancún with someone baffled by U.S. behavior. Time and again, whether riding the bus, standing in security lines, or eating dinner, I met people from across the world who asked me what is happening in America.

They do not understand why the U.S. government has for 20 years challenged a binding international agreement to cut carbon emissions, mitigate the impacts of climate change, and help developing nations deal with drought, rising seas, or floods that destroy infrastructure. People from Senegal, Ghana, Zimbabwe, Panama, Columbia, India and across the European Union asked me why the American people don’t care about climate change.

Despite the actions of my government, I try to explain that many Americans do care about climate change.

States like California are trying to lower greenhouse gas emissions and create incentives to help both businesses and regulators by reducing emissions and boosting the clean energy economy. A new rule in New Mexico ensures that soon the state’s polluters will have to reduce their carbon dioxide emissions by three percent a year from 2010 levels. And the state approved a separate proposal paving the way for participating in a cap-and-trade plan under which 11 states and Canadian provinces have agreed to establish a regional, market-based emission reduction program.

In November, eight municipalities—Boston, Cambridge, Grand Rapids, Florida’s Lee County, Flagstaff, Miami-Dade, San Francisco and Tucson—received funding from a nonprofit organization to participate in a program to help local governments prepare for climate-change impacts that are already occurring. Connecticut, Maine, Colorado, and Florida already have statewide action plans to deal with climate change; others are studying its impacts and economic consequences.

In the United States, the significant action on climate change—whether state laws mandating the use of renewable energy or municipal improvements to public transportation systems and bike routes—is happening at a local level. But it’s not nearly enough. Citizens need to urge the federal government to act. And we each have work to do within our own lives.

Speaking during the UN’s opening ceremony, the chair of Intergovernmental Panel on Climate Change, Rajendra Pachauri, said that the warming of the climate system is unequivocal. But he also pointed out that lifestyle changes can contribute to climate change mitigation.

In other words, individual choices matter. Each of us can cut our consumption of electricity and fossil fuels. Consumer choices matter, as do investments in companies that act responsibility and reduce their carbon footprints.

Most of the people I met in Cancún have already accepted that the U.S. government will never lead on climate change. But they still wonder why the American people fall for the histrionics of industry-funded climate change deniers when the science of climate change is clear. They are waiting for Americans to pay attention to the rising seas, the Amazon’s burning forests and the glaciers melting from mountains across the globe. They are waiting for citizens to demand that the United States become a responsible member of the international community.

But they’re not going to wait for long. That became painfully clear to me as I headed toward the airport with my fellow South African passenger.

“Everyone used to want to be like America,” she said. “I think that is not the case anymore.”

Laura Paskus reported from COP 16 in Cancún as an Earth Journalism Network 2010 Climate Media Fellow. EJN is a project of Internews, an international media development organization. This is the project’s first year bringing U.S. journalists to the UN climate talks.Comment on this column at www.blueridgepress.com. 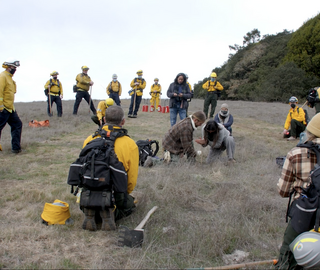 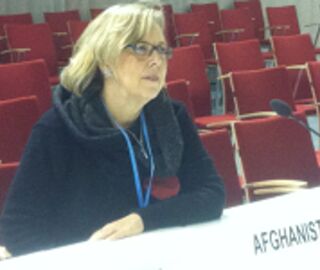 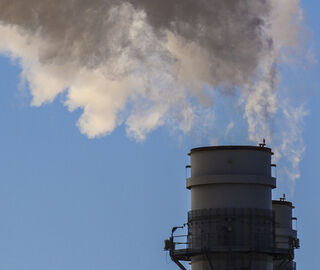 Vung Ang and Suralaya: So Far yet so Close in Experience
© 2021 Earth Journalism Network All rights reserved.