As the Kenyan government embarks on implementation of its Marine Fisheries and Socio-Economic Development project (KEMSFED) to promote sustainable development of marine fisheries resources, a group of women in Makongeni area of Kwale County along the country’s Indian Ocean Coast is leading the way in increasing marine fisheries production. The Baraka Women Conservation Group is engaged in mariculture or rearing of marine fish as a source of income and for conservation of the coastal environment.

There is a saying that teaching a person how to fish instead of dolling fish to them is empowerment, but in Kwale County, along Kenya’s Indian Ocean Coast, a group of women has gone beyond just learning how to fish and is rearing fish.

Due to cultural constraints, fishing has been a preserve of men. However, with no steady sources of income and seeing their men’s catch steadily decline due to overfishing, the women decided to venture into mariculture. Mariam Mohammed Mwarandani, Chair of the Baraka Women Conservation Group, says the group has 24 members, 20 women and four men.

She said they started the project as a way of generating income to solve problems that they were facing at the household and community level. She adds that they have an average harvest of 400 kilogrammes, and they earn Kenya Shillings 200,000 (USD$2,000) per pound, per harvest. She however reiterates that it has not been an easy journey for they faced many teething problems, which they surmounted, thanks to support from the Kenya Marine and Fisheries Research Institute (KMFRI).

Mwarandani explains that they did not even understand that some species could not be reared in the same pond because they lacked training and extension services.

“We ourselves assumed the role of experts for pond digging and fish rearing itself,” she said. She notes that they also faced challenges related to managing the ponds especially during the rain seasons. “Some of the dykes and embankments put up to protect the ponds are frequently breeched by flood waters during the rainy season and repairing requires labor so we have to hire men and pay them,” says Mwarandnani.

Being pioneers in practicing mariculture, they have had to work closely with KMFRI and other stakeholders. Dr. David Mirera, assistant Director, Kenya Marine and Fisheries Research Institute, says that KMFRI assisted the community to construct fishponds in inter-tidal areas without affecting mangroves found in the said areas, and worked with them providing them with skills and financial support to construct four bigger fishponds of 1,000-2,000 square meters.

The Kwale County government has also been supportive of the project and is keen to assist the group in surmounting the obstacles that it is facing. Martin Kiogora, County Director of Fisheries, Kwale County, says plans are underway to provide the women with fish handling facilities through cold stores, cooler boxes and freezers.

Because of their interest in climate change mitigation, the women are also involved in raising mangrove tree seedlings for planting in degraded areas along the coastline and for sale. Binti Ali Mwadzemba Swaleh who is the Secretary of Baraka Women Conservation Group observes that they obtain seeds from the forest to establish the nurseries where they take care of the seedlings until they reach transplanting stage. They also sell the seedlings to the Kenya Forest Services and groups that are involved in afforestation along the coast.

Proceeds from the sale of mangrove seedling just like those from fish is shared among members. Owing to the huge role the tree species plays in the coastal ecosystem, and the difficulty in obtaining the seedlings, they decry the low price of seedlings that retail at Kenya Shillings 20 (USD$0.20), which is on the lower side. KMFRI is empowering community groups to participate in the growth of Blue Economy and reduce the huge pressure on wild catch in the ocean occasioned by the large number of artisanal fishermen, David Mirera, says they train the women group members on making fish feed.

Mirera, who is in charge of Mariculture research at KMFRI, says mariculture is a women centered development that enables them to engage in conservation of the environment through mangrove trees growing and in activities like seaweed farming.

This story is a summarized version of the video, which is in Swahili and English, and it was produced with the support of Internews' Earth Journalism Network. It originally aired on KBC Business TV on 27 October 2021. It has been lightly edited for length and clarity. 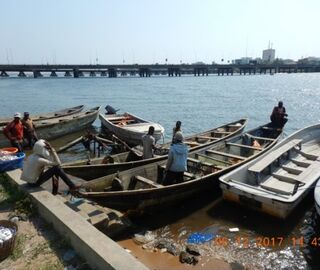 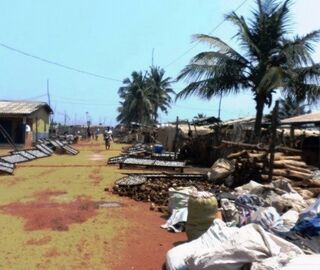