Women of the Mountains

Women of the Mountains

MOUNTAIN PROVINCE, Philippines - In the small village of the Pidlisan tribe in picturesque Sagada, northern Philippines, the mountains and the skies serve as the traditional farming calendar. When the sun rises over a peak in Mountain Province, the elders declare lakat, the start of the rice cycle.

But the uncertain climate is disrupting the community’s farming schedule and eroding their culture. The tribe, which has a population of more than 2,500, is struggling to adapt to these changes. They are among the Applai people in Mountain Province. They also proudly call themselves Igorots or “people from the mountains.”

In the community’s fight for survival, women are taking the lead.

IN 360° - This video takes you to the ancestral land of Merly Deppas and Jennifer Rimando, two Igorot women who are leading the fight to preserve their way of life. Narration by Atom Araullo.

Forty-three-year-old Merly Deppas, president of the Guessang Farmers Organization, grew up tilling the rice terraces built by her ancestors.

“I’ve been farming since I was a child. We start seeding rice grains around October. By December, we then start planting. That’s our typical schedule. After our rituals, that’s the cycle we follow,” she said.

The farming cycle of the Pidlisan tribe involves a series of rituals performed at the dap-ay, the traditional center of governance where the lakay (male elders) of the village gather.

“When seedlings grow their first leaves, we hold the begnas di yabyab rice ritual. Then the community observes another ritual called wange, which is performed before planting,” said Lakay Hayda Lonogan, highlighting some of the tribe’s traditional knowledge and practices.

He explained that when wange is performed, a mother pig that has given birth twice or more is butchered in the hope that the seedlings to be planted will bear many tillers and bring about a bountiful harvest.

However, the long hike going to Bomod-ok falls, a tourist destination, reveals that the harvest of indigenous farmers is in peril. More and more rice paddies are drying up. Many farmers are abandoning the terraces for tourism, where income is more certain.

“We harvest late. While there are rice varieties that can be harvested within three months, the problem is that rain usually comes around December. But now, because of climate change, there is no rain in December. Droughts even start in November,” Deppas said.

Worse, two typhoons hit her region in 2018, destroying the crops.

Around the world, more records for extreme rainfall and droughts are being set, often with severe impacts for vulnerable communities, recent studies show.

In Sagada, Mountain Province, indigenous dances are performed during the planting season and other community gatherings / Credit: FYT

After each dry spell or storm, some farmers like Deppas return to their rice paddies, never giving up and finding new ways to adapt.

Deppas leads an organization that mobilizes the elders, farmers, and the youth in her community to keep farming practices alive on the rice terraces built by their ancestors.

Her group is now combining tradition with innovation through an environmentally-friendly farming method called System of Rice Intensification (SRI).

“If typhoons don’t hit, we can get as many as four double sacks. That’s how different SRI is compared to our past farming methods,” said Deppas.

Depending on the rice variety, the farmers under her group plant 20 to 30 seedlings with a distance of 15 to 20 centimeters in between. Seedlings are planted together to ensure that at least one survives in case the other dies. After a week, they apply a liquid organic fertilizer.

“We make it ourselves. Its ingredients include banana stalks and green leafy weeds. Leftover banana peelings are used to make digi or rice hull, which we mix ourselves,” Deppas explained proudly. 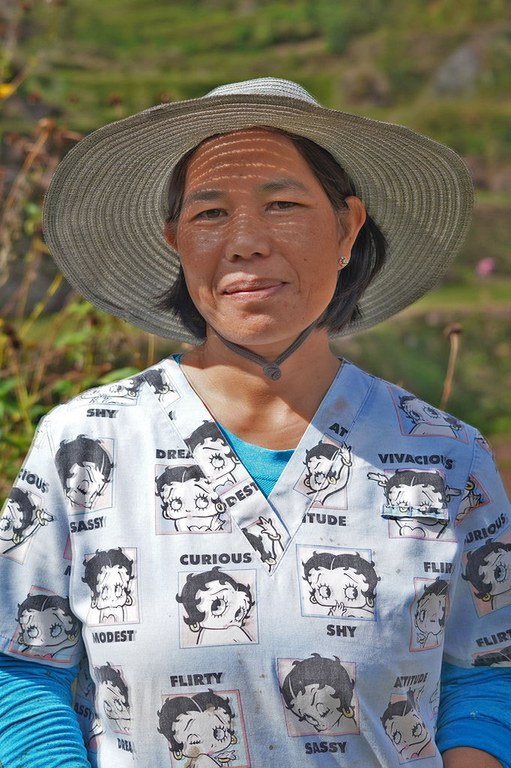 The people of Sagada are also planting the seeds of sustainable agriculture in their schools and backyards, training the youth before they forget their indigenous practices and completely abandon their farms.

Meanwhile, another woman is continuing what her grandfather, known in her community as Ola, started -- growing a coffee beneath the forest.

“Before, only pine trees grew on our mountain,” recalled 36-year-old Jennifer Rimando, sharing how her grandfather “saw the possibility of planting coffee under pine trees” after attending a training on integrated farming systems in 1997.

Rimando now manages the Ola Organic Coffee Farms (OOCF) in Aguid, Sagada. She employs women and encourages them to grow coffee in their backyards.

“If it is Arabica, you need to show tender, loving care, especially when you harvest it. It’s mostly women who show this trait in the farm,” she said.

For Rimando, planting coffee under the pine trees is not only an additional source of income, it has also encouraged many members of the community to protect their forest, which is about 81 percent of the Pidlisan ancestral domain.

“We see establishing a coffee farm here in the mountain as a way of building an agroforest,” she said, noting that civet cats and birds that migrated return to their forests, especially during harvest season. 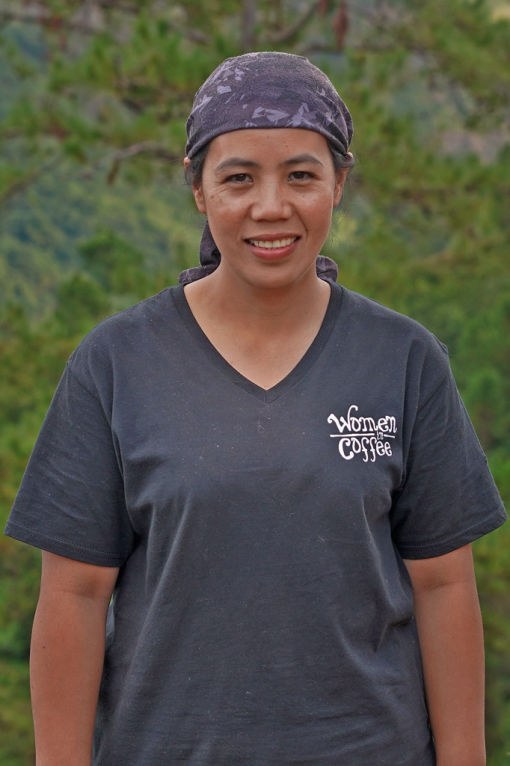 Like Deppas, Rimando encourages indigenous farmers to embrace new farming technologies that are not detrimental to their indigenous way of life. For her, culture and innovation need not clash.

“When I took charge of the farm, I saw best practices from other countries that we could adopt. The trainings I attended taught me to get out of my comfort zone. That’s what my grandfather did when he established this farm.”

Reporting for this story was supported by a grant from Internews’ Earth Journalism Network and the Southeast Asia Press Alliance.