SAN FRANCISCO -- A major international climate summit last week provided a positive outlook for the planet as business executives, governors and mayors from around the world came together to commit to efforts to combat climate change.

But it will take a lot more than speeches, pledges and inspiring videos to achieve those promises. 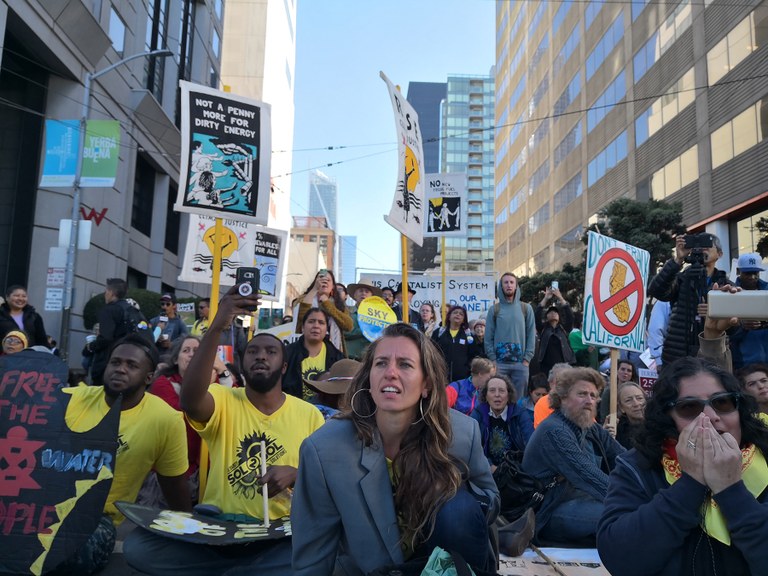 California hosted the Global Climate Action Summit in San Francisco just three months ahead of an annual United Nations Climate Change Conference, where nations will be expected to start implementing the plans they devised to meet the goals of the Paris Agreement.

Under that voluntary accord, nations set targets for reducing their carbon emissions in an effort to limit global warming to below 2 degrees Celsius.

California has made significant steps in moving toward a low-carbon economy through programs that boost the use of electric cars and carbon-free energy. Just days before the GCAS, Governor Jerry Brown signed legislation that requires all of the state’s electricity to come from renewable sources, such as solar and wind, by 2045.

Moves like that have set California apart as a global leader and come amid efforts to roll back environmentally friendly policies by US President Donald Trump, who has vowed to withdraw the US from the Paris Agreement.

Former New York City mayor Michael Bloomberg, now serving as the UN's special envoy for climate action, said the Trump administration couldn’t keep the US from fulfilling its commitment to that agreement.

"Small steps are being taken across the country,” he said in a speech at the GCAS. “Even without help from Washington, Americans are making progress.”

Progress for some, not all

If countries want to achieve the carbon-reduction targets they committed to under the Paris Agreement and prevent the negative impacts of global warming, greenhouse gas emissions must peak by 2020 and subsequently drop, according to climate-focused groups who say it will be harder to reverse the effects of these emissions after this date.

Under the agreement, countries have pledged to keep the average temperature rise below 2 degrees Celsius.

Among the many commitments made during the GCAS, was one by dozens of mayors from major global cities who pledged to develop ambitious action plans by 2020 aimed at reducing greenhouse gas emissions and adapting to climate change.

Former US vice president and prominent climate campaigner Al Gore praised the event for its “success.”

But not everyone regarded the event so positively.

Environmental activists and indigenous groups, many of which are directly affected by climate change, protested in front of the summit venue on the morning it opened. Dealing with climate change is about more than just market-based solutions, they argued, calling the GCAS “a trade show.”

“People are losing their lives because of profits,” one protestor shouted into a microphone. Another said climate change has threatened his native culture and tradition.

Some protestors slammed Gov. Brown for not being a "real" climate leader, given that California is still one of the top oil-producing states in the US.

“Keep it in the ground,” they chanted.

Some protestors even managed to get into the summit and interrupted Bloomberg's speech.

Recently, the need to address climate change has gained new urgency, particularly for those living on its frontlines. Communities in the Asia-Pacific are facing rising sea levels while indigenous people in the Amazon and elsewhere are confronting the loss of tropical forests they depend on for their livelihoods.

As participants gathered in San Francisco for the GCAS, Hurricane Florence hit the US state of North Carolina and Typhoon Mangkhut battered the Philippines, resulting in the evacuation of thousands of people.

Despite these examples, many countries have failed to take action. In 2001, the US and several other nations declined to sign onto the 1997 Kyoto Protocol, an ambitious effort to reduce greenhouse gas emissions. The 2009 climate conference in Copenhagen ended in a non-legally binding accord that critics said fell short of what many countries, particularly developing ones, hoped for.

The agreement reached in Paris in 2015 was hailed by many for putting the world on the path to limiting climate change. Whether it achieves its goals remains uncertain.

But the commitments made at GCAS delivered an important message that local leaders, business and individuals are also working toward combating climate change. And progress no longer depends only on national leaders.