Protected areas on earth now account for 14.7 per cent of the earth's land mass and 11.95 per cent of territorial waters. This is according to the 2016 Protected Planet report which was launched by the IUCN and UN Environmental Programme (UNEP). The report which says the world is on track to meet a major global conservation target was launched at the IUCN World Conservation Congress in the US island state of Hawai'i.

"Today, the world is facing critical environmental and societal challenges, such as climate change, food and water security," IUCN Director General Inger Andersen says. "Protected areas play a major role in conserving species and ecosystems that help us confront these challenges. Ensuring that they are carefully mapped and effectively managed is crucial if we want to continue to prosper on this planet."

In 2010 the UN Convention on Biological Diversity (CBD) resolved under the Aichi Biodiversity Target 11 to increase protected areas to 17 per cent of terrestrial and inland water areas and at least 10 per cent of coastal and marine areas. This target is yet to be met. Excluding Antarctica the UNEP/IUCN report shows that 20 million square kilometers is what the world's 202,467 protected land areas represent. This is 14.7 per cent against the Aichi Target of 17 per cent.

The 20 Aichi targets had five strategic goals aimed at reducing pressures, improving, enhancing biodiversity benefits and stalling causes of biodiversity loss. Regarding protected areas Aichi Target 11 specifically states that "areas of particular importance for biodiversity and ecosystem services," should be "conserved through effectively and equitably managed, ecologically representative and well-connected systems of protected areas and other area-based conservation measures, and integrated into the wider landscape and seascape."

On this target Caribbean and the Americas nations lead in having the largest protected land areas. Brazil is the world's top nation hosting the world's largest protected area with 2.47 million square kilometers of its land under protection. The US on the hand hosts the largest marine reserve following President Barack Obama's latest order expanding Hawaii's iconic marine monument the Papahanaumokuakea.

President Obama's move had been preceded by countries like Palau, Malta and Chile which created expansive marine parks in the recent past. In October 2015 Palau which is a tiny western Pacific Ocean island nation created a 500,000 square kilometres marine park. In the same month Chile created Nazca Desventuradas Marine Park covering some 297,000 square kilometres. Malta took the step in June this year to create eight special marine conservation areas to protect marine life and avian species as well. While oceans cover 71 per cent of the earth only four per cent which is an equivalent of 17 million square kilometers are protected. This is however seen as successful considering that in 2006 only 4 million square kilometers of marine areas were protected.

The lowest land protection in the world stands at 3 per cent which translates to some 119,000 square kilometers is in the Middle East.

Even though the report paints an optimistic picture for conservation it also draws out worrying trends noting that crucial habitats and species are inadequately represented and key biodiversity hotspots are being left out. A major challenge facing conservation is gnawing wildlife management weaknesses stifling protected areas from becoming robust.

Exclusion of communities living around protected areas and hostility towards indigenous peoples has been blamed in the past for giving protected areas a bad name and in extreme cases leading to the expropriation of tribal lands. 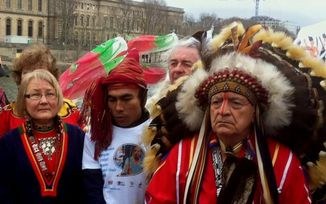 Low morale among wildlife parks rangers, poor pay and difficult working conditions have been cited as among the reasons encouraging corruption and leading to increased poaching and species loss. A separate study conducted around several parks in Africa by the German aid agency GIZ and IUCN released mid this year identified the best practices for law enforcement in protected areas. Equipping protected areas managers, boosting their capacities, involving communities and training on intelligence gathering and security among other support mechanisms stood out as top priorities.

"The huge gains in the number and size of protected areas made in the last decade have to be matched by improvements in their quality," said UN Environment Head Erik Solheim. "The world needs to do more to effectively protect our most biologically diverse spaces. Protected areas need to be better connected, to allow populations of animals and plants to mix and spread. Also important is ensuring local communities are involved in protection efforts. Their support is fundamental to long-term conservation."